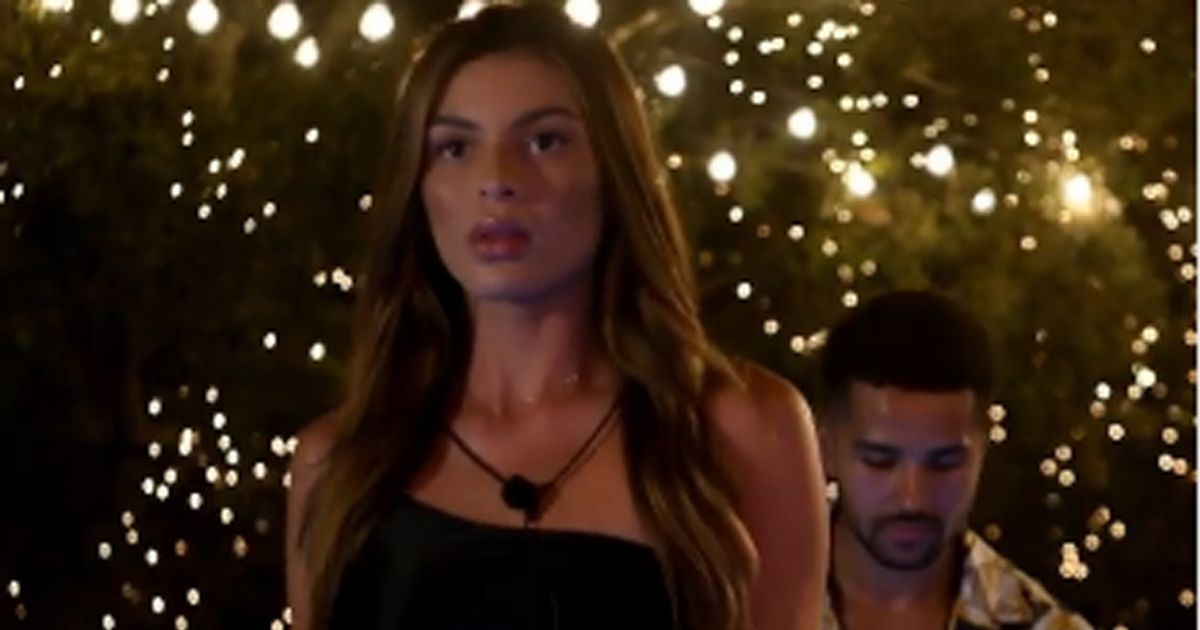 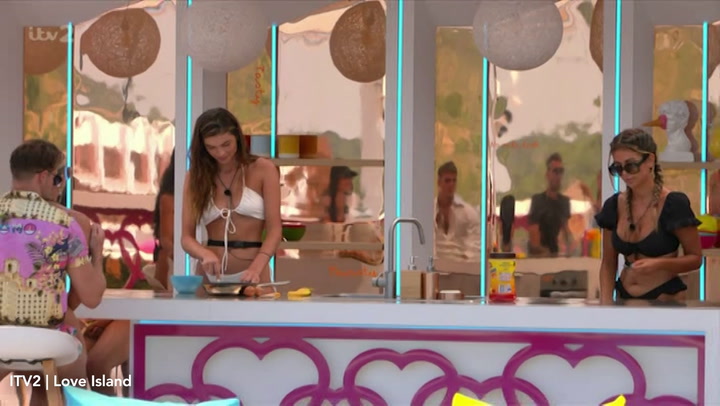 Love Island: Nathalia and Ekin-Su have a pancake-off

Love Island bombshell Nathalia Campos has reportedly “tried to force some drama” between winners Ekin-Su Cülcüloğlu and Davide Sanclimenti as they filmed the reunion show on Thursday.

The annual get-together sees the Islanders gather for one final time to reflect on the series as a whole, with this year’s episode set to be full of conflict.

Nathalia, 23, and Ekin-Su, 27, fell out in the villa as they fought for Davide’s attention.

The fiery girls clashed before competing in a pancake competition — with the Turkish actress winning Davide’s heart and stomach.

During the reunion, which is due to air on Sunday, the pair had yet another cook-off and said the winner of this round would get 27-year-old Davide.

Nathalia and Ekin-Su have already had a cook-off

“Nathalia tried to force some drama (again) at the pancake off, really wasn’t the vibe for it though,” an audience member told The Sun.

They added: “They joked that the winner of this round would win Davide lol. But no, all the Islanders chose which they liked more apparently.

“Jay [Younger] went back for seconds of pancake B.”

The new cook-off comes after Davide sparked rumours of a feud as he unfollowed Nathalia on Instagram, after she said he flirted with her behind Ekin-Su’s back.

The pair were crowned the winners of Love Island 2022

Speaking on Capital breakfast Nathalia joked that, had she arrived in the villa earlier, she would’ve ended up with Davide.

She added: “We didn’t have enough time, that’s for sure.

“But in the little time that we had there was a bit of eye contact, flirting… But they look good together so it is what it is.”

During her time in the villa Nathalia insisted she and Davide enjoyed some “flirty banter”.

The Italian Stallion also unfollowed George Tasker after he revealed he would break up Ekin-Su and Davide by lifting the lid on exactly what happened under the covers at Casa Amor.

George and Ekin-Su shared a bed at Casa Amor

George is adamant the two got frisky, while Ekin-Su continues to deny George’s version of events.

While on his way to film the reunion, George asked his Instagram followers to send in their questions for a Q&A session.

A fan asked: “Have you unfollowed any Islander since you have left the show?”

In a seemingly sly dig aimed at Davide, he used a side-eye emoji and wrote, “Nope,” while also appearing to roll his own eyes in a selfie.