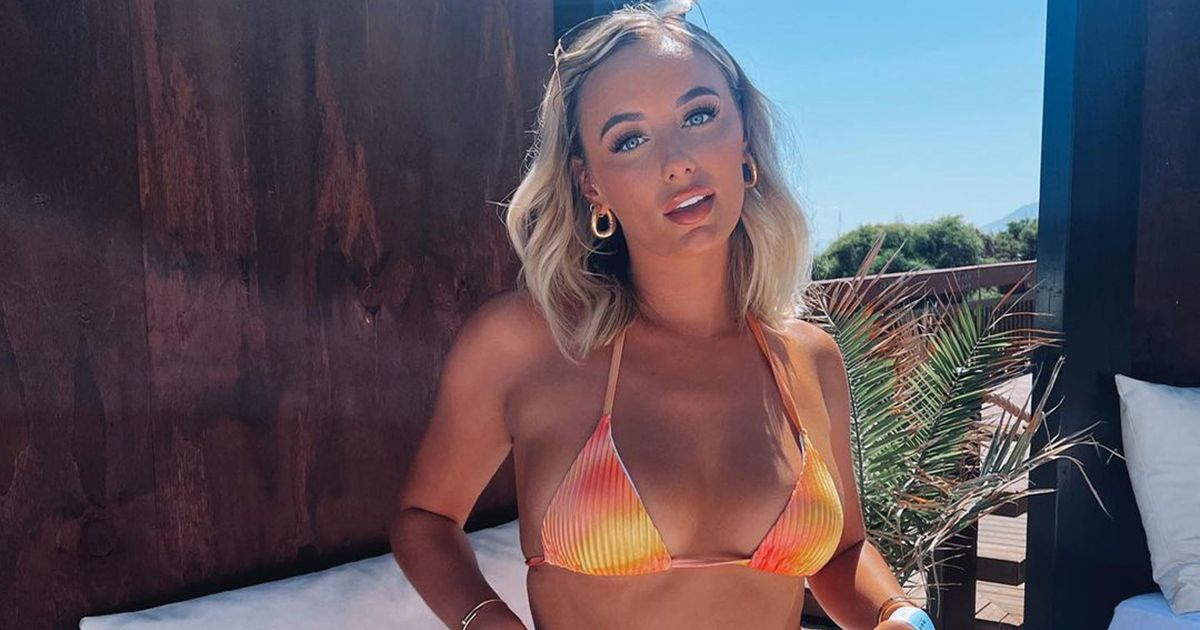 ASOS model Millie Court has explained how her weight gain caused some to think she was pregnant, but she is loving having her ‘bum back’ – preferring her new curvier figure to her size six Love Island physique 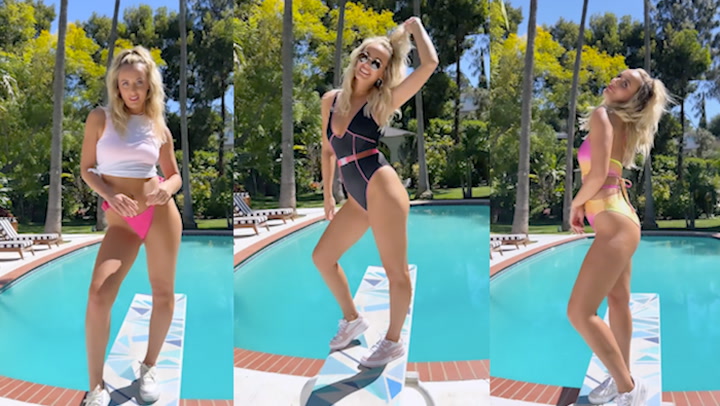 Millie Court models swimwear for ASOS while in Ibiza

Mille Court has opened up about her relationship with her changing body following her appearance on Love Island in 2021.

The blonde beauty, who won the ITV2 show alongside boyfriend Liam Reardon, has explained how she has gained two dress sizes since leaving the villa last summer.

Millie, 25, says her weight gain caused some people to think she was expecting a child with her beau but she is loving having her ‘curves and bum back’ these days.

“There was a point where people thought I was pregnant because I was putting on weight,” the reality TV star told Cosmopolitan magazine.

The new face of ASOS added: “I’ve got my bum back and I’ve got curves.”

Millie’s chat about her changing body shapes comes after she admitted she hated the promotional images of herself in a bikini taken before she first entered the Spanish villa last year.

The star – who is still in a relationship with Welsh hunk Liam – took to her Instagram Stories earlier this month to shed some light on how she feels about the official snaps of herself.

“This pic will haunt me until I die…” Millie began when captioning a picture of herself in a bronze bikini against the official Love Island backdrop.

“Sorry but this just isn’t it. Worst press picture in the history of Love Island award goes to me.

She added: Naaaaaaa my friends told me when this pic launched everyone was saying who the f**k is this 40 year old looks like a mum dropping her kids off at the gate.”

Continuing to poke fun at the old snaps of herself, Millie then shared another image from the shoot and presented a pill to her Instagram followers.

“Let’s settle this – 40 yr old school mum or perfect representation of me,” the Essex babe jokingly put to her fans on social media.

Millie’s discussion about her body image comes as her relationship with former bricklayer Liam goes from strength to strength.

The happy couple in their first home together last October

The real life Gavin & Stacey began their romance in the Love Island villa during last summer’s series – overcoming some Casa Amor hiccups to be crowned the winning couple and receive the £50,000 cash.

Since then the reality TV duo have moved have set up home together in a ‘£1million pad’ together, and earlier this month shot down rumours of a split with a romantic PDA.

“Never needed a cuddle from my boy more than this. So happy to be back home with you,” Millie captioned a video as she reunited with Liam following a girls holiday in Ibiza.

Read More: Love Island’s Millie says she’s got her ‘bum and boobs back’ after going up 2 dress sizes