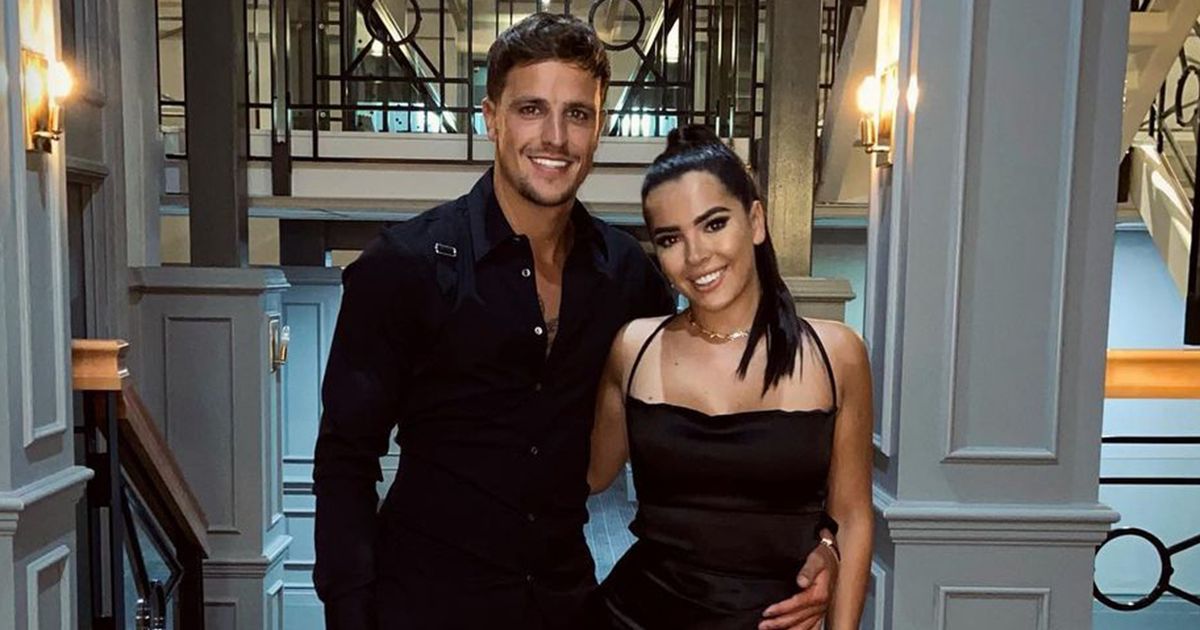 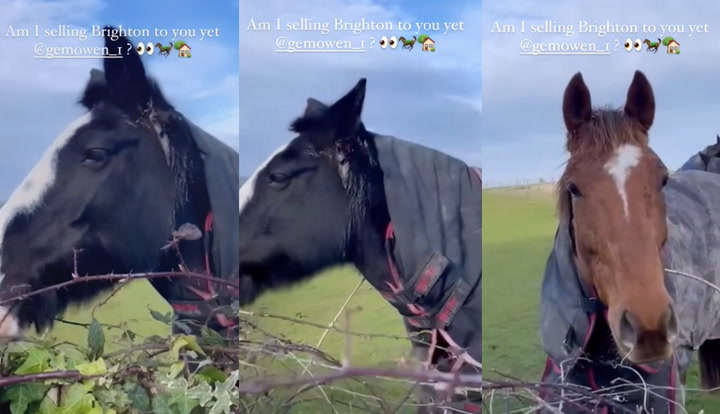 Love Island runner-up Luca Bish shared a public message to Gemma Owen after he admitted the pair had an argument after the reunion show filming.

As he was snapped looking glum outside the hotel, he was seen holding Michael Owen’s daughter Gemma’s handbag.

Sensing some tension between the lovebirds, a photographer quipped to Luca: “You’ve got your hands full there!”

To which the reality TV star replied: “Oh don’t mate! She’s got the right hump with me!”

But, the pair appear to have put their troubles behind them as Luca has his sights set on convincing Gemma to travel to his hometown of Brighton – and possibly move there.

Luca shared a video of two horses stood in front of him while more were seen in the background on his Instagram story.

He then wrote a public message to his dressage rider belle as he penned on top of the clip: “Am I selling Brighton to you yet @gemownen_1?,” followed by an eyes emoji, horse emoji and house emoji, hinting at hopes to set up home with Gemma in Brighton.

Gemma and Luca came second in the Love Island final

Meanwhile, Gemma appeared in happier spirits on Friday as she shared two photos of herself and Luca dressed up as they prepared to reunite with their fellow former Islanders.

Gemma wore a stunning black dress with a split thigh detailing and gold strappy shoes while Luca matched the football star’s daughter as he sported a black shirt and trousers of the same colour.

Luca added some contrast with a pair of white trainers in the photos. The first image sees the pair smiling together while, in the second snap, the couple get more playful with their pose as Luca holds Gemma’s leg up while she pouts at the lens.

As Gemma posted the photos on Friday evening, she penned in the caption: “Reunion night with this one

“It was so good to see everyone again! Don’t forget to watch it on @loveisland aftersun Sunday night @itv2”.

The reunion episode is set to be aired on Sunday night. And ahead of the reunion filming, Love Island bombshell Lacey Edwards told the Mirror it was set to be an explosive one.

Speaking at the launch event for clothing brand WHSKY Label, 25-year-old Lacey said of the wrap party: “It was nice to finally meet everyone you’ve seen and we kind of know but don’t know.”

When quizzed about alleged drama at the event, Lacey said: “I’ve got gossip but I feel like I have to save it for the reunion.

“Lots of fun things went on so…”

The Love Island reunion is set to be ‘explosive’

And when asked if the reunion is set to be explosive, Lacey said: “I put money that it will be! Depends who wants to share what but it was really exciting…”

Meanwhile, at the same event, Casa Amor lad Jack Keating also teased some drama from the wrap party, too.

Jack said of the wrap party: “I’ve heard from a few people that drama did happen on Monday night but I was just too busy drinking and having a good time.

“I didn’t see anything but I did hear something kicked off but I was too busy having a good time.”

« Marilyn Monroe could still be alive if she hadn't been rejected by her dad, niece says