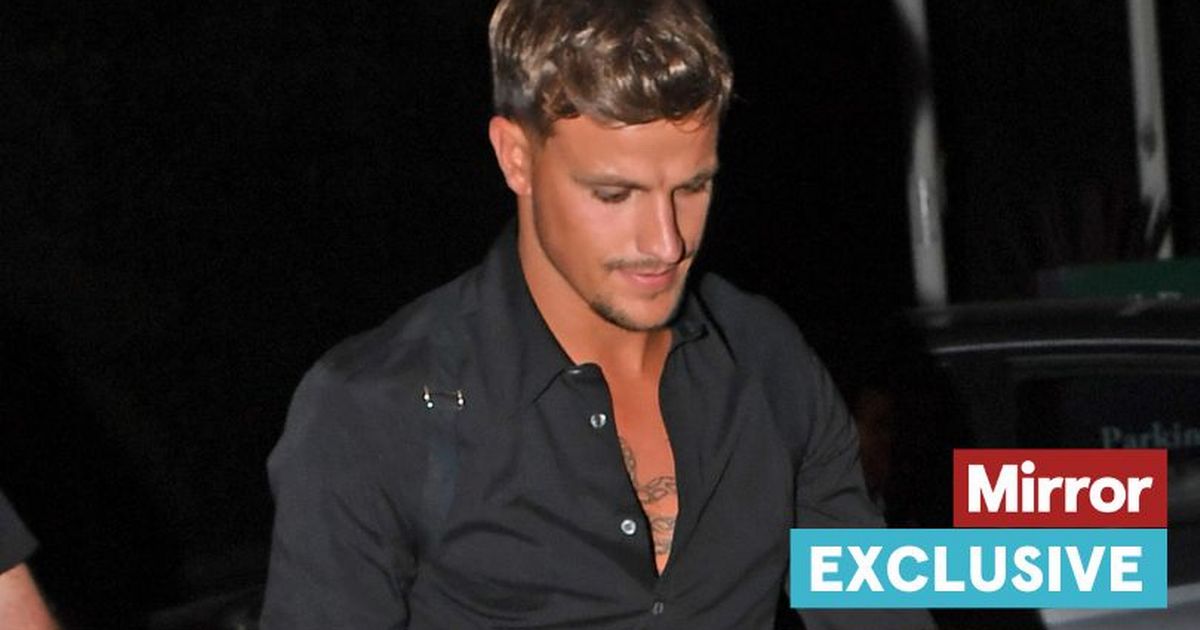 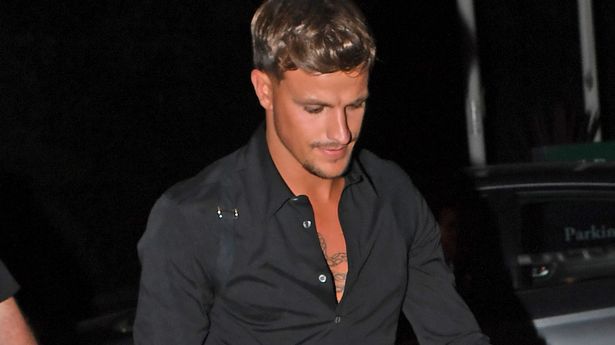 Luca Bish admitted there could be trouble in paradise last night, as he and Gemma Owen were seen storming back into their London hotel separately following a chaotic Love Island reunion.

The reality TV star made a telling comment to a photographer, as Love Island runners-up appeared to look somewhat downbeat as they departed Thursday night’s reunion show together.

The frosty exchange come amid reports Love Island producers were “forced to step in” as a row between two other former Islanders broke out at the reunion last night [August 4].

Michael Owen‘s daughter and the fishmonger from Brighton were snapped looking glum as they wrapped up the night and headed home to their hotel.

Dressage star Gemma tried to keep a low profile in her figure-hugging black dress, while Luca also tried to lay low in his matching black ensemble.

As Gemma, 19, attempted to cover her face as she headed into the hotel, Luca was left trailing behind her with her handbag in tow.

Sensing some tension between the lovebirds, a photographer quipped to Luca: “You’ve got your hands full there!”

The reality TV star replied: “Oh don’t mate! She’s got the right hump with me!”

The comment followed the pair’s frosty taxi ride home together, where Luca looked like he had his mind on something pressing as he gazed with his hand over his mouth.

Gemma, meanwhile, the daughter of former Liverpool and England footballer Michael Owen sat next to him looking equally as serious with her hand across her forehead.

The couple, who missed out on the £50K prize to winners Davide Sanclimenti and Ekin-Su Cülcüloğlu on Monday, both looked glam in black as they made their way over to ITV earlier in the evening.

“How good does she look with her hair up like that?” asked Luca on Gemma’s Instagram story, before she smirked as she posed for the camera.

Prior to that, Gemma, in good spirits, had invited her 1.6 million followers to vote on her story how she should wear her hair ahead of what would become a dramatic night out.

The Love Island reunion exploded in chaos during filming on Thursday night as a row broke out between two Islanders, a guest at the event has said.

The annual reunion, where the stars gather for one final time to reflect on the series as a whole, is said to have been thrown into chaos, forcing producers to step in.

According to onlookers, Casa Amor stars Coco Lodge and Summer Botwe come to blows and got into a “heated exchange”, which fans now think is all down to Coco’s recent comments about Summer’s boyfriend and former Islander Josh Le Grove.

According to onlookers, Coco and Summer got into a ‘heated exchange’

The filming in London took place on Thursday evening, ahead of its broadcast on Sunday

Taking to Twitter, an audience member tweeted: “Just been at the Love Island reunion episode filming, very heated exchange between Coco and Summer production had to step in and close it down.

The pair have subsequently unfollowed one another on Instagram.

The ITV viewer then told her followers how Coco stormed off, with audience members encouraging her to return: “Coco left after that exchange and we had to cheer her to come back in.

Gemma and Luca may have only arrived home days ago but Love Island fans are already convinced they will part ways very soon.

Discussing Gemma and Luca’s body language throughout the final on social media, one fan tweeted: “Why does Gemma always look like she is in a hostage situation?”

“Gemma looks FED UP,” another mused, with a third adding: “Gemma looks like she doesn’t want to be here lol.”

“Can’t wait for Gemma to dump Luca within a week out the villa I know who I voted for #LoveIsland,” was a sentiment shared by many others after the final results were announced by host Laura Whitmore on Monday night.

One cheeky fan even captioned a snap of the couple looking stony-faced: “This is how Diana and Charles were looking like before they divorced.”

Gemma and Luca seemingly tried to brush off the rumours, as they put on a loved-up display when arriving home in the U.K on Monday.