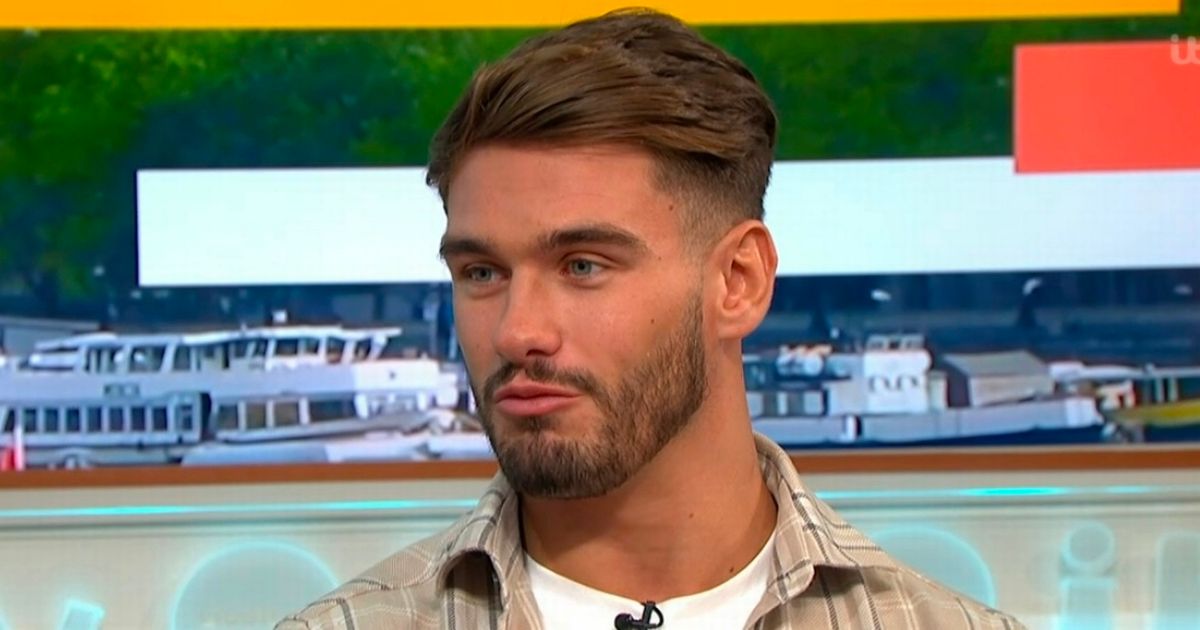 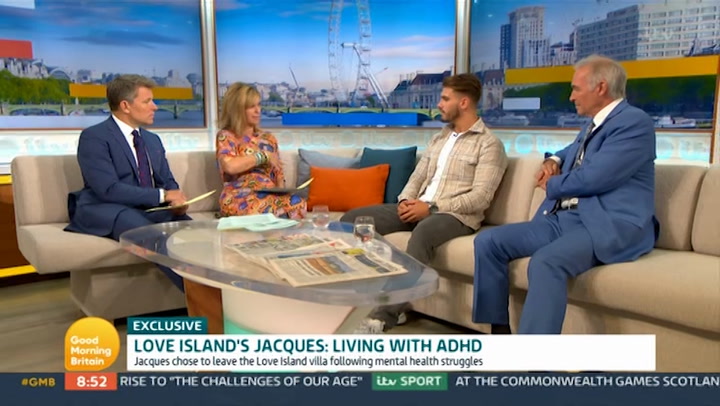 Former Love Island contestant Jacques O’Neill has admitted he almost deleted the social media post about his ADHD when he left the villa.

Shortly after his departure, Jacques said he “massively underestimated” the impact the series would have on him mentally, after his family revealed he had ADHD.

However, Jacques has now said he was “so angry” with his mother for speaking out about him having attention deficit hyperactivity disorder.

Speaking to Kate Garraway and Ben Shephard on Thursday’s Good Morning Britain, Jacques said: “When I got out, I was so ready to delete that but I was so angry with my mum. I was like, ‘why have you put that out? It’s looking like an excuse for my behaviour’.

“With me I’m very like… I deal with everything, it’s not about ADHD. We struggle, people with ADHD will understand me, we struggle a lot different to someone without ADHD.”

Kate then asked him: “So were you worried that it was making it look like you were using your diagnosis as an excuse or something?”

Jacques replied: “Yeah well exactly, I didn’t want people to think that. And obviously it wasn’t that… I feel like my mum, the hate she was getting and seeing her son, she was very scared for me so she felt like she had to put something out.

“But I was close to deleting that and then when I was getting the inspiration,” he added as Ben butted in: “You see the difference it’s making.”

Speaking about when he first quit the Love Island villa, Jacques said: “When I first came out, it was very different for me. I was scared, very scared of life and what was to come next to me.

“When I was in that holding villa after I left, I just wanted my mum, all I wanted to do was just be with my mum and just go into hiding. I was getting so much hate, me and my mum were getting death threats and everything.”

Jacques was ready to delete his social media and step away from the limelight, but he said positive messages from Love Island fans changed his mind.

“I started getting loads of people contacting me and saying I’m an inspiration with the ADHD side and a bit of a role model,” he explained.

“I was getting fully grown men messaging me saying, ‘love you, you’re an inspiration’, I was overwhelmed with it all.

“If it wasn’t for the people supporting me or giving me that love, I’d be in such a bad place, I can’t thank them enough really.”

Good Morning Britain airs weekdays at 6am on ITV and ITV Hub.

« Kentucky man rescues neighbors from deadly flooding: "It was just like being on the Titanic"