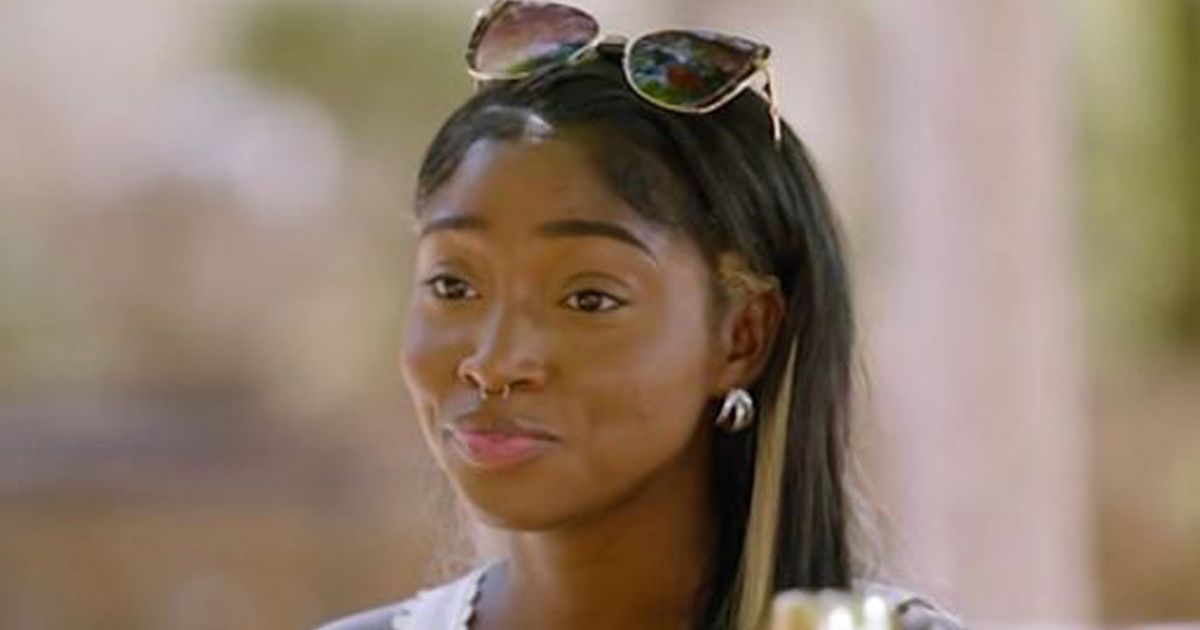 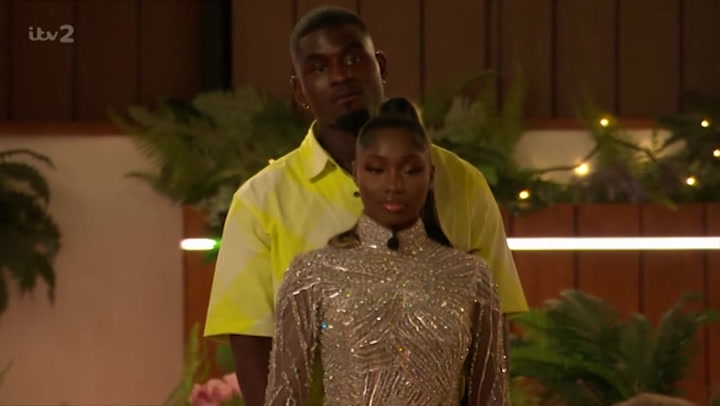 Love Island star Indiyah Polack has been forced to change-up her social media after finishing in third place on the 2022 series with her Irish beau, Dami Hope.

The former hotel waitress, 23, arrived back to the UK on Wednesday following her whirlwind summer in the Love Island villa, where she fell head over heels for Dublin native, Dami.

Indiyah and Dami, who finished in third place in the competition – falling behind runners-up Gemma Owen and Luca Bish and winners Ekin-Su and Davide – looked more in love than ever as they were spotted enjoying a passionate kiss at Stanstead Airport, London, upon their arrival back to the UK.

As they were reunited with their loved-ones, Indiyah posted a sweet picture to her Instagram which saw her and Dami share a special moment together surrounded by their nearest and dearest, and alongside the image, Indiyah penned: ‘Finally’.

Although Indiyah’s snap received endless love from her adoring new fans, the stunning star was however faced with some issues with her social media upon her departure from the villa.

Indiyah was forced to make a speedy change to her Instagram

The Love Island beauty later took to her Instagram stories to explain that she was forced to take action to change her Instagram handle.

Indiyah switched her handle from @1ndiyah to @indiyahhp after followers had struggled to find her due to the fact she had a number at the start of her name.

“Apparently I was shadow banned because of my old handle this is my new, guys,” Indiyah on her Instagram Stories.

Indiyah has changed up her Instagram since leaving the villa

“Hi guys! Just wanted to say a HUGE thank you for all the support and love you’ve all been amazing – it’s been a great journey but it doesn’t stop here!!

“I’ve also changed my Instagram handle so it should be easier for you guys to find me! @indiyahhp,” she also penned on Twitter.

It comes after Indiyah and Dami finished the ITV2 show third after securing their place in the final as the couples battled for the £50k prize fund.

Dami has fallen head over heels for Indiyah

Fans – who watched Tasha Ghouri and Andrew Le Page come in fourth place – were disappointed with the results, and were hoping they would come second place.

Dami, 26, and Indiyah, 23, were the only couple to receive no votes from their fellow Islanders as the contestants voted for who they thought was the least compatible last week.

Show’s most complained about moments

Luca ‘explodes’ over Gemma and Billy