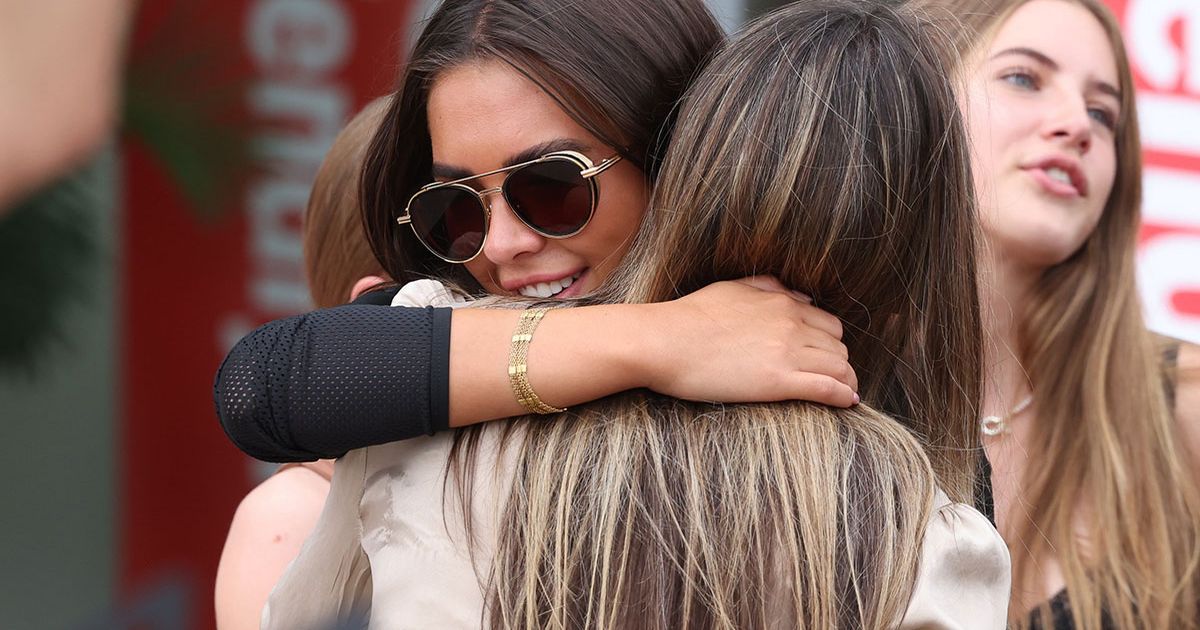 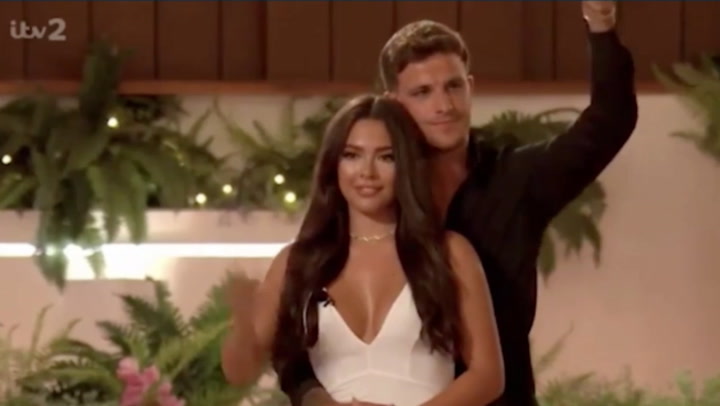 Gemma Owen was greeted with a huge hug from her mum Louise as she returned to the UK with Luca Bish – just days after placing second in the Love Island finale.

As they walked through the arrivals hall, Gemma beamed as she was greeted by her beloved mum.

It’s been days since the pair have seen each other, with Louise entering the Spanish villa last week.

The mother and daughter appeared ecstatic to be reunited once again as Gemma went in for a huge hug.

Meanwhile, Louise couldn’t contain her pride as she embraced her eldest daughter.

The mum-of-three was seen patiently waiting for Gemma at the airport before her flight landed.

Dressed in white jeans and trainers, Louise put on a casual display as she joined the other Islanders family and friends.

She accessorised the look with a Louis Vuitton bag and a beige jumper, which was thrown over her shoulders.

It appears Louise was also accompanied by Gemma’s siblings.

Louise was spotted waiting for Gemma at the airport

The Love Island winners were announced on Monday, with Ekin-Su Cülcüloğlu and Davide Sanclimenti coming out victorious.

Earlier today, the Islanders took to social media to document their final moments in Spain before flying home.

Dami shared a quick selfie video of him and Indiyah patiently waiting in the airport terminal.

Gemma and Luca cosied up before the flight home

The Love Island star was showered with presents

Meanwhile, Gemma cosied up to Luca in a loved-up snap whilst travelling in a car.

The couple have been spent the past few weeks discussing life after leaving the villa, including Luca’s plans to finally meet doting dad Michael Owen.

International dressage rider Gemma reckons Luca and her dad will hit it off immediately.

She said: “They’ll get on and he’ll fit straight in.”

And it appears Gemma’s mum has already given Luca her seal of approval after meeting him in the villa for the first time.

During the episode, Gemma was reunited with her mum Louise and pal Sarah as they gave their verdict on the fishmonger.

As the young couple sat down with their parents around the firepit, Louise brought up the apparent resemblance between her husband and Luca.

She said: “It’s all over social media that Luca looks like your dad.”