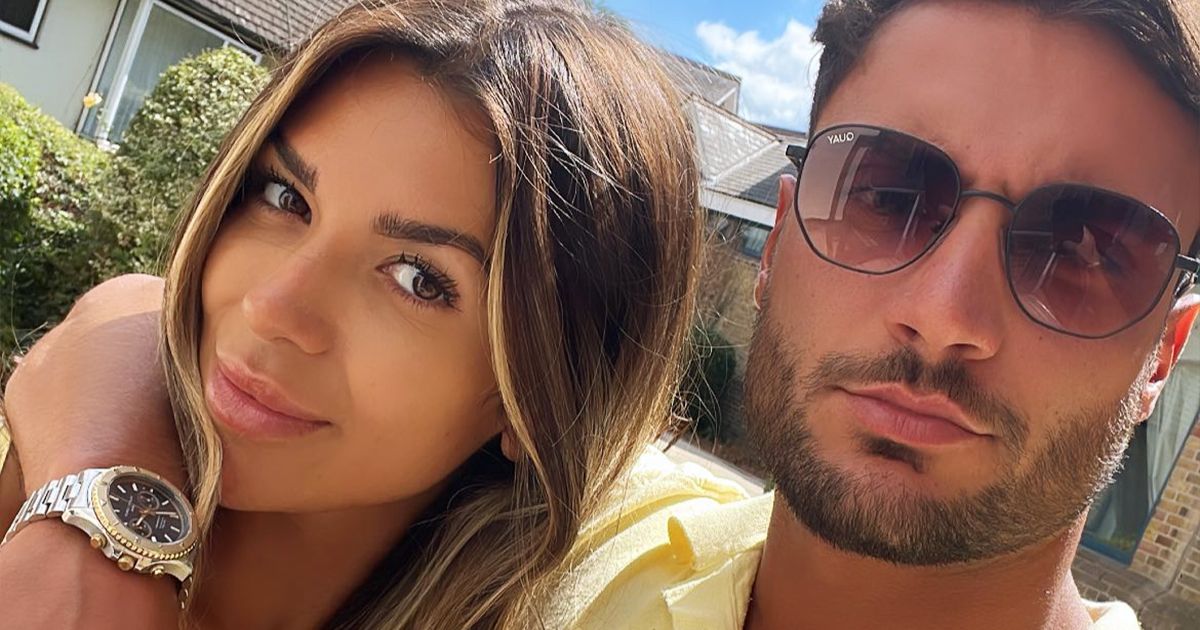 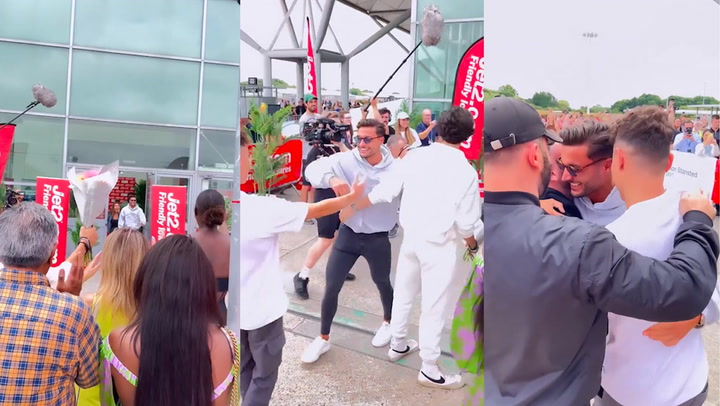 Love Island’s Davide and Ekin-Su return back to London

Ekin-Su Cülcüloğlu and Davide Sanclimenti have given one another adorable nicknames as they parted ways for a few days.

The winners of Love Island are taking some time apart as they spend some time with their families following their return home from the ITV2 show.

Davide, 27, took to his Instagram page to show the couple wearing matching outfits as he bid farewell for the next few days.

Alongside the sweet snap he wrote: “A couple days with our families… and I’ll see my Queen soon @ekinsiofficial”.

Ekin-Su, 27, the reposted the photo onto her Instagram story and wrote “My King”.

Davide and Ekin-Su were crowned the winners of the Love Island 2022 series where they won by a huge majority.

The couple are visiting their families for a few days

ITV has revealed that the pair won the show in a landslide, taking a huge 63.69% of the public vote.

In second place came Luca Bish and Gemma Owen who got 14.47%, while third-placed Indiyah Polack and Dami Hope took 11.77% of the votes.

Tasha Ghouri and Andrew Le Page came in fourth place with 10.07% of the total votes.

The huge lead makes Ekin-Su and Davide the second highest-rated winners in the show’s history.

Only the 2018 Love Island winners Dani Dyer and Jack Fincham scored more with 79.66% of the votes.

Ekin-Su and Davide’s Love Island journey certainly wasn’t plain sailing in the villa as they had their ups and downs pretty much from day one.

The pair were crowned the winners of Love Island 2022

Their first argument came from when Jay Younger entered and took Ekin-Su’s fancy, which ended up in her crawling over the terrace to kiss him in secret.

This ended in the iconic Love Island moment which is sure to go down in the show’s history when Davide shouted at Ekin-Su: “You are a liar, actress, go the f**k out!”

However, despite their fiery arguments, they managed to rekindle their romance and stayed as a fan favourite throughout.

As the final came closer, Davide and Ekin-Su seemed to be the most popular couple in Love Island history with the bookies putting their probability of winning higher than any Love Island couple has ever been.

This comes as fans have called for Ekin-Su to be the next host of the hit dating show, taking over from Laura Whitmore.

Fans have taken to Twitter to say that they want Ekin-Su to front the next series of the popular dating show.

One person wrote: “Let’s be honest, Ekinsu IS love island. Now where and what do I need to sign for Ekin to replace Laura Whitmore?”

Another said: “Yeah Laura you hug Ekin Su because you won’t be hugging her when she takes your job x.”

A third commented: “Ekin Su is getting Laura Whitemore’s job oh I see it. Of course she will be far more involved than Laura.”

A fan said: “Imagine Ekin and Davide taking Ian and Laura’s place on Love Island his one liners would be hilarious,” as another added: “Ekin-Su should take over as love island host. Sack Laura and give her the contract.”

Read More: Love Island’s Ekin-Su and Davide call each other king and queen and part ways for a few days