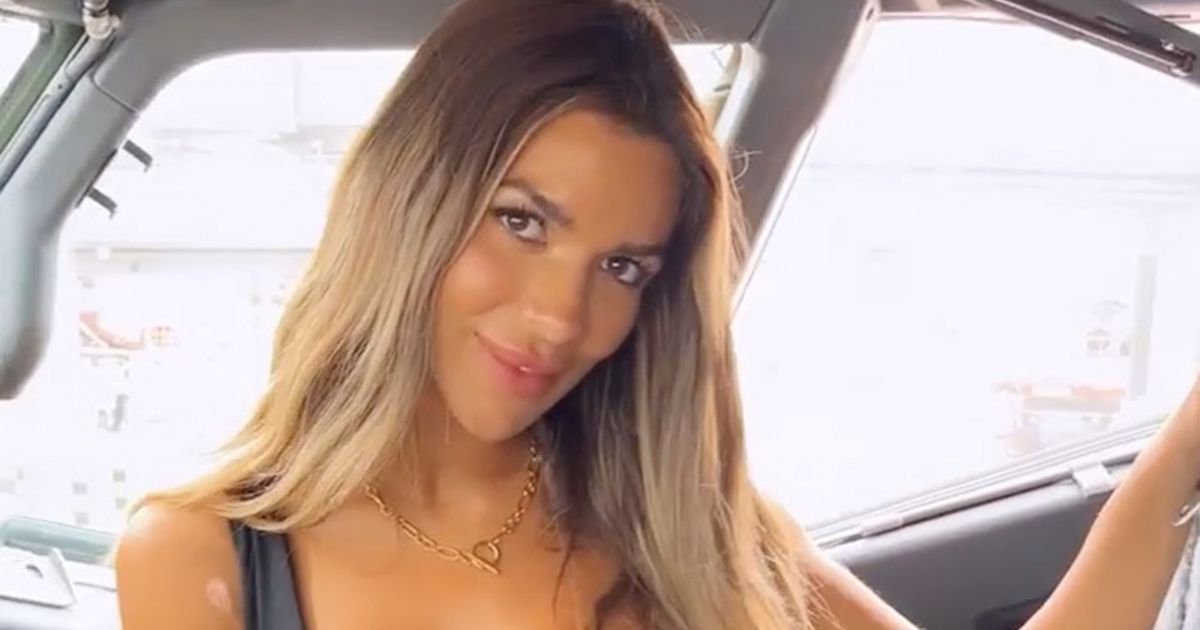 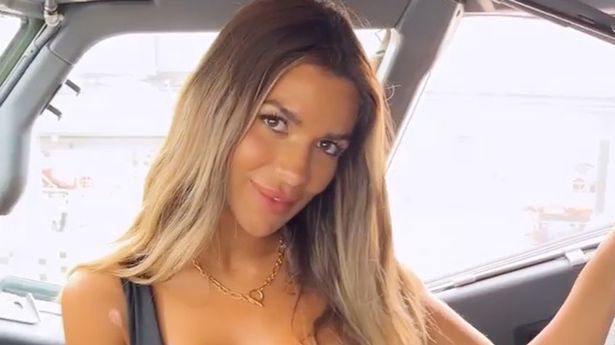 Ekin Su got a quick photo in the plane cockpit

Love Island winners Davide Sanclimenti and Ekin-Su Culculoglu struck a pose in the cockpit of the plane as they landed back in the UK.

Italian stallion Davide filmed his “queen” as she sat in the pilot’s seat of the Jet2 plane which flew them home from Majorca.

As the camera turned to Davide, Ekin-Su is heard saying in the background “my king”.

In another clip before boarding, the loved up couple – who won the ITV2 dating show on Monday night – filmed themselves kissing and cuddling as Ekin-Su says “England baby”.

“We’re coming,” says Davide, who has been living in Manchester for the past few years.

Flashing a peace sign with her fingers, a smiling Ekin-Su added: “We’re coming back to the UK.”

Davide filmed his ‘queen’ in the cockpit

While she called him her ‘king’

On the plane the couple shared a snap of the Jet Away flight magazines, which had both of them as cover stars.

After touching down at Stansted Airport, all the Love Islanders had emotional reunions with family and friends who were waiting for them through the gates.

Ekin-Su’s proud mum was there to greet her daughter with a huge bunch of flowers, while Davide was greeted by a group of pals who hugged him.

The winning couple are planning to travel to Italy soon, to introduce the actress to Davide’s family, but it seems London is their first port of call following their victory.

The couple on the Jet2 flight before the plane took off

The magazines with them as cover stars

Despite speculation they would split before even getting on the plane, runners-up Gemma and Luca put on a united front as they travelled back to London, looking very much still together.

Michael Owen ‘s daughter even shared a snap of herself with the fishmonger from Brighton cuddling up together at the airport to her Instagram Stories – amid fan theories she is distancing herself from him on social media.

“Home time [white heart emoji],” Gemma captioned a snap of Luca with his arm around her to her 1.3million followers the morning before they boarded the flight.

Gemma’s mum Louise Bonsall was there to greet her oldest child as she returned home after two months in Spain.

Throughout the show, 19-year-old Gemma had been predicted to win this year’s Love Island.

But it seems fans aren’t that keen on Luca Bish, who she is coupled up but not official with.

Figures revealed Davide and Ekin-Su got a massive 63% of the vote during Monday’s night grand final.

While Gemma and Luca only got 14% of the vote putting them in second place.

Not far behind them was Dami Hope and Indiyah Polack, who took third place with 11.77% of the public vote, and fourth place couple Tasha Ghouri and Andrew Le Page received 10.07% of the vote.

Read More: Love Island’s Davide and Ekin-Su pose in plane cockpit after landing back in London