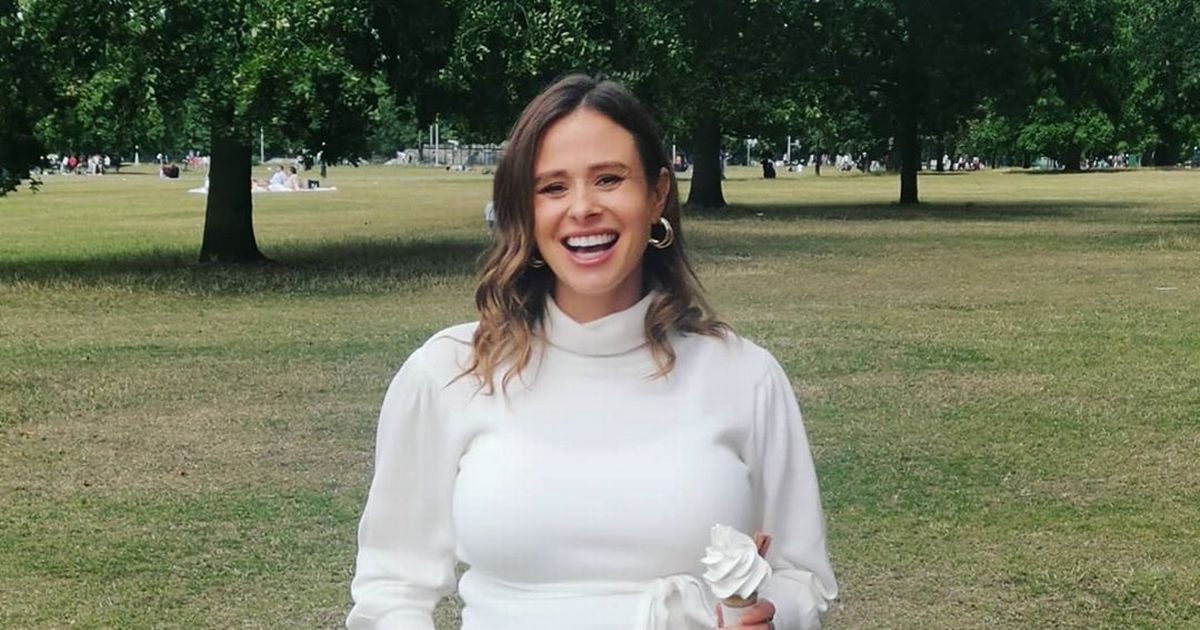 Camilla Thurlow, of Love Island fame, took to Instagram to share a snap of herself grinning from ear to ear she passes the 26-week mark of her pregnancy 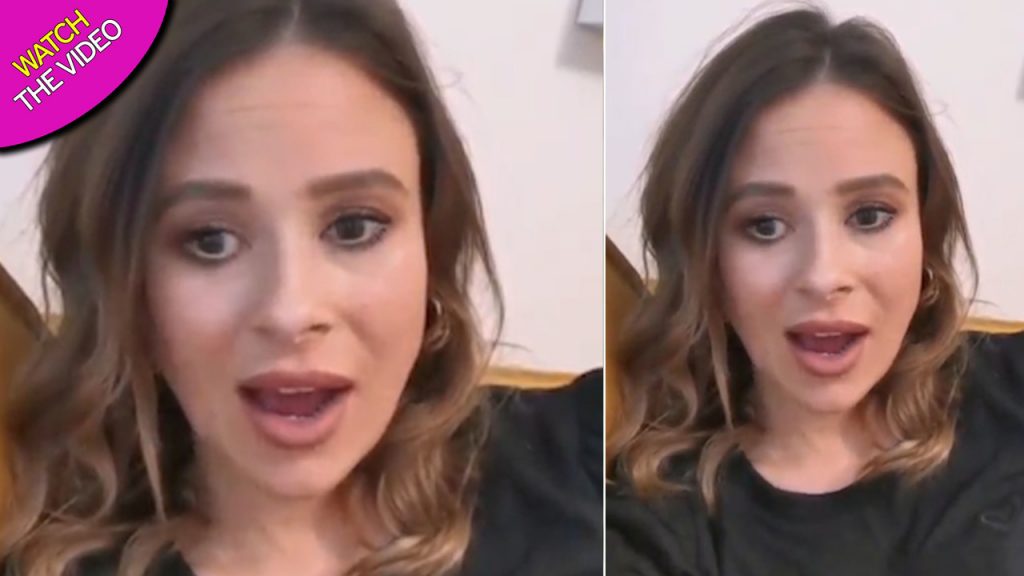 She enjoyed a day out at a park with boyfriend Jamie Jewitt.

The 31-year-old mum-to-be took to Instagram to share a snap of herself grinning from ear to ear she passes the 26-week mark of her pregnancy.

Camilla and Jamie – who she met on Love Island back in 2017 – headed for a green park to spend their weekend in.

The brunette beauty was pictured cradling her baby bump in the heartwarming snap. 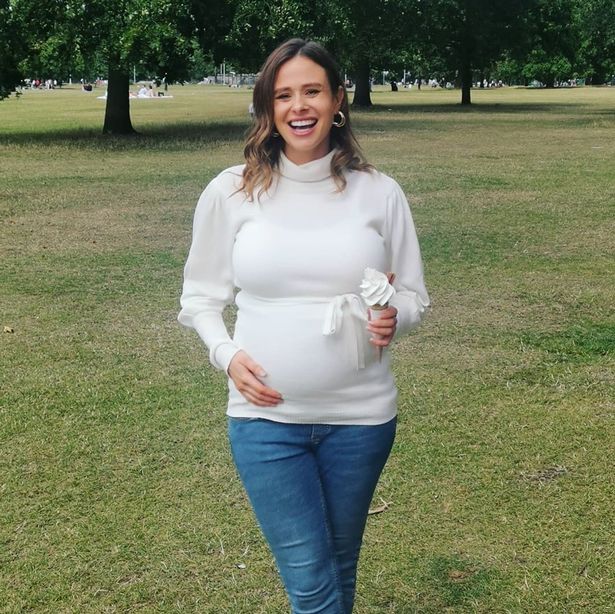 Camilla wrapped up warmer than a usual day in July as she wore a white turtleneck jumper paired with blue jeans and stunning hoop earrings.

Camilla went on to address some comments she received about eating soft serve ice cream from fans.

She wrote: “Thank you to all the people who have passed on advice about avoiding soft serve ice cream from ice cream vans. 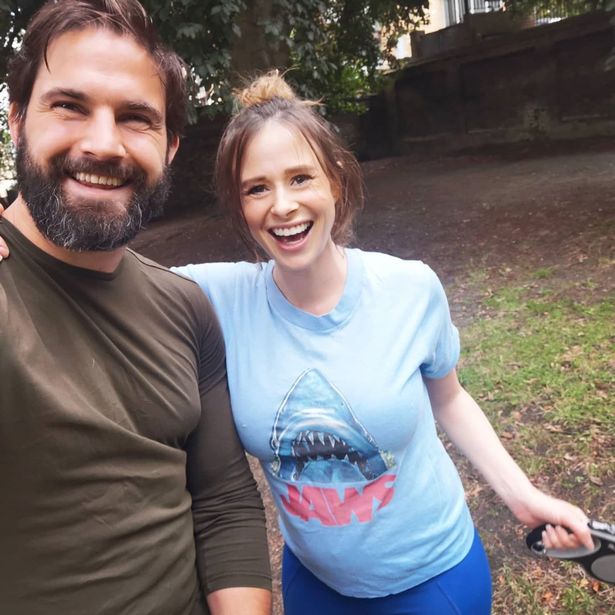 “This wasn’t something I was aware of before and I really appreciate you getting in touch to pass on your concerns and guidance.

“I have taken it on board and will be avoiding from now on.”

Camilla and Jamie announced to fans they were expecting their first child together back in May.

They broke the news on social media with a video featuring their friends and family as they proudly showed off their baby scan. 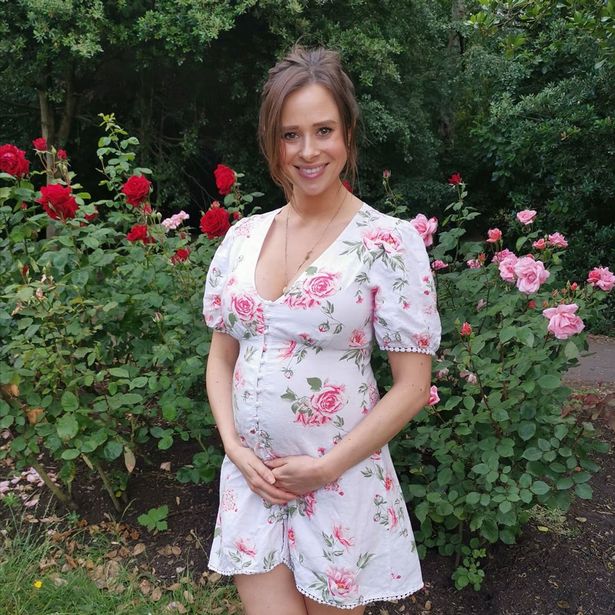 Camilla penned: “So @jamiejewitt_ and I have managed to make something pretty special and we’re not talking about the video… #17weeks #October2020.”

The pair became one of the ITV2 dating show’s biggest success stories after reaching the final of the show three years ago.

Famously the bombshell had a very rough time of finding love in the villa until Calvin Klein model Jamie arrived and swept her off her feet.

The pair instantly became inseparable but lost out to the eventual winners Kem Cetinay and Amber Davies. 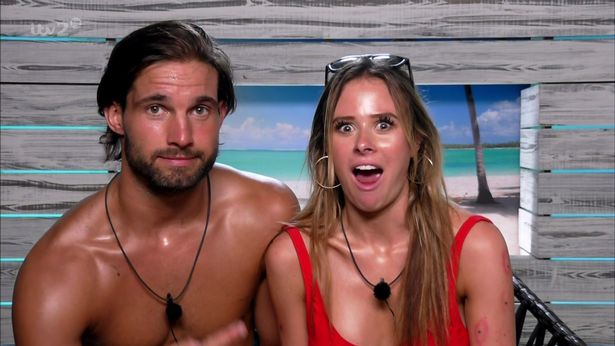 Amber and Kem split just four months later after the show but Camilla and Jamie have proved their love could go the distance.

Unlike most stars from the hit dating show, Camilla and Jamie have not chased the celebrity lifestyle since leaving the villa.

The pair preferred to update fans on their personal lives through social media.

Read More: Love Island’s Camilla Thurlow shows off baby bump as she prepares to give birth