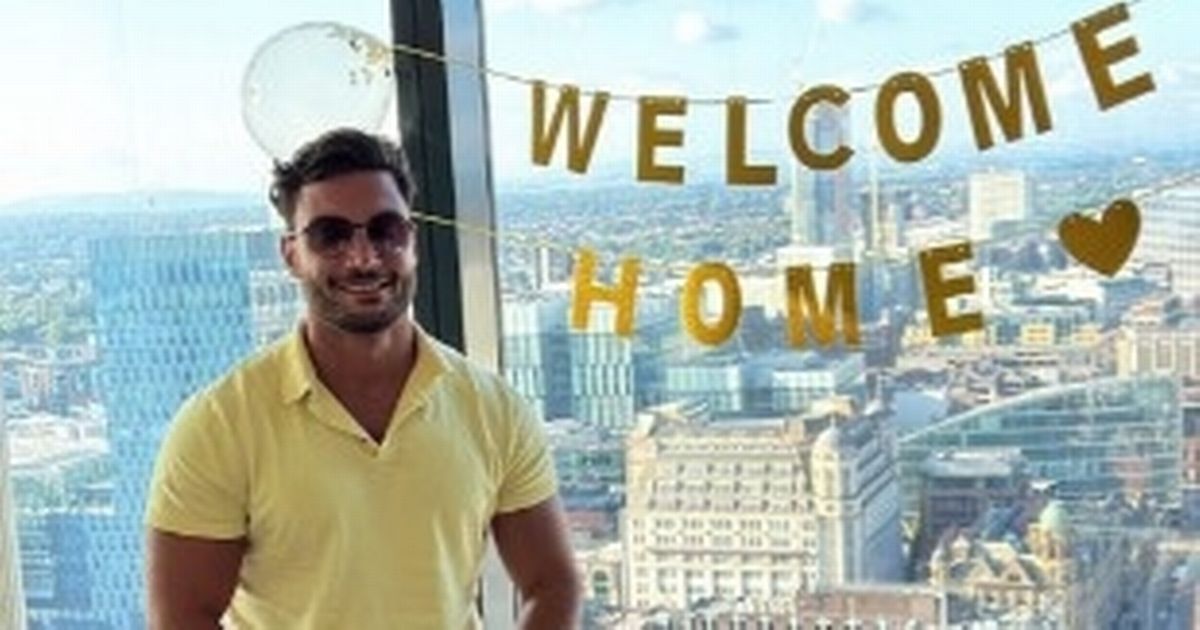 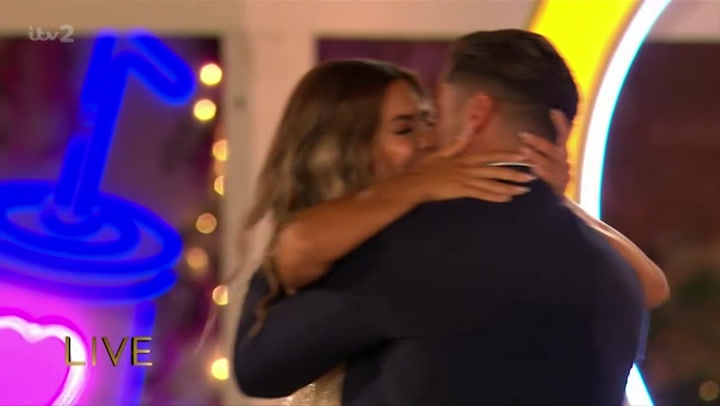 Davide Sanclimenti looked thrilled to be home as he was welcomed back to what looks like his penthouse apartment in Manchester.

The 27-year-old Italian hunk has landed back in the UK after being crowned winner of Love Island season eight at the beginning of the week.

Back at his home in Manchester, Davide was given a warm welcome by his loved ones who erected a large ‘Welcome Home’ sign and decorated his home with golden balloons.

Davide Sanclimenti was welcomed home with a surprise party on Friday

Taking to Instagram Stories on Friday, Davide shared a snap of himself clutching his Love Island suitcase that was adorned with his name.

And he flashed a winning smile as he posed of the camera in a lemon-yellow polo shirt, blue shorts, and white trainers.

Davide and Ekin-Su have plenty to smile about, of course, having bagged the £50,000 prize after the public voted them the winners of the 2022 contest.

And the pair stand to make a lot more money as their time on the show has shot them to the forefront of the public consciousness and high street brands will no doubt be lining up to throw money at them via lucrative endorsement deals.

The couple shared their excitement over winning the show earlier this week in a video that the official Love Island social media accounts shared.

Ekin-Su said: “Thank you everyone for voting for us and thank you for making us who we are.”

Davide added: “I didn’t expect it – I still don’t believe it,” with Ekin-Su continuing: “I think everyone’s winners in here, and I just feel really lucky to be here.”

The pair also made sure to praise their runners-up, with Davide declaring: “We are all four great couples, but yeah, thank you for everyone.”

Ekin-Su then added: “Thank you for going on our journey with us – it means so much.”

The words of endearment echoed earlier compliments that had been shared by runners up Gemma and Luca.

Gemma said during her exit interview that she can’t wait to see fellow stars Tasha and Andrew – but that a night out with Ekin-Su and Davide would also be on the cards.

She gushed: “I think Tasha and Andrew – we’ve spoken lots about doing things on the outside, little double dates.”

Luca concurred, saying: “We had our ups and downs but Andrew for me, he had my back in the Villa the whole time. I’m definitely going to see him on the outside. I think he’s going to stay with me straight after we get home. If we’re on a night out, then Ekin and Davide.”

Luca went on: “We’ll probably go home a bit earlier than them.”