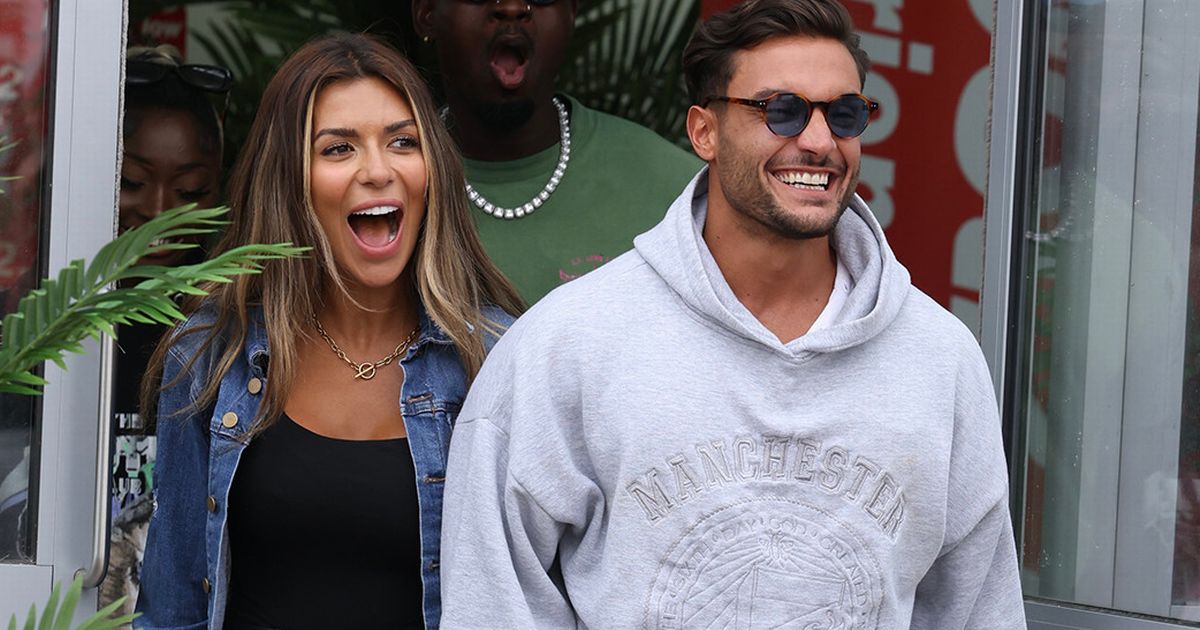 Ekin-Su Cülcüloğlu’s mum was waiting with a bunch of flowers at the airport as her daughter returned home earlier today, with Gemma Owen’s mum Louise also at Stanstead Airport to greet the Love Island stars as they returned home to the U.K 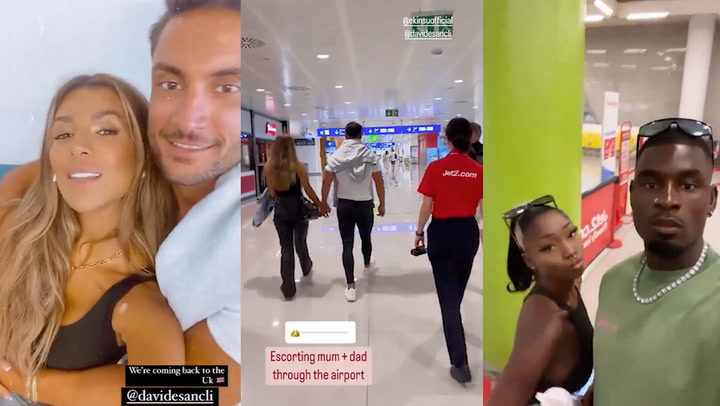 The Love Island finalists have arrived back home in the UK after a long, hot summer in Spain.

Winner Ekin-Su Cülcüloğlu ‘s proud mother was there to greet her daughter at the airport with a huge bunch of flowers earlier today, as was Gemma Owen’s mum, Louise, who was pictured eagerly waited for her teenage daughter to step off the plane.

Their arrival back in the U.K comes as it’s revealed Love Island received a total of 466 Ofcom complaints in its final week of airing, with complaints over Luca Bish ‘s behaviour and ‘rigged’ final.

Following Monday night’s live final, which saw Ekin-Su and her beaut Davide Sanclimenti storm to victory thanks to receiving a whopping 63.69% of the public vote, the new reality TV stars have been adjusting to life on the outside world and reuniting with their loved ones.

The winning couple, alongside runners-up Gemma and Luca Bish, Indiyah Polack and Dami Hope and Tasha Ghouri and Andrew Le Page, touched down at Stansted Airport after a record breaking series in the infamous Spanish villa.

The newly crowned reality TV stars also happily posed for snaps together this morning at Palma airport, as Jet2 – official sponsors of Love Island – checked them in for their flight.

The Love Island winners shared a kiss outside the airport

Winners Ekin-Su and Davide were seen being accompanied through the Spanish airport this morning hand in hand as they braced themselves for the ‘real world’ on the otherside.

“Escorting mum + dad through the airport,” Jet2 captioned the update of the fan favourites looking loved-up together this morning.

Tasha was delighted to land home and see her loved ones

Gemma embraced her mum as she touched down in London

The winning couple took the opportunity to pose in the cockpit as the plane touched down in London earlier today, with Davide excitedly sharing some sneaky clips of the pair at the front to the plane with his Instagram fans.

Ekin-Su’s proud mother was waiting for her daughter to arrive at the airport with a bunch of flowers, with Gemma’s mum Louise Owen also there to greet her oldest child as she returned home after a few months in Spain.

The winning couple are planning to travel to Italy soon, to introduce the actress to the businessman’s family, but it seems London is their first port of call following their victory.

“We’re coming back to the U.K,” Ekin-Su told her Instagram fans this morning, as she captioned a clip of her Italian boyfriend planting a kiss on her head at the airport ahead of their flight home.

“England baby,” the Turkish actress can be heard saying in the video update, with Davide adding: “We are coming. We are coming back.”

Despite speculation they would split before even getting on the plane, runners-up Gemma and Luca put on a united front as they travelled back to London very much still together.

Michael Owen ‘s daughter even shared a snap of herself with the fishmonger from Brighton cuddling up together at the airport to her Instagram Stories – amid fan theories she is distancing herself from him on social media.

“Home time [white heart emoji],” Gemma captioned a snap of Luca with his arm around her to her 1.3million followers this morning [August 3].

Eagle-eyed fans noted after the Meet The Parents challenge, Gemma’s account switched to posting solo snaps of the star – with the last image of her and Luca together eight posts down on her main Instagram grid.

But the couple – who were not exclusive at the time of the final – seemed blissfully happy as they arrived back in London earlier today.

Following the show wrapping things up on Monday night, the four couples all got their phones back and returned to the real world after a summer of limited connect with people outside the villa.

Throughout the show the islanders are given special phones which have no access to the internet and their real mobiles are taken away.

Dami wasted no time in catching up with some of the axed Islanders on Tuesday night – sharing a screenshot of himself FaceTiming Jacques O’Neill to his Instagram Stories.

“My brother,” Dami captioned the screenshot of the rugby star, who sensationally quit the villa last month.