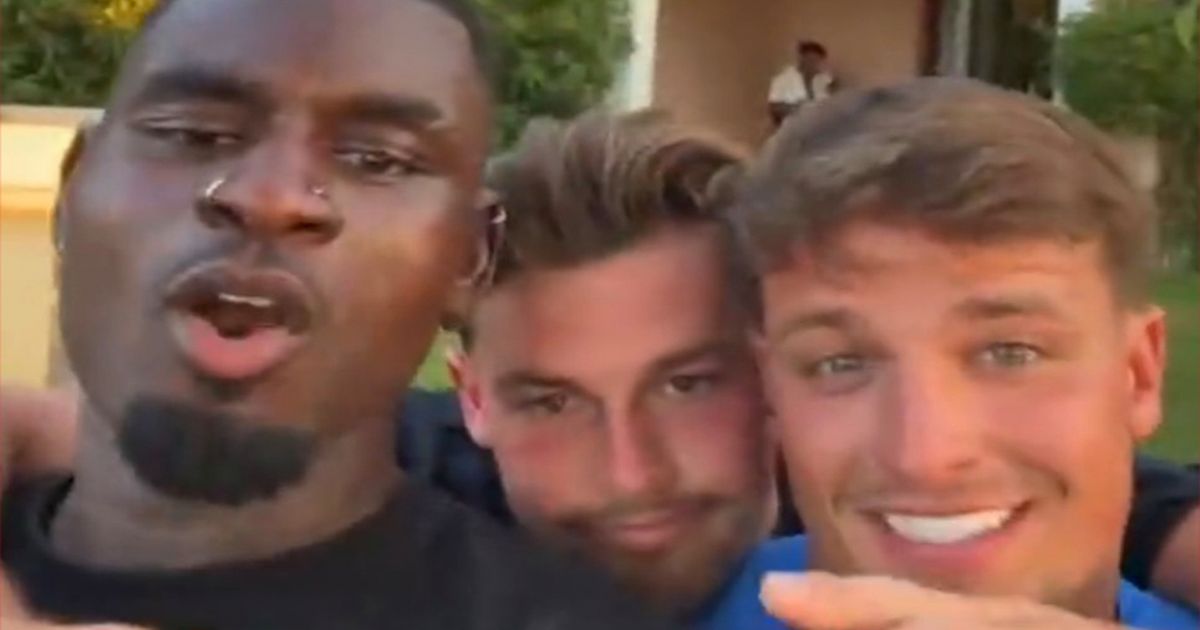 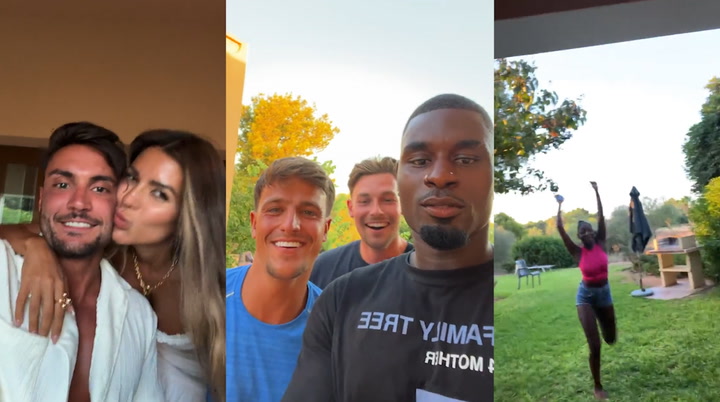 Love Island contestants celebrate after getting their phones back

The Love Island finalists have been given their phones back at long last, as they returned to the real world following Monday night’s epic final which saw Davide Sanclimenti and Ekin-Su Cülcüloğlu crowned the winners.

Throughout the show the islanders are given special phones which have no access to the internet and their real mobiles are taken away.

Dami Hope, who finished in third place with his girlfriend Indiyah Polack, took to his Instagram Stories on Tuesday to reveal his phone had been returned to him.

He told his followers all of the finalists were now staying in a nearby villa.

Dami and Luca kept fans entertained in an Instagram Live

Ekin-Su also made an appearance

In the video, Dami said: “So obviously you know I’m out here with celebrities,” before panning the camera to show the Love Island winners.

Luca said: “What’s going on? We’re back on the other phone!” The trio then walked around the grounds of the new villa.

The 23-year-old addressed his argument with Dami during Casa Amor and said: “We were so close and very similar in the villa so that’s why we said it how it is.

The islanders are enjoying having access to the internet

Indiyah briefly appeared in the video

“That’s why we had disagreements and that’s why we fell out but we love each other in the end.”

Love Island came to an end on Monday night as Ekin-Su and Davide were crowned the winners.

Voting figures have now revealed the couple secured more than half of the public vote.

Across Sunday and Monday, viewers were able to vote for their favourite couple to win and go home with the £50,000 cash prize — which for the first time ever wasn’t offered as a ‘split or steal’ deal.

Final voting figures released by ITV have revealed that fan favourites Ekin-Su and Davide secured a staggering 63.69% of the public vote.

They won the show by a landslide, as runners-up Gemma Owen and Luca got just 14.47% of the vote.

Not far behind them was third place couple Dami and Indiyah, who got 11.77% of the public vote, and fourth place couple Tasha Ghouri and Andrew who received 10.07% of the vote.

*Love Island is available to rewatch on ITV Hub

Read More: Love Island finalists lark around as they finally get their phones back at new villa