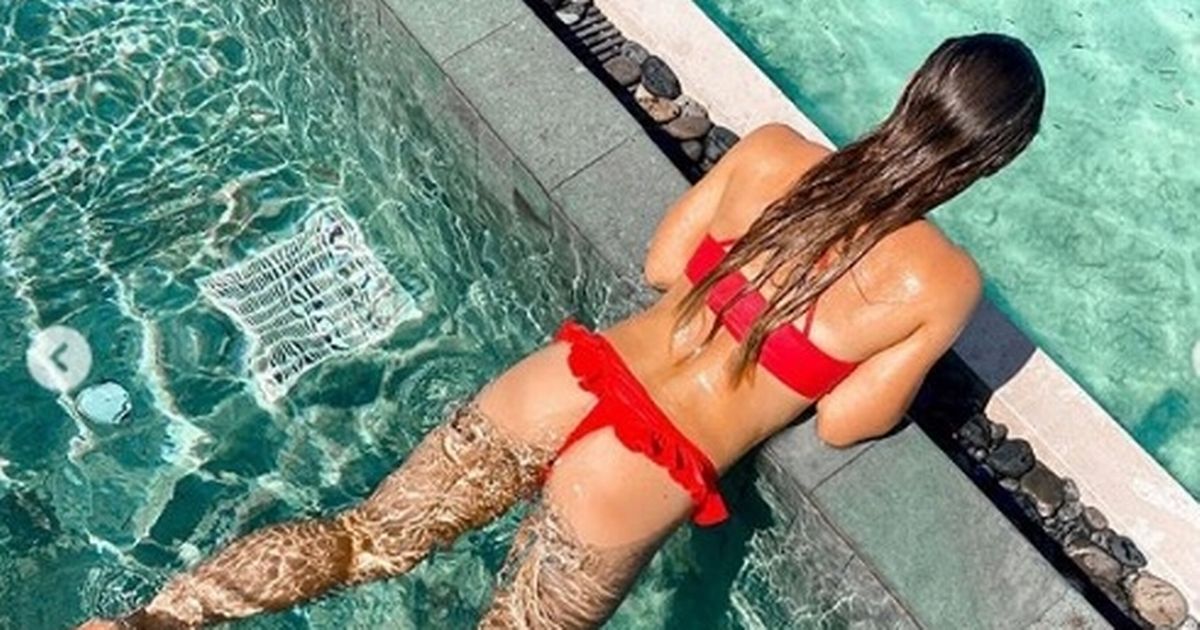 Louise chose to upload a series of pictures, which left very little to the imagination, from her relaxing trip to the Maldives on the morning of November 11 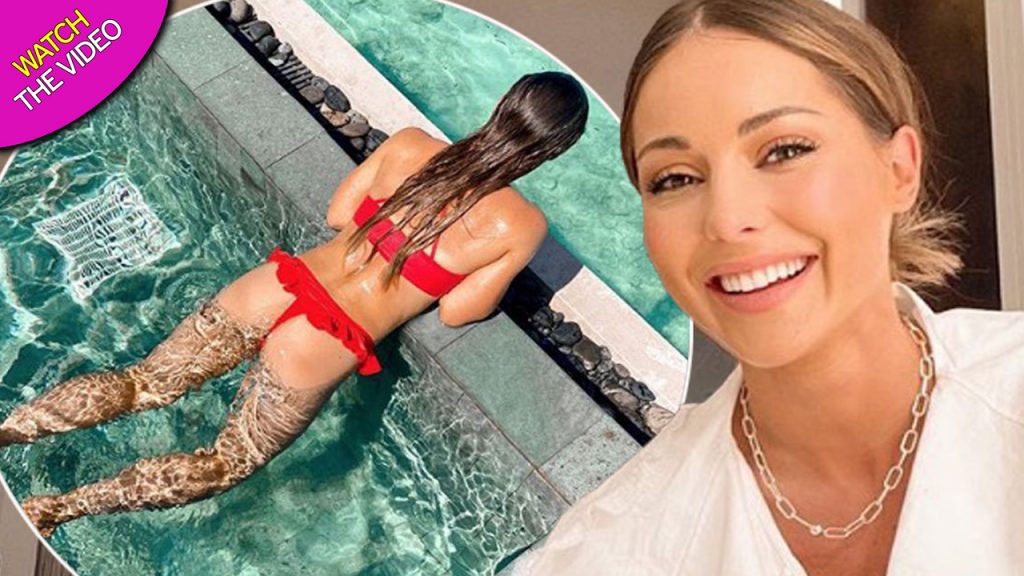 Louise Thompson has posted yet another ill-timed picture to social media just days after being slammed as ‘inappropriate and disrespectful’ for her Remembrance Sunday tribute.

The former Made In Chelsea star, 30, stirred her critics for a second time as she chose to post a series of racy bikini snaps on Remembrance Day, while the nation pays its respects to the fallen.

Louise chose to upload a some sizzling photographs of her posing in a thong bikini from her private pool on the morning of November 11 as her relaxing trip to the Maldives continues. 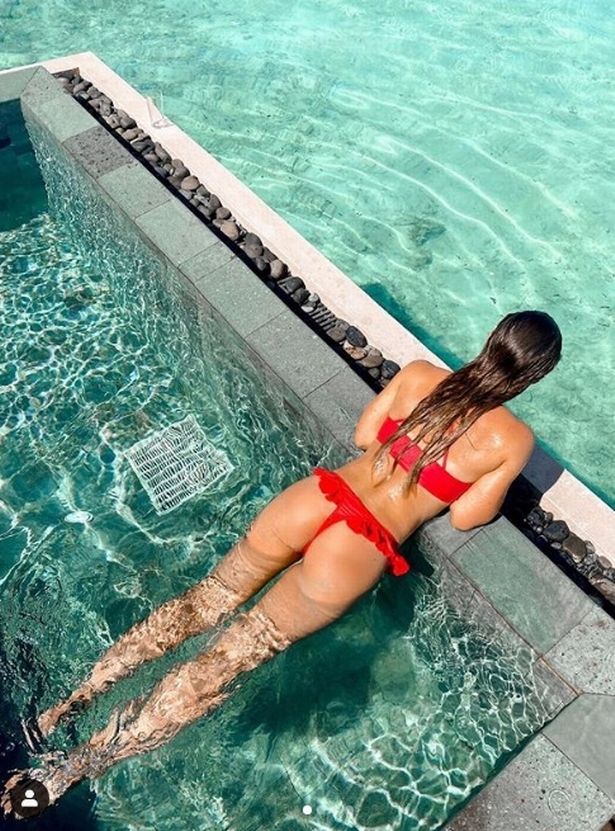 Fans immediately began to call out the reality star for what they considered a poor choice of timing.

“Yes we can see you have a great figure…..let’s face it this is what the post is about!!! Why don’t you post showing your respects to the fallen war heroes as without them you and your privileged family would probably not be here today,” raged one.

“Lest we forget,” another sarcastically quipped.

“Save it for another day,” another advised her.

However, other fans chose to stand up for Louise and told the haters: “Why don’t we all remember to just be kind? If you’ve nothing nice to say that don’t say anything.” 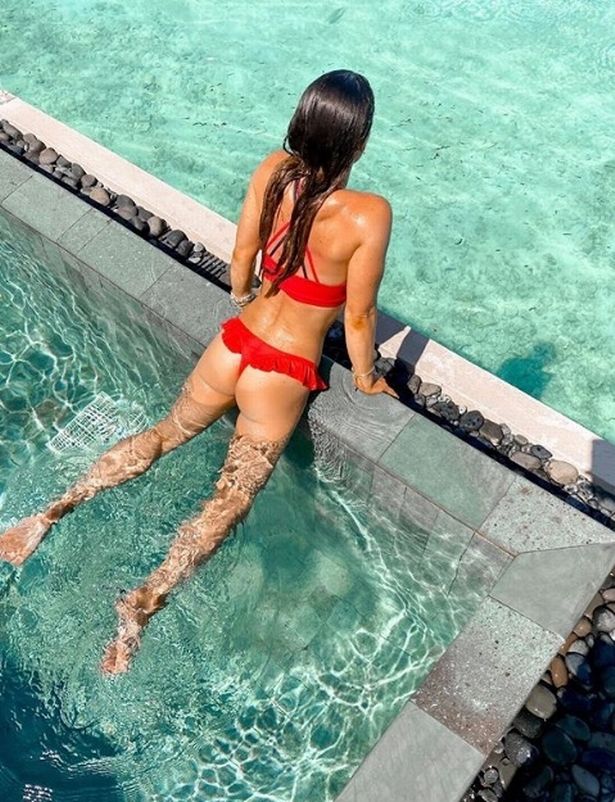 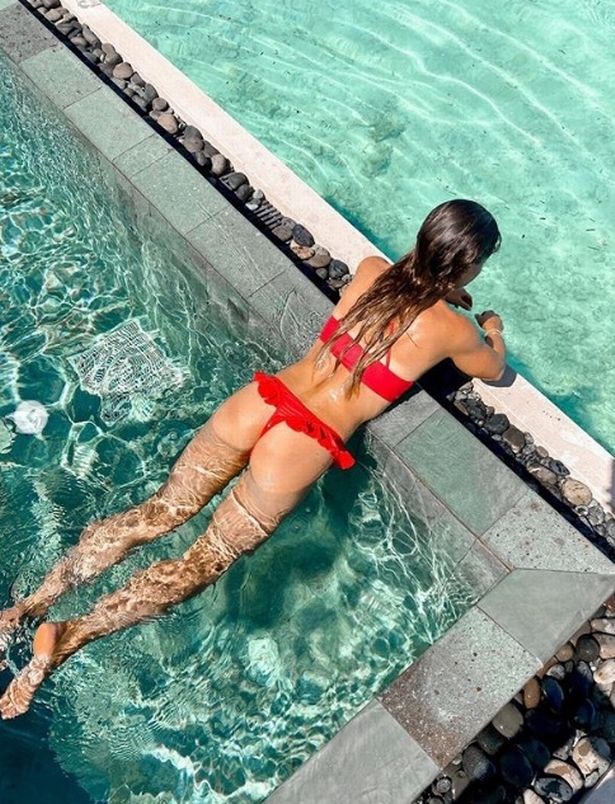 Louise’s divisive post comes just three days after she was forced to delete part of her Remembrance Sunday post after coming under heavy criticism..

She had chosen to honour the day by sharing a photo of her reflecting during a quiet moment of her holiday to the Maldives.

A smiling Louise was pictured on a sandy beach posing beside her ‘Happy Days’ handbag while clad in a blue mini dress and heels.

In the caption she shared an excerpt from war poet Laurence Binyon’s famous 1914 poem, For the Falling to pay her respects.

It read: “They shall grow not old, as we that are left grow old. Age shall not weary them, nor the years condemn. 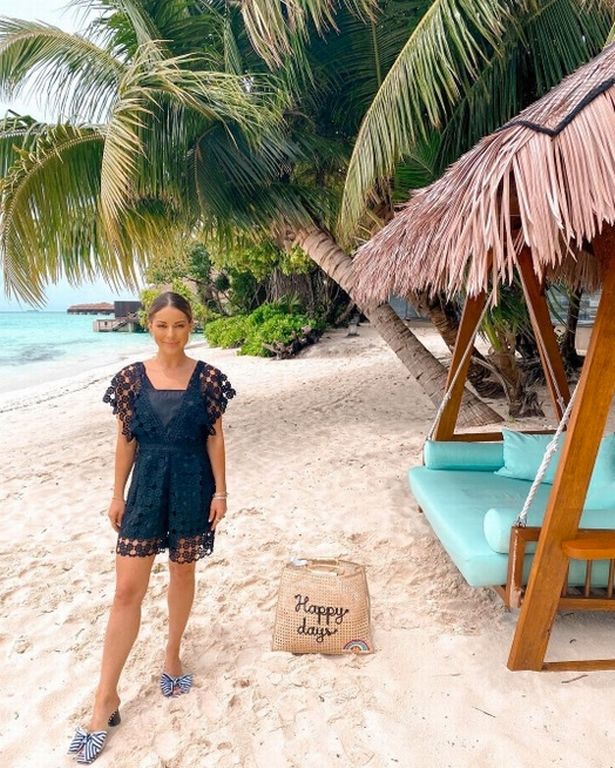 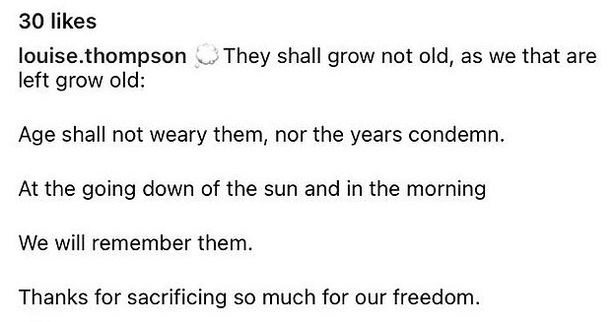 “At the going down of the sun and in the morning. We will remember them.”

Louise then added: “Thanks for sacrificing so much for our freedom.”

The combination of the sun-drenched holiday photo and poignant verse lyrics did not sit well with some of the star’s 1.2million followers who told her it was ‘distasteful’ and begged her to change it.

Louise clearly had second thoughts herself as she chose to delete the entire caption and replace it with a single butterfly emoji, the same shade as her dress and shoes.