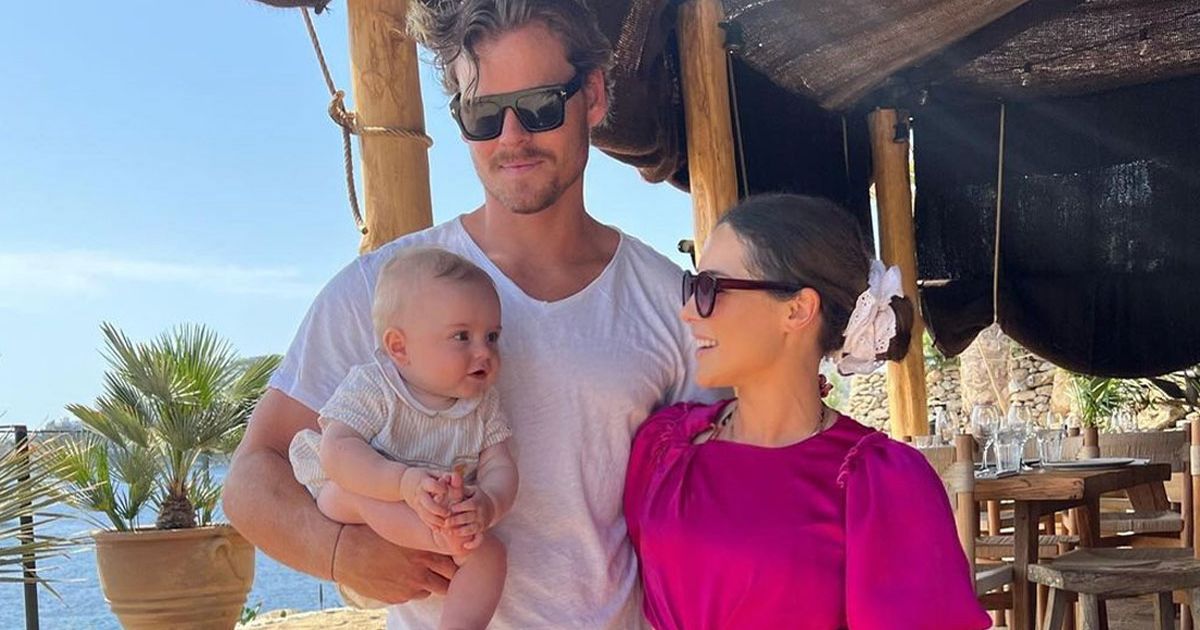 Former Made In Chelsea star Louise Thompson, 32, shared a sweet tribute to her husband on his birthday, posting a carousel of pictures to her 1.4 million followers on Instagram 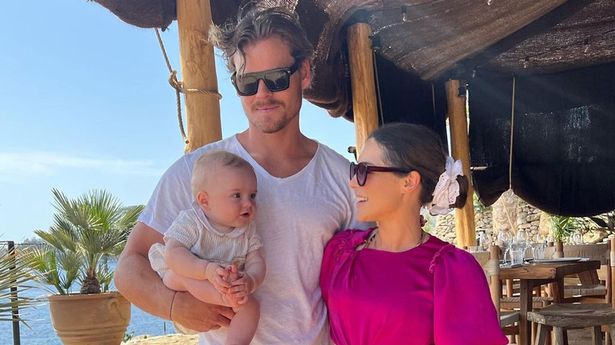 Former Made in Chelsea star Louise Thompson shared a sweet slideshow of pictures to celebrate her fiancé Ryan Libbey’s birthday.

Posing with their eight-month-old son Leo-Hunter, the reality star shared the images with her 1.4 million fans on Instagram.

The 32-year-old paid tribute to her beau, gushing over “how amazing” he is in the adorable selection of snaps celebrating his big day.

“Happy birthday to without a doubt the best egg I know,” she penned – attaching some egg emojis.

“I’m feeling incredibly lucky to be alive and to be standing by your side,” she added.”

Louise explained that Ryan is a “particularly private guy” and would probably rather she didn’t post about his birthday all together.

She said: “I get to spend the day with you in person which means I can wax lyrical TO YOUR FACE about how amazing you are and whisper ALL the gushy words that I know you’d rather I didn’t share over insta or in public because, contrary to the world of tv and social media, you’re a particularly private guy.”

Despite Ryan’s assumed reservations, Louise continued to gush over her man in the “quick note”.

“Having said that, I want to share a quick note because everyone needs to know how great you are and to wish you happy birthday in the comments,” she added.

She proceeded to tell fans she wouldn’t know what to do without Ryan and that she “freaks out” at the thought of not having him around.

“Firstly, the world would be a much better place with more you’s in it,” Louise said.

“You are the best dad and partner I could ask for.

“In fact, I don’t know WHAT I WOULD DO WITHOUT YOU, I freak out at the thought, but I won’t make this about me or about this mental journey we’re on.

“Instead, today is about spoiling youuuuuuuu and making sure you have the best bloody birthday as a first-time dad as poss. I hope you relax and laugh lots and lots.” (sic).

The post attracted more than 11,000 likes and the comments were full of dozens of messages wishing Ryan a happy birthday.

One fan said: “I can see that he’s been your rock throughout. I hope he’s proud but also taking the time to look after himself.”

She wished Ryan a happy birthday in the beautiful post

Ryan thanked Louise for the kind words posted on Instagram

Another said: “Have a lovely day with your best friends… the lovely Louise is certainly one lucky lassie….always liked you from day 1… genuine.”

He wrote: “Thank you so much @louisethompson for this lovely message. I am so lucky to have you and Leo-Hunter as my family.”

Read More: Louise Thompson ‘feels lucky to be alive’ as she gushes over fiancé Ryan on his birthday