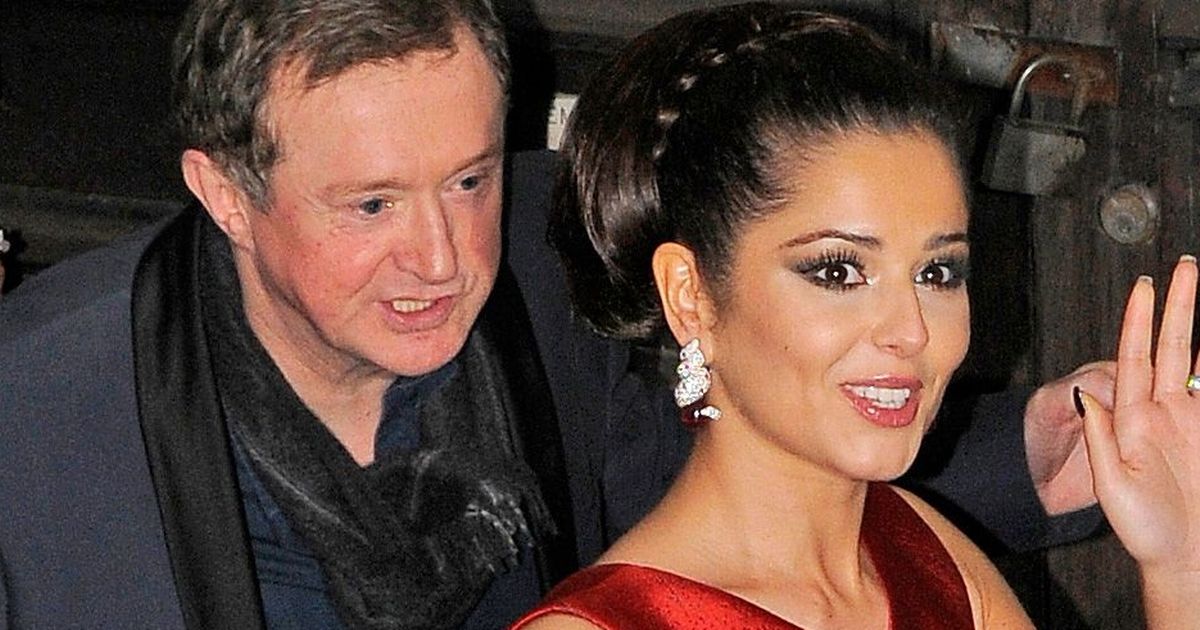 As music manager and fromer X Factor judge Louis Walsh prepares to celebrate his 70th birthday, we take a look at some of his most controversial moments to date, from calling Girls Aloud members ‘fat’ to his explosive feud with ‘talentless’ Cheryl 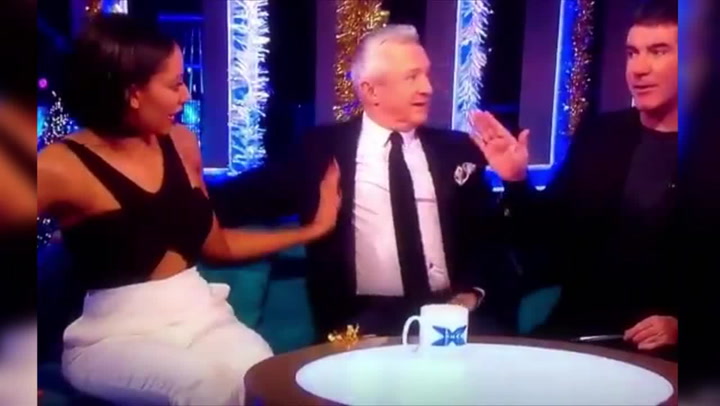 Louis Walsh has never been one to hide his true feelings.

The X Factor judge has had beefs with just about everyone in celeb-land at one point or another, thanks to his acid-tongued putdowns.

The Irish music manager has took on the likes of Boyzone, One Direction, his former boss Simon Cowell and the members of Girls Aloud in the past.

When he’s not dishing the dirt, showbiz veteran Louis has been the driving force behind some of the biggest music acts on the planet, including Westlife, Boyzone, Girls Aloud, and Ireland’s answer to the Cheeky Girls – Jedward.

He became a household name after making the crossover from manager to TV talent show judge on the likes of X Factor and Pop Stars: The Rivals.

While co-star Simon Cowell took on the ‘Mr Nasty’ persona on screen, Louis was always happy to give his very honest critiques in a series of tell-all interviews – even targeting his former colleagues along the way.

As the music manager celebrates his 70th birthday today, we take a look at some of his most controversial moments to date, from calling Girls Aloud members ‘fat’ to his explosive feud with ‘talentless’ Cheryl.

Although Louis and Cheryl spent several years sitting alongside one another on the X Factor judging panel, their friendship and working relationship has endured severe choppy waters.

Louis has made his fair share of sly digs at Cheryl, who he had a long-standing feud which started during his time managing the band between 2002 and 2004 and continued even when she became a judge on X Factor alongside Louis in 2008.

The Irish TV star had previously claimed that he had put to bed the issues he had with Cheryl, but in a recent interview, Louis appeared to reignite his feud with the Geordie superstar by claiming that he never wanted to manage her in the first place.

Discussing his time on Popstars, Louis admitted that he had envisioned he would get the boy band in the show but was given the girls – to his utter dismay.

Louis claimed that Cheryl ‘lip-syncs for her life’

Speaking to The Sun, Louis said: “I thought I was going to get a boy band – I was convinced. And they gave me the girls. I didn’t want them.

“Girls don’t like each other in bands — it’s very simple. They all want to be the lead girl.”

“Just look at the Sugababes, any line-up they had, and they were brilliant.

“So I had these five girls in Girls Aloud and we thankfully found this great song, Sound Of The Underground.”

Back in 2019, Louis also ruffled feathers when he mocked Cheryl’s singing talents.

Louis poked fun at the Fight For This Love hitmaker’s vocal talents and suggested she ‘lip-syncs for her life’ as he discussed Cheryl’s possible return to The X Factor before it was axed for good.

Speaking to Daily Star, he mocked: “X Factor as a contestant? As a contestant she would be good. I don’t know if she could win.

“She doesn’t mime. It’s called lip-syncing – lip-sync for your life.”

In one of their most famous fights while the pair worked alongside one another on The X Factor, Louis teased the former Girls Aloud singer for being ‘orange’ – to which she responded he was ‘looking for attention’.

Louis waged war on Cheryl back in the early 2000’s when he labelled all the members of Girls Aloud as ‘fat’.

Lifting the lid on Louis’ harsh jibe, Girls Aloud singer Kimberley Walsh explained that the music manager walked on to the set of their music video and applauded them all for ‘not being fat’ anymore’ in 2004.

In a 2017 interview, Kimberly revealed: “We were doing our video for Love Machine in 2004 and Louis Walsh waltzed in and said to us, “Oh, none of you are fat any more. Brilliant, that’s great”.

“Obviously in Louis’ head he did have an issue with some of our sizes but I think he learnt from Nigel and thought best not to comment in public – but he did in private.

“That was the first time I thought, ‘OK maybe my weight is an issue’.”

Louis responded to the singers comments about calling them fat by insisting that he ‘would do it again’ if he had to.

“With Girls Aloud, at the start I told them they had to lose a bit of weight. I know I said it in so many words. But they did and they look amazing.

“I did it because they were competing with the Spice Girls. If it were now, I would still say it. I would tell them in a nice way. You have to be honest,” Louis insisted.

Louis was the driving force behind Boyzone’s incredible success

Louis Walsh is undoubtably responsible for the incredible success of both Boyzone and Westlife with the two Irish boybands breaking records all over the globe with belters that are still considered as chart-toppers these days.

While Boyzone’s music and Westlife’s music is still cemented in the industry to this day, the same can’t be said for Louis’ relationships with some of the members of the Irish boybands.

The music manager hasn’t been shy about airing his grievances when it comes to Boyzlife – Keith Duffy and Brian McFadden’s music venture.

The pair teamed up together to merge their musical talents after Boyzone split and after Brian made the shock decision to leave Westlife in 2004.

Louis with Westlife and Boyzone singer Ronan Keating in 1999

After going their separate ways and embarking on different musical and acting ventures, Keith and Brian formed Boyzlife in 2016 and released their first album, Strings Attached – much to the dismay of their former manager, Louis.

The music mogul has blurted out some savage comments about the boyband in the past, insisting that he doesn’t want to see Keith and Brian ‘murdering all those great classics’.

Louis also insisted that he wouldn’t attend a Boyzlife concert ‘even if he was paid’.

In response to his scathing comments, Keith Duffy recently joked that he doesn’t take what Louis says to heart, because he was ‘dropped on his head as a baby’.

“You take everything Louis says with a pinch of salt, I think he was dropped on his head as a baby a few times so I wouldn’t take what Louis says too seriously because he doesn’t either,” Keith joked.

Elsewhere, Brian suggested that his former manager is simply ‘looking for attention’ when he makes sly digs at their band.

“He says things that are derogatory so that people will pick them up and so that he has his say and his moment.

“But the reality is, we have stood the test of time now, we’ve been going over six years, it’s our second album – our first self-penned album and the work speaks for itself.

“We don’t even have to defend ourselves now, we just enjoy what we do and we love every minute of it and our fans keep coming and we keep selling out.”

Jedward have made their opinion on Louis crystal clear

Despite the fact that Louis took a chance on Dublin twins John and Edward Grimes on the 2009 series of The X Factor, the unforgettable duo have bad blood with the music manager after he dropped them during the height of their fame.

Jedward sailed through to the live finals of the X Factor in 2009, however, they left the competition in sixth place, with Joe McElderry going on to win the series that year.

Following their X Factor stint, the boys enjoyed a relatively successful music career, teaming up with the likes of Vanilla Ice on their debut single.

However, it wasn’t long until Louis grew tired of managing the twins, and the manger soon parted ways with the X Factor duo.

In a scathing Twitter thread, John and Edward defiantly clapped back at the music mogul, branding him ‘toxic’ and a ‘two-faced b***’.

“Louis Walsh at this point only wants acts to manage to make it look like he’s doing something,” they tweeted.

“He’s a cold-hearted two-faced bitch who uses his powers for his own benefit.”

Jedward also shared a screenshot of an alleged interview with Louis and addressed the incident where Louis reportedly told members of Girls Aloud to loose weight with a ‘fat’ jibe.

“Louis Walsh wants to make another girlband like Girls Aloud who he told had to lose weight! Don’t get involved with Toxic Management,” John and Edward fumed.

« Queen's snub of Meghan Markle on her 41st birthday is 'notable', says expert