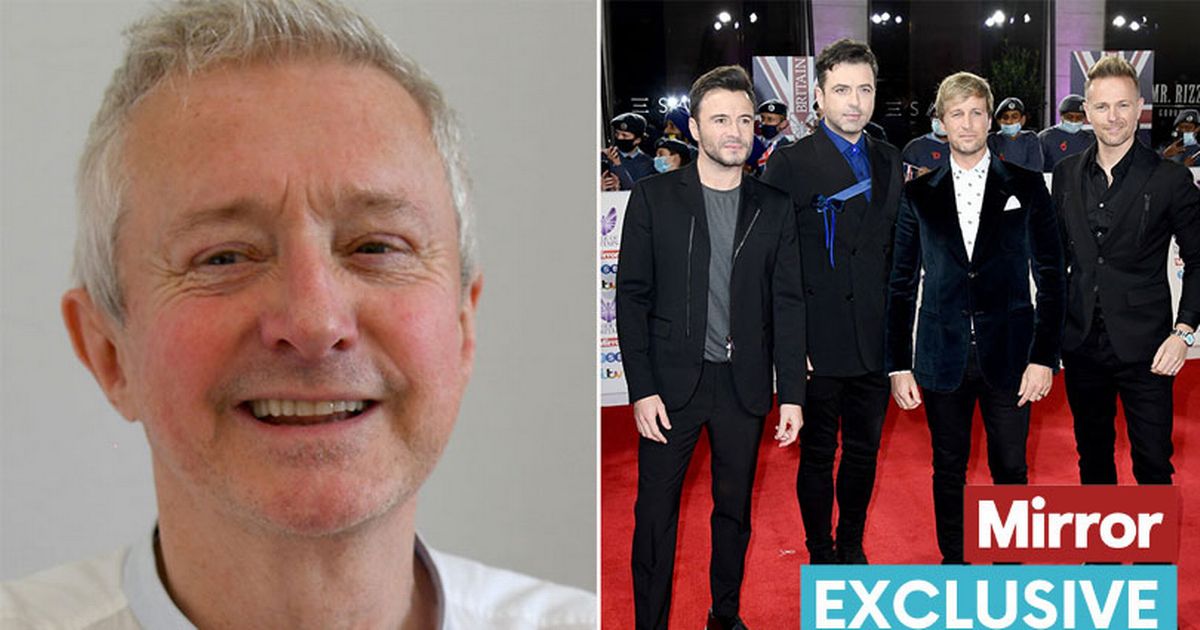 Louis Walsh has credited Westlife’s incredible longevity to a trio of three key things, ahead of the band taking to the stage at Wembley Stadium tomorrow night for their sellout tour performance 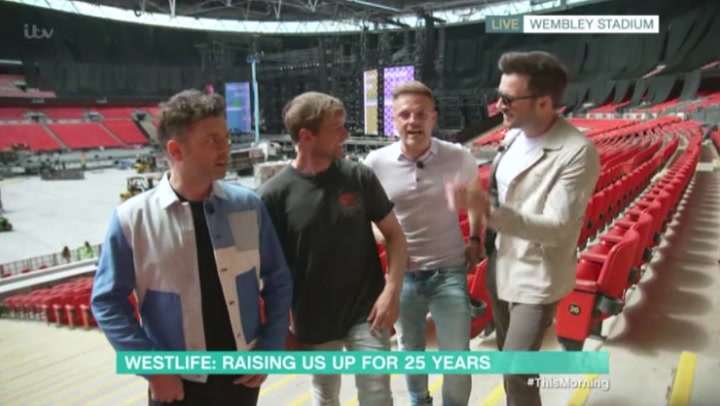 This Morning: Westlife discuss Louis Walsh on his birthday

Louis Walsh has shared the secret to Westlife still being one of the biggest band’s in the world ahead of their sell-out Wembley Stadium over the weekend.

The legendary music manager has revealed just how the Irish group have stayed on the top of their game – over 20 years on from their first No.1 hit – while many of their musical peers fizzled out long ago.

Louis admits he never thought Westlife would still be going in 2022 when they first started out – due to the nature of a boyband’s usual longevity – but knows the reason why they’ve lasted longer than their old rivals.

Big Westlife fans Rylan Clark, Judge Rinder, Jonathan Ross and Alan Carr are all expected to be in attendance when the band take to the stage for their eagerly awaited milestone performance tomorrow night [August 5].

Fresh from her Wagatha Christie victory last week, Coleen Rooney and husband Wayne are also rumoured to be making an appearance in the crowd on Saturday night – 14 years on from Westlife performing at their wedding in 2008.

It will be the first time, in the band’s 20-year career, that Westlife have headlined Wembley Stadium and follows the phenomenal success of their comeback which has seen the nation fall in love with the Irish superstars all over again.

Other bands have come and gone over the years, but Westlife – formed of Shane Filan, Mark Feehily, Kian Egan and Nicky Byrne – are still going as strong as when their debut single topped the charts in 1999.

“Every song is a hit. There will be no fillers in the show tomorrow night, no album tracks – all hits,” Louis told us ahead of their performance on Saturday night.

“They’ve done so many big records. I think it’s the soundtrack to an awful lot of people’s lives and that’s why it works because it’s hit after hit after hit.

“They look like a young band! It’s amazing,” Louis added when discussing the lads’ impressive career.

“They look the same, their accents are the same and they still love it – that’s the secret.”

Over the years, fans have pondered just how the band still look exactly the same as they did back when they burst on the scene back in the late 90s.

“Maybe we look after ourselves, maybe it’s the air in Ireland, maybe it’s all the Guinness, who knows?” Nicky joked with us when speaking to us last year, fresh from fans being stunned by their youthful looks at the Pride of Britain Awards.

Westlife stormed onto the pop scene back in the late 1990s, with their first single – Swear It Again – topping the charts in both the UK and Ireland. The band followed it with 17 more number one hits – a record beaten only by Elvis Presley and The Beatles.

“They’ve been filling arenas everywhere else so it’s a big deal for any band to play a stadium – especially for a band going over 20 years,” Louis told us ahead of the band racking up another achievement at Wembley Stadium tomorrow night.

“But that’s why people are going along, because it’s the soundtrack to an awful lot of people’s lives.

Louis is incredibly proud of the record-breaking band

“They take time off, then they take time get back and [release a new record] – they love it! They really love it.

Quizzed on whether he ever imagined Westlife would still be going when he first met them over two decades ago, Louis added: “No, not at all because most bands only last a few years then someone else comes along.

“But they have a different kind of music and appeals to families, married people – everybody!”

“And the songs are great – it’s the songs. They’re great singers as well and get on [with one another] and that comes across.”

“They’re not following trends – they’re in their own lane and they’re a great vocal harmony band and that’s what they do.”

As for Louis, he’s still going strong too – with a few plans up his sleeve for the future.

“I love it, it’s not really like a job to me,” the former X Factor judge admitted when discussing his own career.

“I love pop music still, I love going to gigs, I watch the charts – I love it! I’m lucky to be doing something I love.”

And regarding the lack of girl and boy bands around at the moment, Louis could be the man to make the classic pop music scene exciting once again.

“There are no big groups since Little Mix, and there are no boy bands but I might be able to change that,” he teased.

We’ll have to wait and see, but in the meantime we can enjoy Westlife for many more years to come!

Read More: Louis Walsh reveals secret to how Westlife have lasted so long ahead of sellout gig