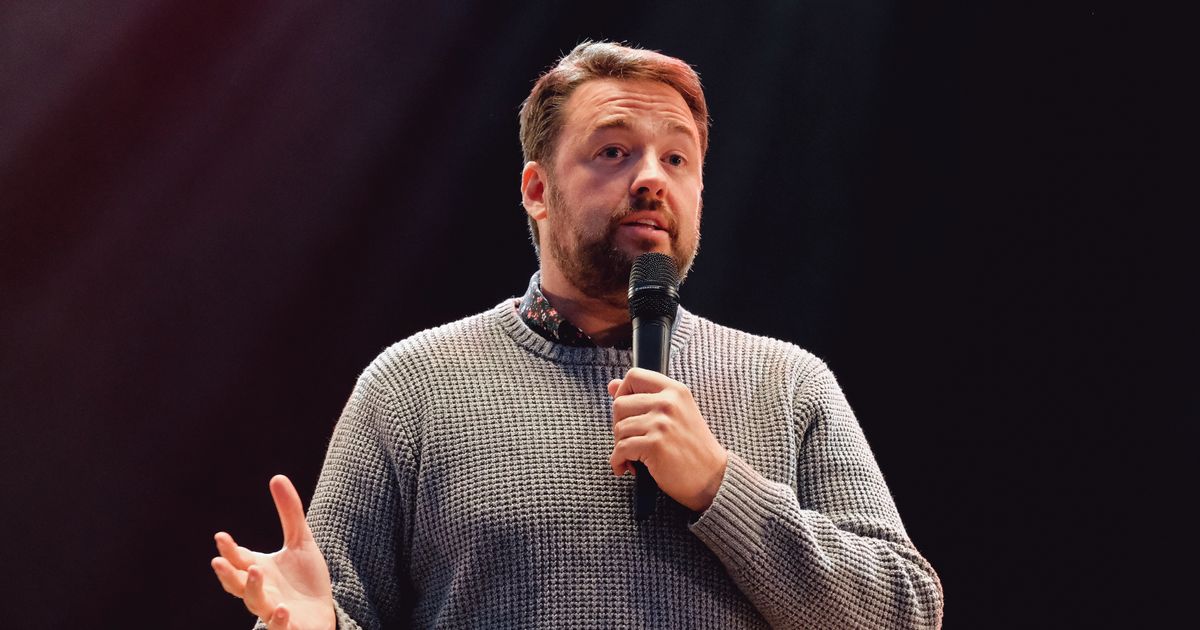 Here we are back in lockdown again, but I guess if you’re sat there on the sofa in your pants with a half-finished tattoo, terrible hair and banana bread in the oven, you probably already know that.

Although people are calling this ‘Lockdown 2.0’, it really doesn���t feel the same as it did the first time round.

Maybe I’m feeling nostalgic for our old lockdown ways, maybe I’m just an old man looking back on his life and reminiscing, maybe back in March it was just new and different, but I’ve got to say, this sequel is definitely not as good as the original.

Whilst of course not everyone had the same experience, for many of us the first lockdown was full of sunshine walks and clapping with neighbours, home schooling and pretending to do PE with Joe.

We chuckled as we saw the queues for ASDA like people were queuing to get into the Ministry of Sound. We went on forage missions to find flour and pasta, we rejoiced when garden centres opened and we actually enjoyed spending time with our family. 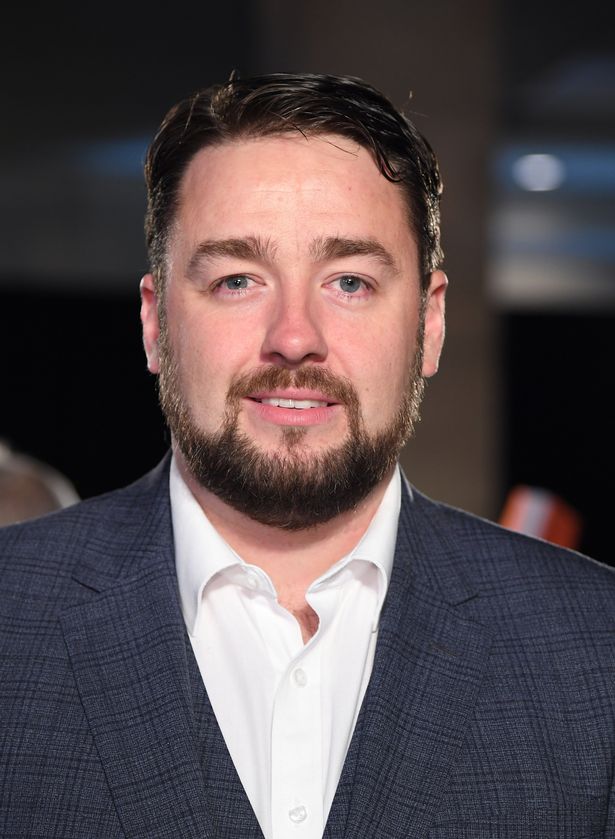 We struggled with year 6 maths alongside our kids, dusted our bicycles helmets off and did Zoom quizzes with our parents, laughing as nana muted herself yet again. Good times!

Lockdown 2.0 is not that! This one feels mean-spirited and miserable. I don’t mean to put the blame all at the door of one man, but we definitely felt more ‘in it together’ till some government tit went for eye test on the M1.

I know the weather makes it harder. The first lockdown was in the summer, now we are heading into winter. We get up in the dark and go to bed in the dark. The only bit of light we get is when we open the fridge door (which these days, is a lot!).

Schools are staying open this time. I for one, am into that idea.

Yes, I hear the argument that having schools open during a pandemic is like having a weeing section in the swimming baths but really, if there’s one set of people who can follow orders, it’s children.

For the most part they do what they’re told and stick to the guidelines. The positives of having schools open, for the parents at least, far outweighs the risk.

According to the rules we can now have unlimited exercise. So it’s not all good news. I much preferred the ’30 minutes max’. By the time I’d got my trainers on and done a few stretches, it was legally, time to go back inside.

So it’s not ideal, and for some it’s going to be life changing and difficult, but the best we can do is plough through lockdown one more time with a smile on our face (not that anyone can see it as we’ve got masks on!). 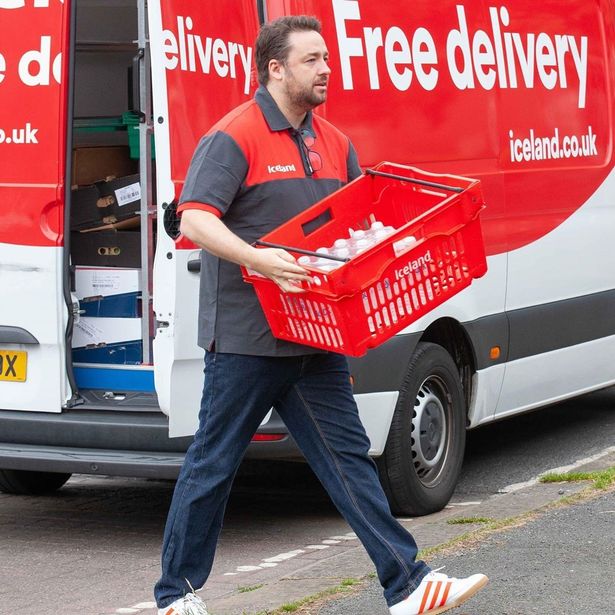 The Welsh supermarkets blocking off none-essential items was a bit scary. Who gets to decide what is and isn’t essential? I saw in one supermarket they had beer down as essential, but glasses to drink it from weren’t.

How have we got to a situation where clothes are deemed none-essential? I mean, you try walking down the street with no clothes on and wait for a copper to have a word.

Let’s see how far the ‘none-essential’ argument gets you then! You’ll have to start dressing yourself in lettuce.

Yes we can all wait a month until we can buy clothes again but children grow stupidly fast. You put them to bed one night in their tiny pyjamas, they wake up the next morning busting out of them like Tom Hanks in ‘Big’.

I did enjoy the irony of supermarkets blocking off access to escalators with pallets of Corona; strangely poetic that. I guess it means more people shopping online which will make Jeff Bezos from Amazon the richest man in history.

Can you imagine what their tax bill will be though? I hope they’ve got some savings. It might even be three figures this time. 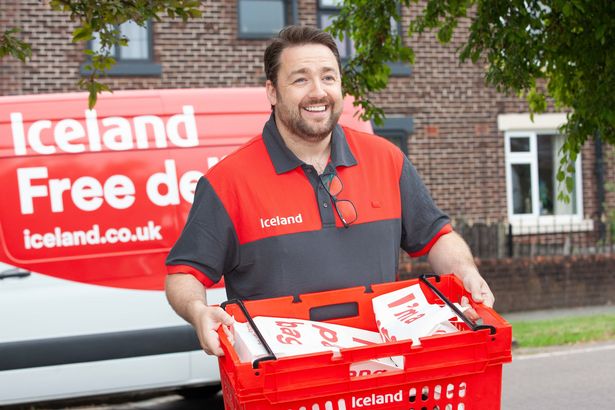 It does look like the traditional Black Friday high street sales will be cancelled this year. That’s sad. I always enjoyed watching people wrestle each other to the ground to try and get their hands on a bargain Nespresso machine.

But I suppose you can’t have people fighting over the last X-Box whilst also keeping two metres apart.

I don’t know if you’ve ever experienced a rush of shoppers whilst you’re coming in the other way at John Lewis. I can only compare it to that scene in The Lion King where Mufasa meets his untimely demise at the feet of a herd of wildebeest. Truly terrifying. 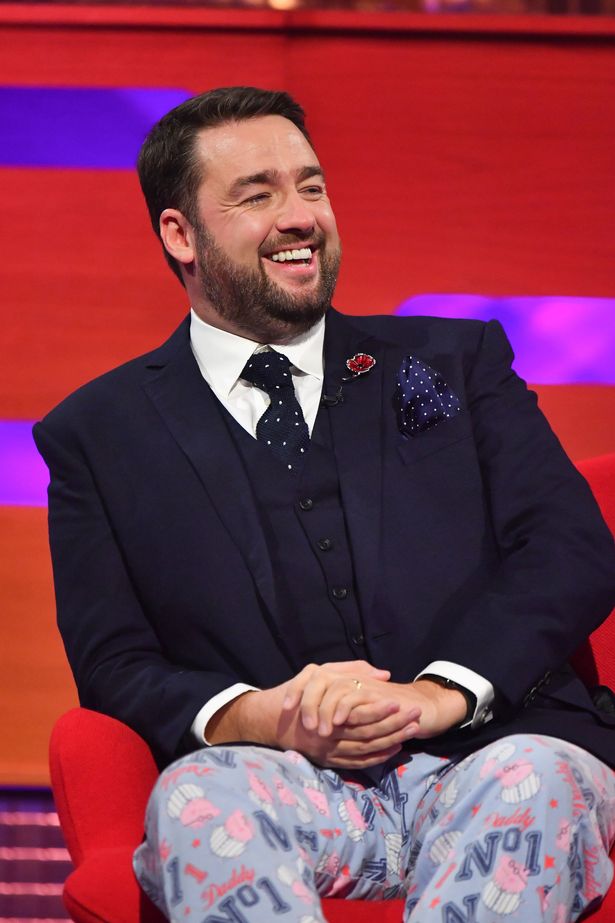 I appeared on Graham Norton’s chat show last week in what I reckon was the outfit on 2020. It was a bold statement but gave a fair few people a good chuckle.

I presumed we’d be doing the interview on Zoom so was surprised when I was ushered into the studio to hang out with Kylie Minogue and Nicola Adams.

As you can see from the picture, I went business up top, bedroom below. A lovely navy blue Paul Smith suit with matching tie and pocket square twinned with M&S Peppa Pig Pyjamas with very comfy slippers.

I can’t be the only one who has rocked up for work like this in recent times, maybe I’ve started a trend!

A dad-of-six has been slammed online for having tattoos of his children’s poos on the back of his legs. The proud dad shared the new ink online, and the internet did not like it.

It seemed that his followers couldn’t decide on whether it was affectionate of utterly terrifying. I wonder if it was a simple case of misunderstanding and he’d actually asked for pictures of his kid’s FACES. 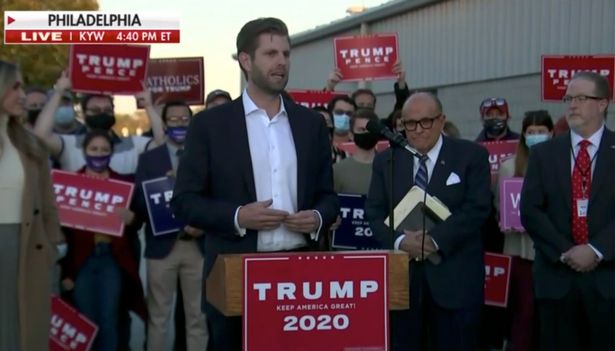 Four Seasons Total Landscaping (situated between an adult sex store and a crematorium!) have $25 dollar t-shirts with ‘Lawn and Order’ and ‘Let’s Make America Rake Again’ on the front and by all accounts they are selling like hot cakes.

I’ve got to say that there was something quite poetic about seeing Donald Trump’s lawyer Rudi Giuliani struggling with a press conference from the car park of a garden centre.

But the real story is who is the absolute legend at Total Landscaping who took that phone call AND booked it in. They knew it was for the hotel, but rather than ‘fess up, they took that credit card payment and said “Alright sir, we’ll see you at 10!”.

I mean, to be fair, for a president that seems to dig himself a hole every day, a garden centre seemed the perfect place for a final press conference.

One of the most notorious jails in America is under investigation after two former detention officers tortured inmates by playing them the children’s song ‘Baby Shark’ on repeat.

The officers at Oklahoma County Jail have been charged with subjecting prisoners to ‘inhuman discipline’. I’ve been saying that song was irritating for years but now it’s officially classed as ‘inhumane!’

Suddenly it makes sense why you’d rather do a month at Guantanamo Bay than an hour at a kid’s birthday party.

Great news about the vaccine this week but what isn’t good news is the conspiracy theorists who believe that Bill Gates and his evil empire are somehow going to put a trackable microchip in each and every one of us.

Even if you take away the fact that we already have several ‘trackable microchips’ on us at any one time; one that is listening to our phone calls AND reading our messages (ie your phone).

That doesn’t explain why Bill Gates would want to know exactly where Julie of Stockport is at all times and what she is up to! You’re not that interesting!

Read More: ‘Lockdown 2 is tougher – the only light I’m seeing is from inside the fridge’

« Laurence Fox 'dropped by agent over the phone' after controversial remarks