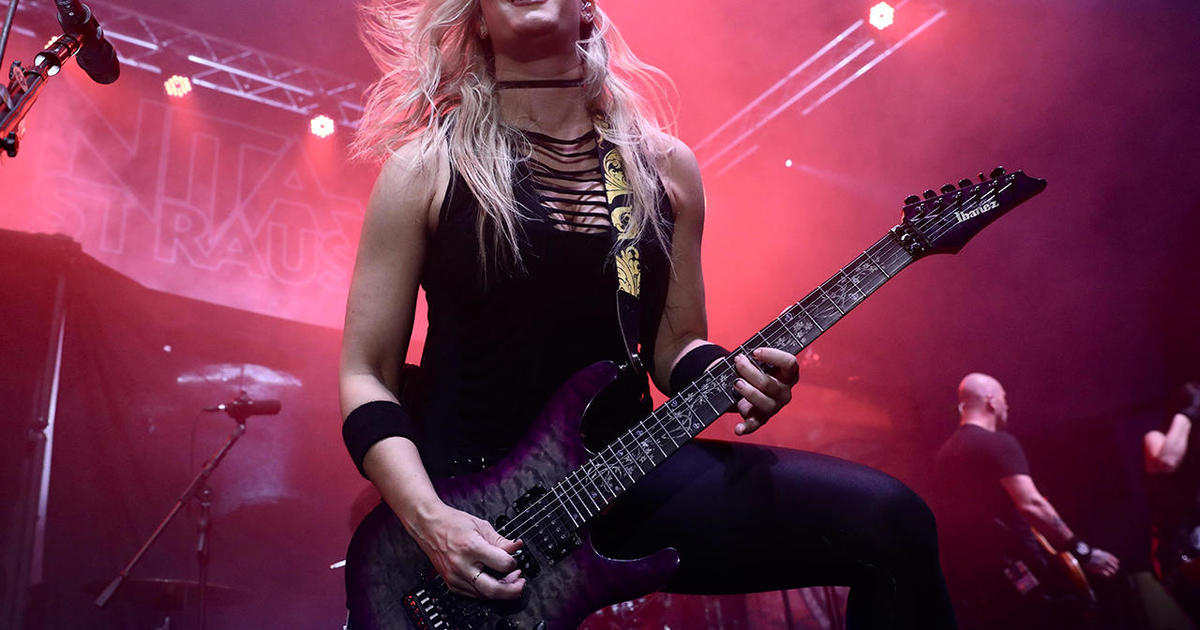 U.S. fighter in Ukraine glad to see friends alive, even in Russian hands

Over 90% of Afghans seeking to enter U.S. on humanitarian grounds rejected

Live music is back on track in 2022, with rock, heavy metal and country artists returning to the stage, and fans couldn’t be happier.

Led Zeppelin singer Robert Plant and bluegrass star Alison Krauss began collaborating with their 2007 album “Raising Sand,” a Grammy-winner for album of the year. They are currently on tour supporting their latest album, “Raise the Roof.” Here they perform at the Jay Pritzker Pavilion in Chicago, June 7, 2022.

Plant and Alison Krauss’ setlist included songs from their new album (including “Rich Woman,” “Please Read the Letter,” and “Let Your Loss Be Your Lesson”), Everly Brothers covers (“Gone Gone Gone,” “Stick With Me Baby”), and some Zeppelin (“The Battle of Evermore”).

While some bands are on hold, members of bands have picked up solo shows on the road. Guitarist John 5 (who has been performing with Rob Zombie) is now on tour with his band, John 5 and the Creatures, while Zombie is making a movie. John 5 appeared at the Apollo Theatre A.C., in Belvidere, Ill., on May 4.

Adept at both heavy metal and country (as a child he was a fan of “Hee Haw”), John 5 performed “Six Hundred and Sixty Six Pickers in Hell, CA,” “Land of Misfit Toys,” “Season of the Witch,” “Howdy,” and “The Black Grass Plague.”

Opening for Wylde and Black Label Society in May was solo guitarist Nita Strauss. A descendent of classical composer Johann Strauss, she has toured with Alice Cooper, performed at football games and wrestling events, and was featured in “Hired Gun,” a documentary about touring and session musicians.

Also performing at the Apollo in Belvidere on May 5 was blues-rock guitarist Jared James Nichols. He performed “Shadow Dancer” (from his new EP), “Threw Me to the Wolves,” “Skin ‘n Bone” and “Bad Roots.”

The Brian Jonestown Massacre, pioneers of alternative and psych rock, are on their first nationwide tour since 2018. (Their latest music dropped in March.) Here they perform at the Vic Theatre, Chicago, on April 8, 2022. Touring with Anton Newcombe are Hallberg Daði Hallbergsson on bass, Hakon Adalsteinsson and Enrique Maymi on guitar, Uri Rennert on drums, Joel Gion on tambourine, and Ryan Carlson on keyboards.

In April, while touring in Portland, the bus being used by the band was broken into, and their gear stolen. Newcombe tweeted: “To the mother f*****s that stole my s*** that I feed my family with: it will be my hand that greets you when you die. you will [fire emoji].”

Less than two weeks later, most of the guitars and other equipment were recovered by police from a homeless encampment.

The Danish rock band Volbeat – whose music is a blend of rock, rockabilly and heavy metal – appeared at Allstate Arena in Chicago, February 8, 2022, opening for Ghost.

The setlist for the Swedish rock band Ghost included “Square Hammer,” “Rats,” “Hunter’s Moon,” Dance Macabre,” and “From the Pinnacle to the Pit.” They also covered Metallica’s “Enter Sandman.”

On March 10, 2022, the Los Angeles rock band Tool played at the United Center in Chicago. Performing were vocalist Maynard James Keenan, guitarist Adam Jones, drummer Danny Carey and bassist Justin Chancellor. “They technically strive for perfection in their show, and achieve beyond it,” noted Barlow.

Their tour is in support of Tool’s 2019 album “Fear Inoculum,” their first album in 13 years. “Fear Inoculum” debuted at #1 on the Billboard chart, and featured the hits “Invincible,” “Descending,” “Culling Voices,” and “Chocolate Chip Trip,” all of which turned up on the setlist.

David Morgan is a senior editor at CBSNews.com and cbssundaymorning.com.