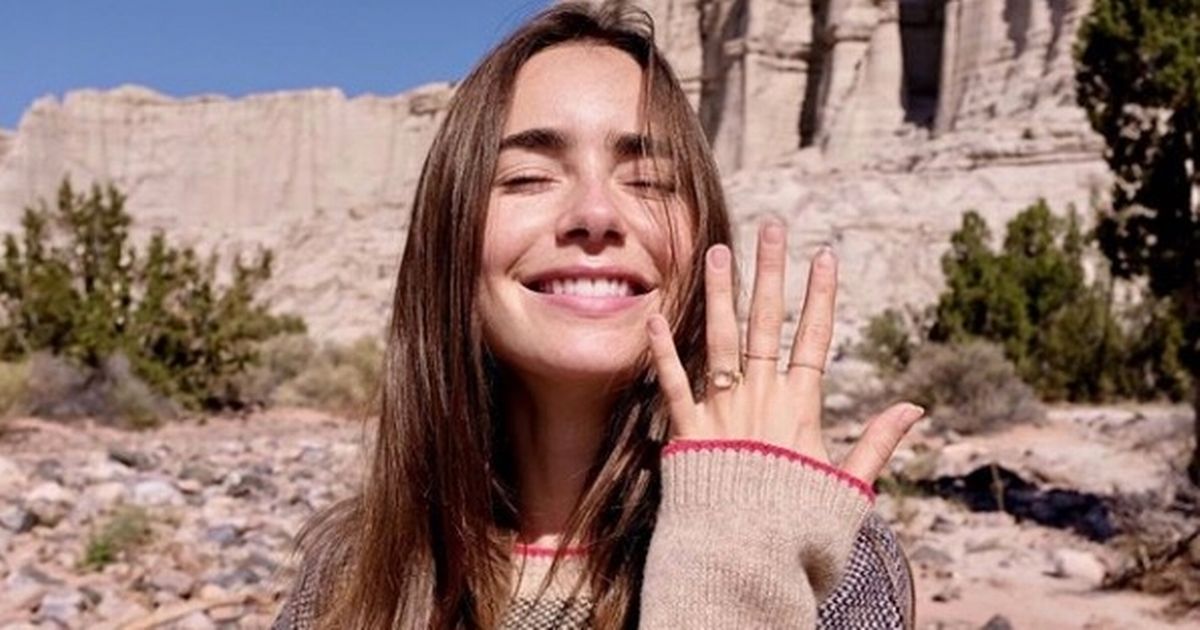 Love, Rosie actress Lily Collins, 31, got engaged to her filmmaker fiancé last Friday during a romantic road trip to New Mexico – here’s the first look at her new ring 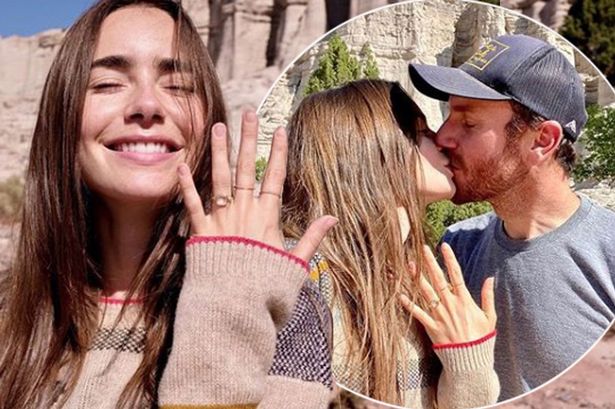 Lily Collins has showed off her engagement ring for the first time since fiance Charlie McDowell got down on one knee.

The actress, 31, was swept off her feet by her filmmaker partner, 37, who got down on one knee during a super-romantic road trip through New Mexico last Friday.

The newly engaged couple have been living in a little bubble since, with Lily only revealing details of the special moment a whole week later.

The stunning ring features a pricey rose-cut diamond and was designed with the help of jewellery maker Irene Neuwirth, who added finishing touches to create the most perfect ring for Lily. 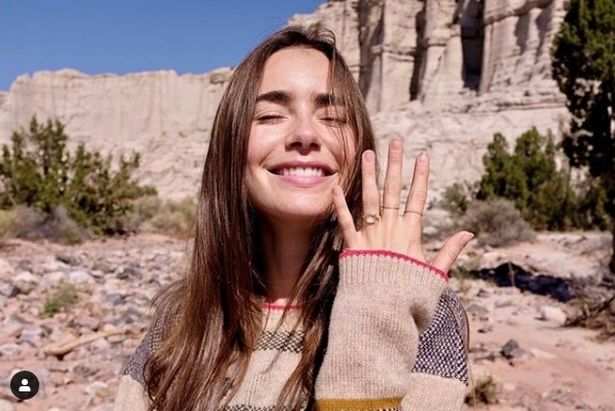 She admitted she is over the moon with the gold band as it’s “exactly what she wanted”.

“It’s a rose-cut diamond. Charlie designed it with Irene (Neuwirth),” she explained on the US talk show Live With Kelly and Ryan.

Lily continued: “I was very surprised by it, but it’s exactly what I would’ve wanted and he knew me so well, obviously.” 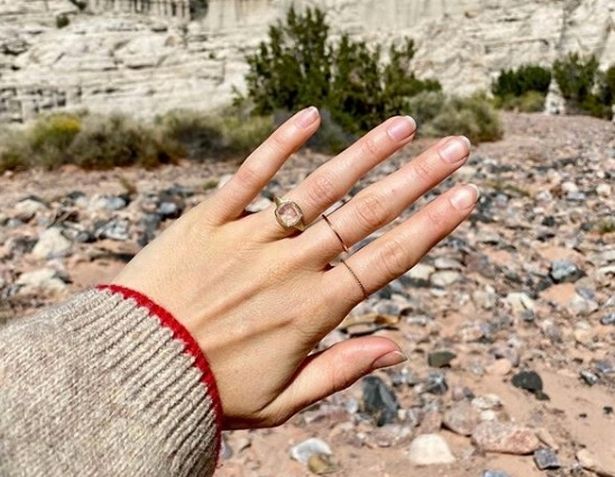 The star added: “I can’t believe I get to call myself a fiancée now. I was very surprised as to when and where it would happen.”

But Lily admitted she “knew” she would be his wife one day.

“It was kind of one of those situations where I knew the second that I met him, that I wanted to be his wife one day,” she concluded.

Lily told the hosts about her romantic proposal, which happened when the couple took a road trip through New Mexico in Sedona. 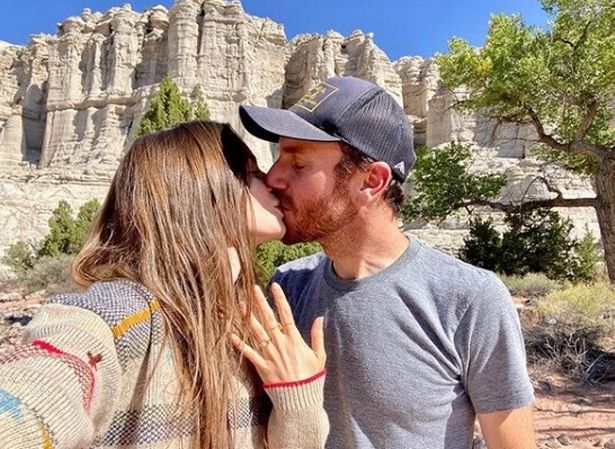 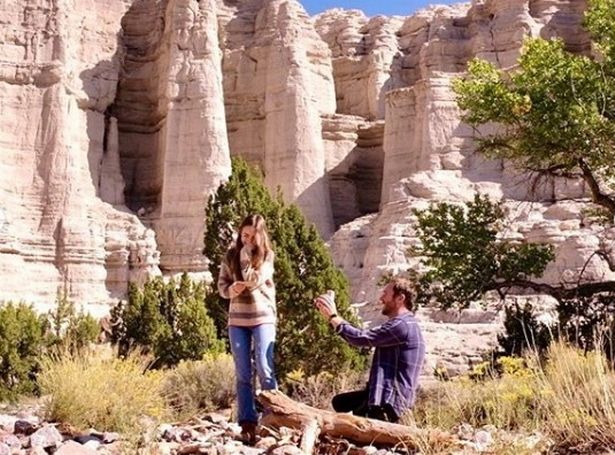 The overwhelmed star shared snaps from the proposal on her social media last week as she revealed the news to followers.

Lily, who has been dating the filmmaker since last August, wrote: “I’ve been waiting my lifetime for you and I can’t wait to spend our lifetime together…”

While Charlie made his own social media post, gushing: “In a time of uncertainty and darkness you have illuminated my life. I will forever cherish my adventure with you.”