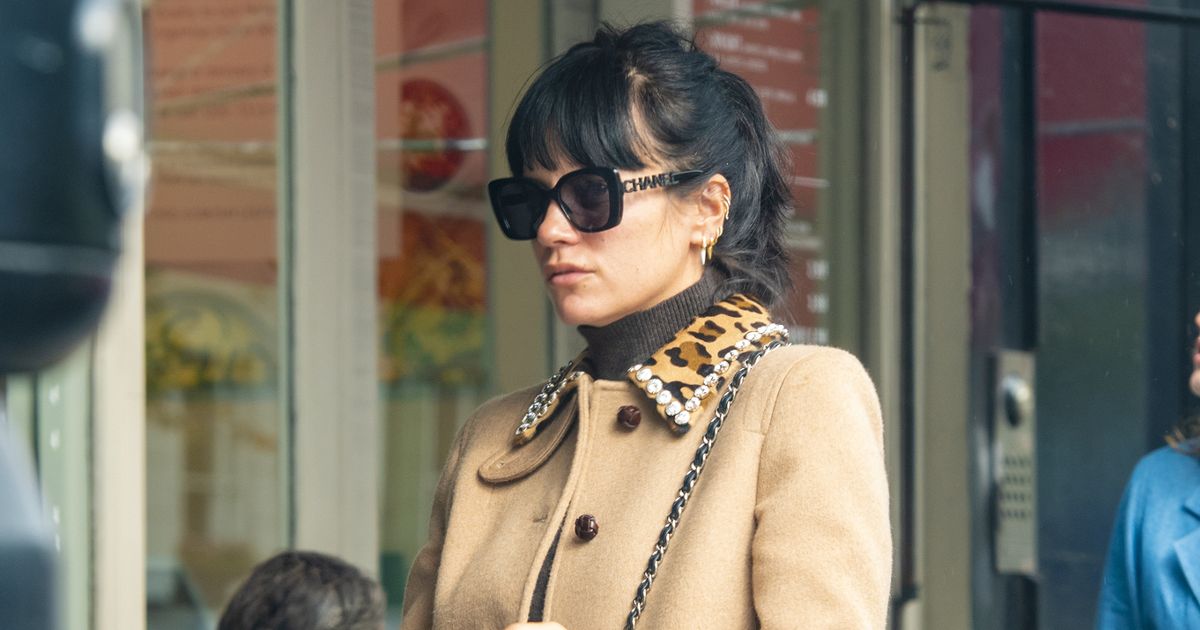 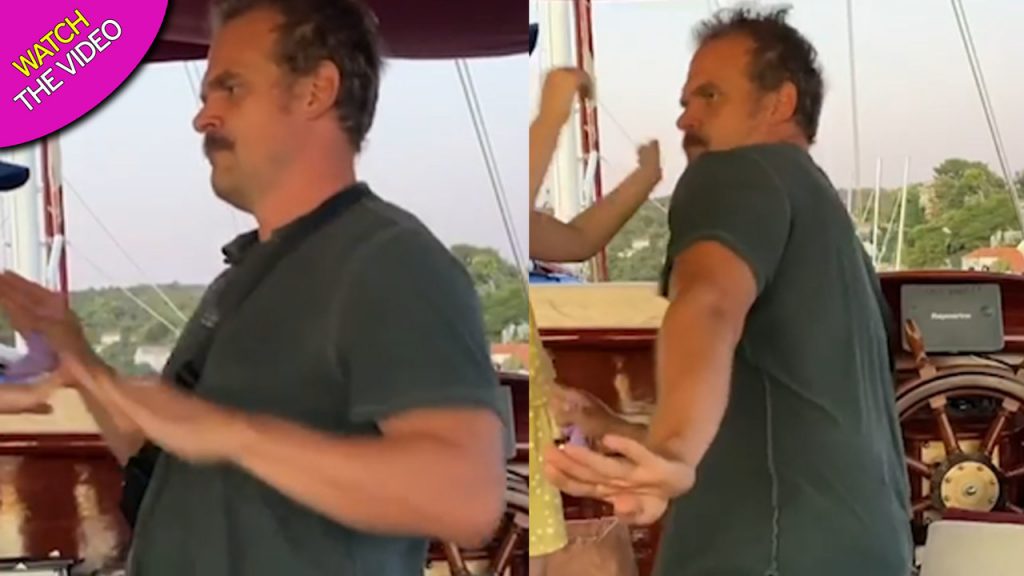 Lily Allen has stepped out for the first time since her secret Las Vegas wedding, flashing the stunning rock on her finger.

The star, 35, nailed autumn chic style as she glamorous stroll through London streets.

Covering her eyes with a pair of shades and tying her raven locks back, Lily cut a stylish figure in a beige overcoat and knee-high boots.

She completed her ensemble with a Chanel handbag slung over her shoulder.

And on her fingers were her engagement rings, as well as one from the big day itself.

At one point, the star donned a face mask as she stepped into a shop.

Lily recently shared that she’d got hitched to Stranger Things actor David Harbour, 45, at a Las Vegas ceremony officiated by an Elvis impersonator. 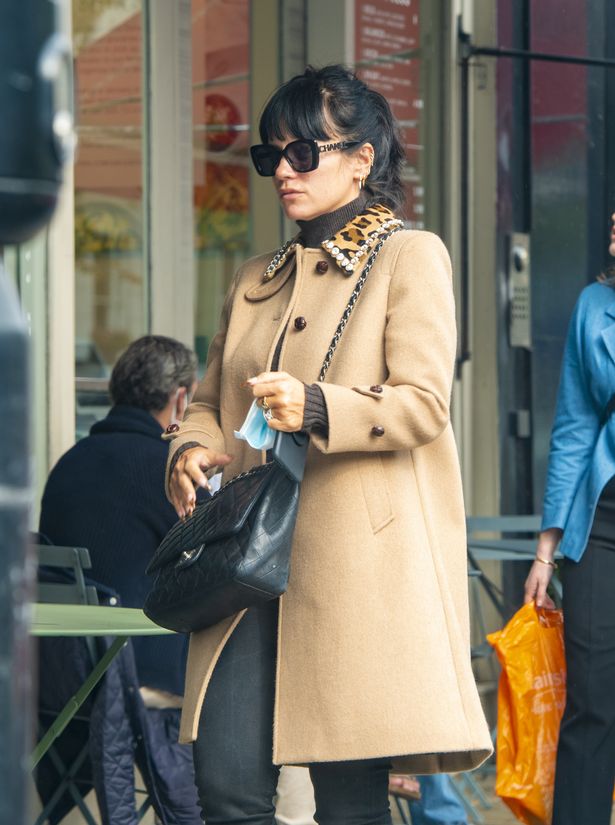 She showed off the gorgeous diamond ring to the camera as she displayed her wedding day manicure.

Giving fans a glimpse into the big day, Lily stunned in a crisp Dior dress as the Elvis impersonator serenaded her and new hubby David.

The new spouses tucked into burgers with Lily’s daughters, Ethel and Marnie, who seemed to be the only guests.

David’s now moved in with Lily and the two girls, the four of them escaping to Croatia for a sun-drenched getaway.

And in adorable scenes, proud mum Lily filmed her girls dancing with their new stepdad on board of boat during their holiday. 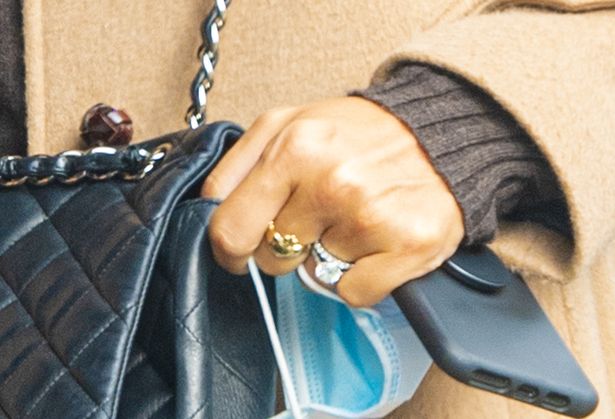 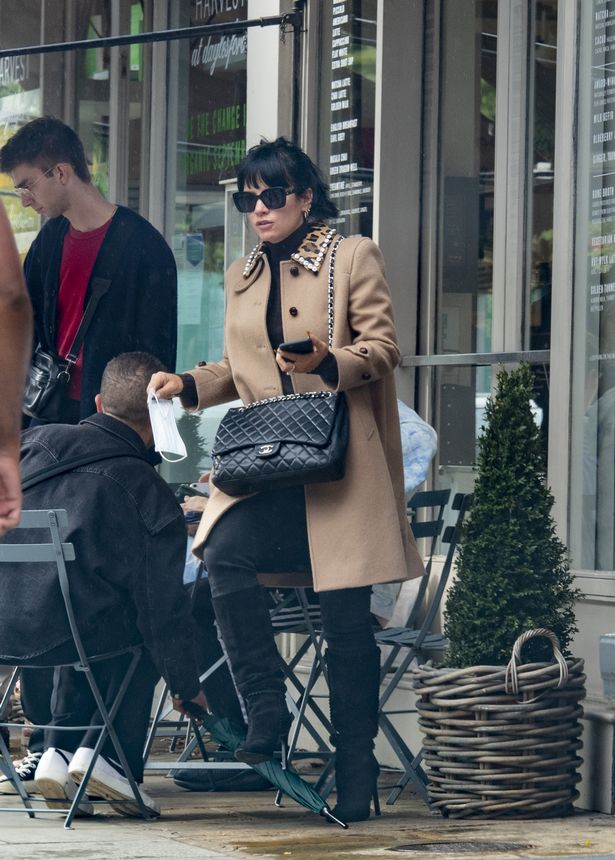 Lily wrote: “Bye bye Croatia. We had the best time, will definitely be back. Special shout outs to our amazing crew on our amazingly beautiful vessel Nostra Vita and @goolets for sorting everything out for us so last minute. Trip of a lifetime for sure.”

Lily and David’s were snapped together at a New York Knicks game last year.

Lily confirmed their relationship when she shared a snap of David’s muscled arms and captioned it: “Mine.” 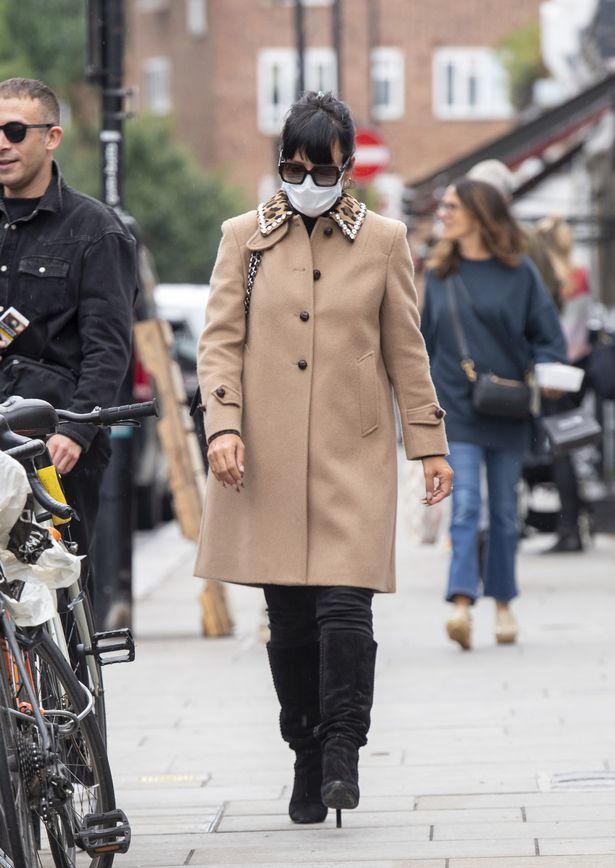 And in January this year, they made their red carpet couple debut at the Screen Actors Guild Awards.

In March, the two isolated together in London after lockdown measures went into place.

The singer recently marked a full year of sobriety, taking to Instagram with snaps before and after deciding to ditch the booze.