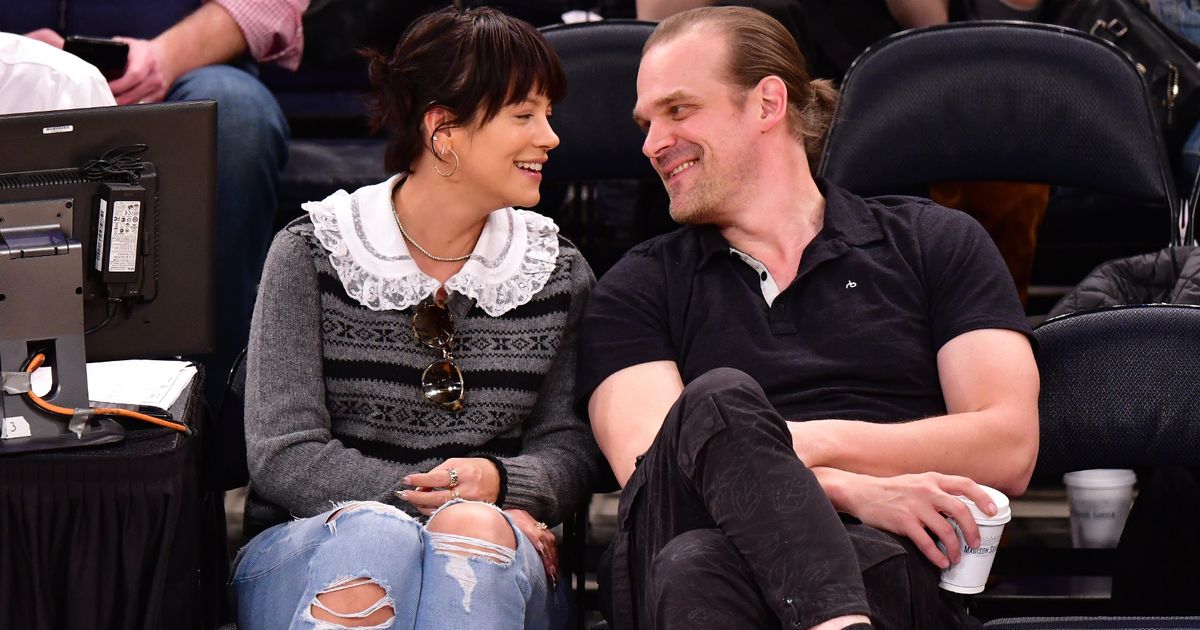 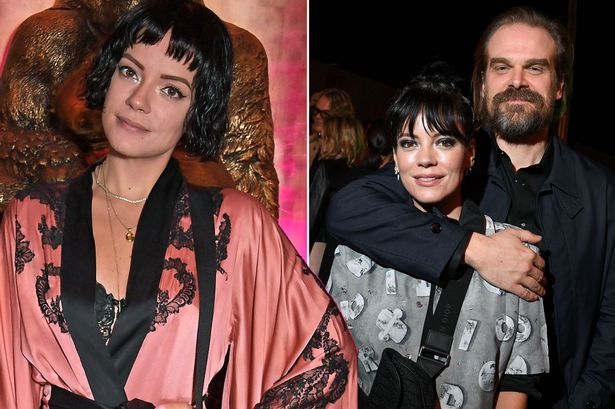 Singer Lily Allen and Stranger Things actor David Harbour have married in Las Vegas after over a year of dating.

The couple were first reported to be dating last summer, with both having recently come out of previous romances.

Lily had finally divorced her husband Sam Cooper in 2018, having had her daughters Marnie and Ethel with him.

Meanwhile, David had reportedly broken up with his partner Alison Sudol last year, according to US Weekly, and was believed had been dating her since 2018.

Lily and David were then reported to have gone on their first date in August last year as they were seen in London dining together after a performance of The Lehman Trilogy at the Piccadilly Theatre, according to E!.

The lovebirds were also seen climbing into the same taxi.

They were then spotted on social media together attending a boxing match that same month.

According to People, the pair were next seen together when Lily was present at an after-party following David’s presenting gig on Saturday Night Live. 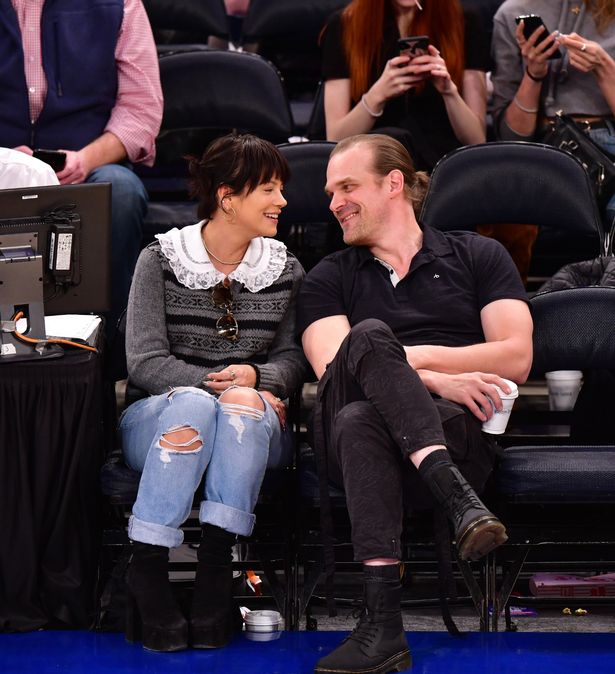 Lily then shared a photo of David’s muscles with his tattoos showing on Instagram, captioning the photo: “Mine”.

The pair then went on to be seen in public on multiple occasions including at a sports event in Madison Square Garden and embracing on the streets of New York City.

It was not until January this year that the couple walked the red carpet together, attending the Screen Actors Guild Awards.

Lily was seen in a gorgeous red frock, while David was looking dapper in his tuxedo. 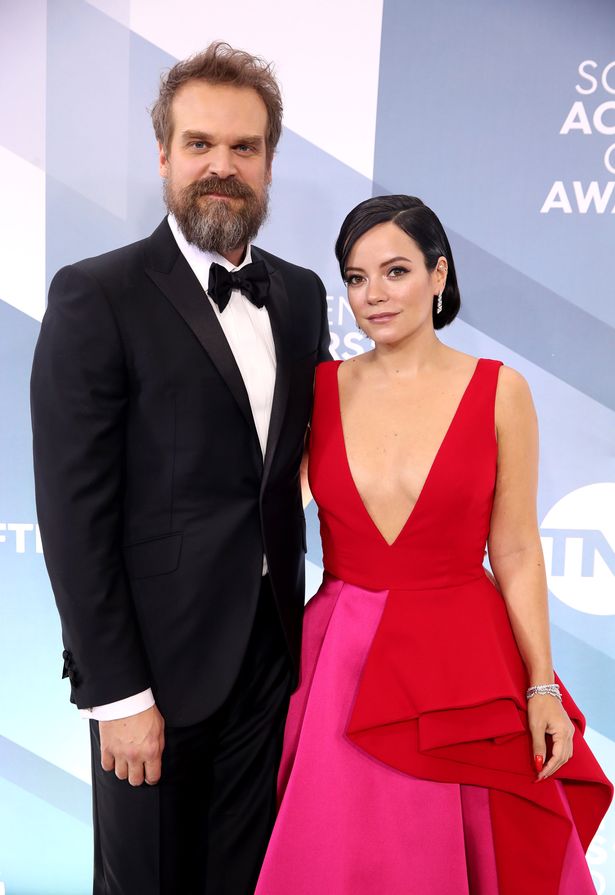 The couple then went on to isolate together in London during the lockdown that arrived in March as a result of the Covid-19 pandemic.

In April, David was with Lily and her two daughters as they celebrated his birthday.

Lily even shared a gorgeous birthday cake for him and wished him a happy birthday on social media.

David, meanwhile, shared images of his celebrations, including photos of Lily and her daughters, and wrote on his own Instagram account: “To all the friends and fans that reached out with birthday wishes yesterday, thank you, so happy to have so so so so many people out there tracking my race to being infirm and embarrassingly saggy all over. And to those that didn’t, you’re heartless jerks.”

He continued, “Very happy the supply lines still manage to ship dinosaur toothpicks. A birthday isn’t the same without an extinct species menagerie atop lush radioactive fluorescent green icing. I feel like a quarantined kid again, on the verge of a 10,000 year ice age. Hey triceratops! Looking trim!” 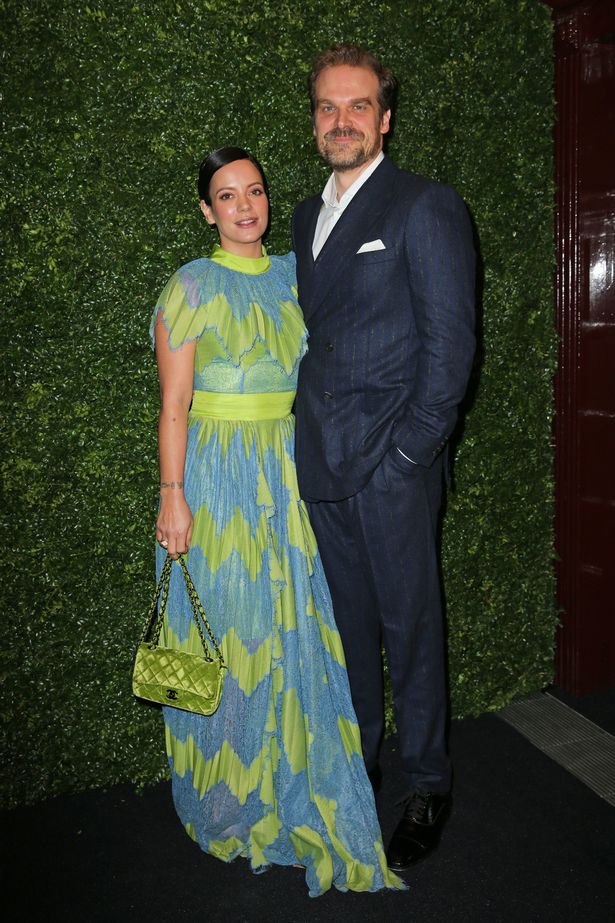 Over the summer, as lockdown eased, the couple took to Croatia for a much-deserved summer holiday.

Lily posted many images during her time in the sun with David and her daughters.

She also posted photos from the streets of Skradin, with David holding the hand of one her daughters. 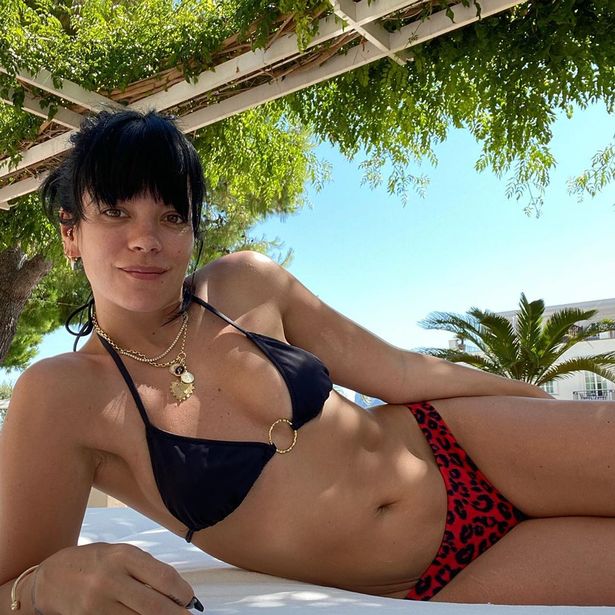 Lily’s most recent Instagram post was of the four of them in Croatia, along with a flurry of other memorable moments caught in images and video.

The 22 singer wrote: “Bye bye Croatia. We had the best time, will definitely be back. Special shout outs to our amazing crew on our amazingly beautiful vessel Nostra Vita and @goolets for sorting everything out for us so last minute. Trip of a lifetime for sure.”