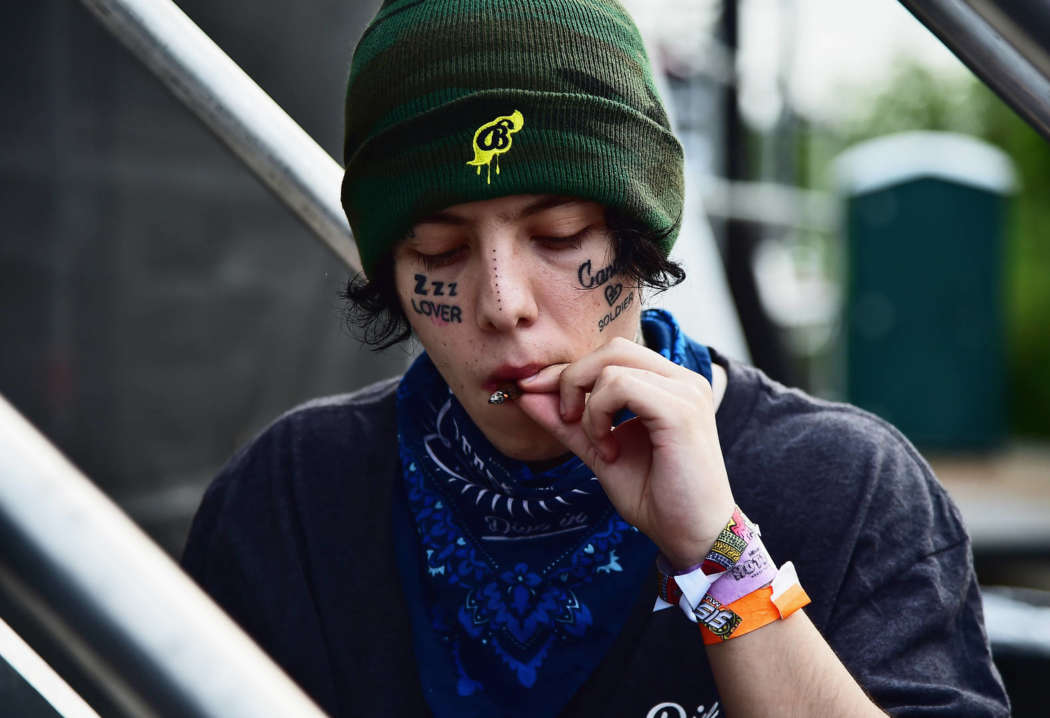 Lil’ Xan, who now goes by the name, Diego, recently came back to social media to update his fans on his health condition. Reportedly, the young rapper has spent the past two months detoxing from drugs and getting off of prescription pills once and for all.

Hot New Hip Hop picked up on a social media post from the rapper recently in which he explained how he had endured multiple seizures after quitting prescription drugs cold turkey. In his post, he shared what it was like to fight against his condition.

As many of you know I’ve been inactive from all social media for the past couple months. About 2 months ago I suffered from multiple seizures. This was my second time in the last year I’ve been hospitalized for having seizures. I decided it was best for me, my friend’s, family and supporters that I quit all prescriptions pills. The doctor’s wanted me to wean off the pills but I went cold turkey and although it has been the toughest time in my life I’m happy to say that I’ve been sober from all prescription pills since the scare. This is the first time in along time that I have felt alive. I’ll will continue my journey towards becoming a better me. I want to be an example for everyone that it’s never too late to get your life back on track and you are not alone on this journey. Thank god for giving me a 2nd chance at life. I have love for everyone and to all my supporters I won’t let you down! I’m working on the best music of my life and can’t wait to share with you all the things I have in store for the future. Xanarchy 4 Life ❤️💔🖤

As fans of the Xanarchy artist know, this won’t be the first time that he’s suffered from a seizure. Back in November of this year, he revealed that he was hospitalized due to seizures as a consequence of opioid withdrawal.

Around that time, Diego claimed he was committed 100% to sobriety, and he was doing everything in his power to stay on the right track. He has been fighting drug addiction for years. In fact, this past year, he went to a rehabilitation facility but suffered multiple relapses once he was released.

Diego is frequently in the headlines for his mental health and drug abuse struggles, including on the 19th of April when the rapper reportedly succumbed to an anxiety attack. He claims the attack was so severe that he had to go to the hospital for treatment.

Us Magazine reported back in April of this year, amid the coronavirus lockdowns, that he was staying at home after going to the ER. Xan shared the news on his social media accounts. Furthermore, Diego revealed how he was feeling abnormally anxious amid the COVID-19 lockdowns.

Diego, formerly known as Lil’Xan, used to date Noah Cyrus, the little sister of Miley. The celebrity duo had an on-and-off relationship for months until they finally called it off, although, they are apparently seeing each other once again. During an appearence on No Jumper with Adam22, the rapper discussed how the record label thought them getting together was a good idea.