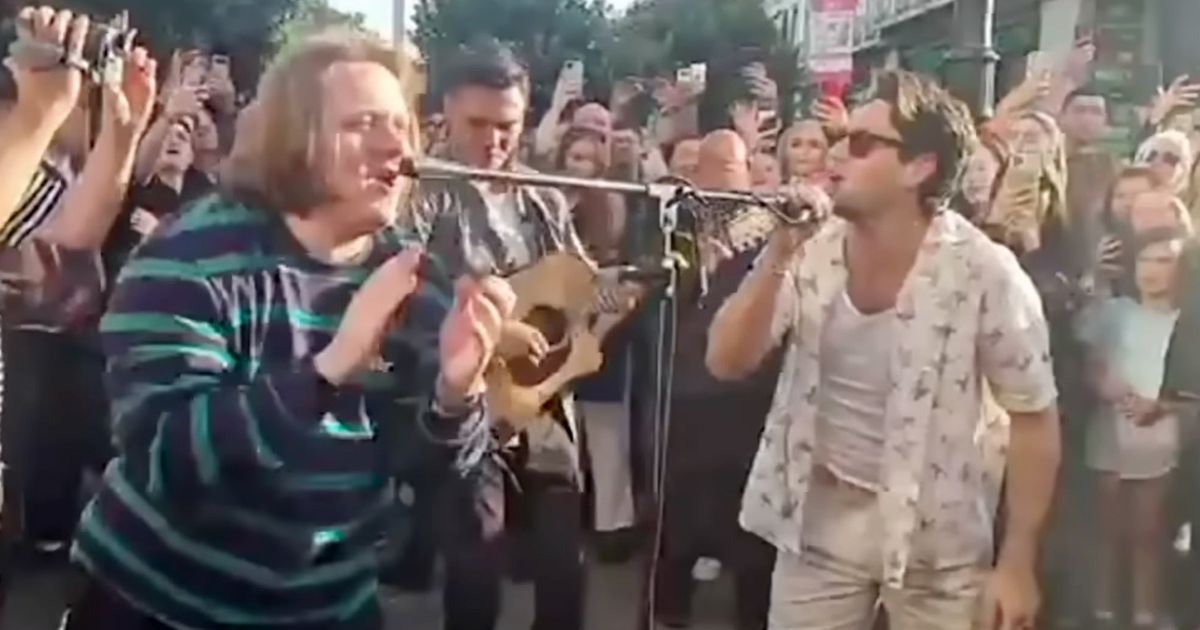 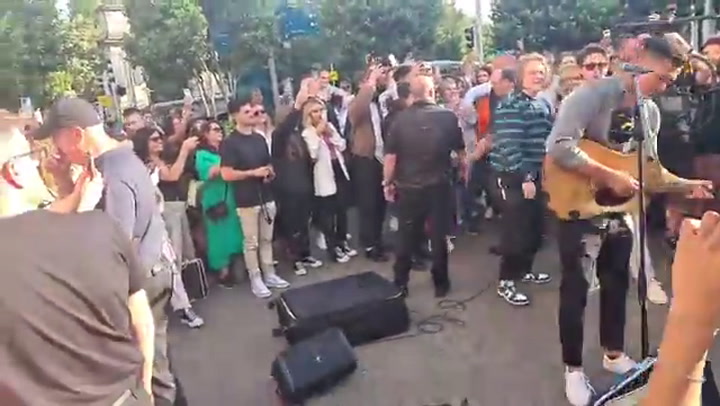 Lewis Capaldi and Niall Horan stunned shoppers going about their business in Dublin on Friday.

The singing duo decided to do an impromptu busking performance in the city centre, with the crowd growing as people began to realise their superstar status.

Footage of Lewis, 25, and former 1D star Niall joining busker Jacob Koopman for a few tunes has gone viral on social media, with fans gutted they missed out on seeing the two perform.

Niall, 28, sung his hit Slow Hands with the help of Jacob, before the trio sang Lewis’ Before You Go as well as Coldplay’s Yellow.

Fans who witnessed the scenes took to social media to alert others.

One wrote: “I’M ON GRAFTON STREET AND NIALL HORAN AND LEWIS CAPALDI ARE BUSKING THIS IS NOT A DRILL”.

While another added: “As f***ing if Niall Horan and Lewis Capaldi were busking on Grafton Street in Dublin today?????? F**k off why do I live 3 hours away is this a joke??? I’m sobbing life isn’t fair.”

Niall and Lewis have been friends for years.

Back in 2019, Niall revealed he wrote a song with none other the Someone You Loved hitmaker.

“We don’t know yet,” Niall admitted, “We wrote something and if it’s good enough we’ll release it.”

The pair went on the road together, with Lewis supporting Niall on his 2020 Nice To Meet Ya tour.

Last year, Niall admitted he “struggled” with the attention of One Direction fans during the band’s heyday and he ‘felt like a prisoner’ as they became famous across the globe.

Speaking on Dermot O’Leary’s podcast, People, Just People, the singer said: “As you know, I have to be doing something all the time and the thought of just closing the curtain in my hotel room was just madness to me.

“I really struggled with the idea, ‘Why won’t you just let us out? We just want to go for a walk!’ But you can’t get inside the brain of a fan.”

They sung Coldplay’s Yellow to the delight of fans

Niall added: “Now I completely get it, but at the time we were like, ‘You’re our age, will you just let us out so we can walk down the street! You must understand!'”

When One Direction were at the height of their fame, Niall recalled the reception the band used to have wherever they went.

He continued: “In the UK, it was nuts. We’d go and do signings here and there and bits and pieces and that was crazy.

“That was the first kind of side of it, you know, banging on car windows. Around the release of What Makes You Beautiful is when it really kicked off.

“We did a HMV run around the country, Glasgow, Birmingham, Manchester, to do the signings and that was the first time I seen the madness.”