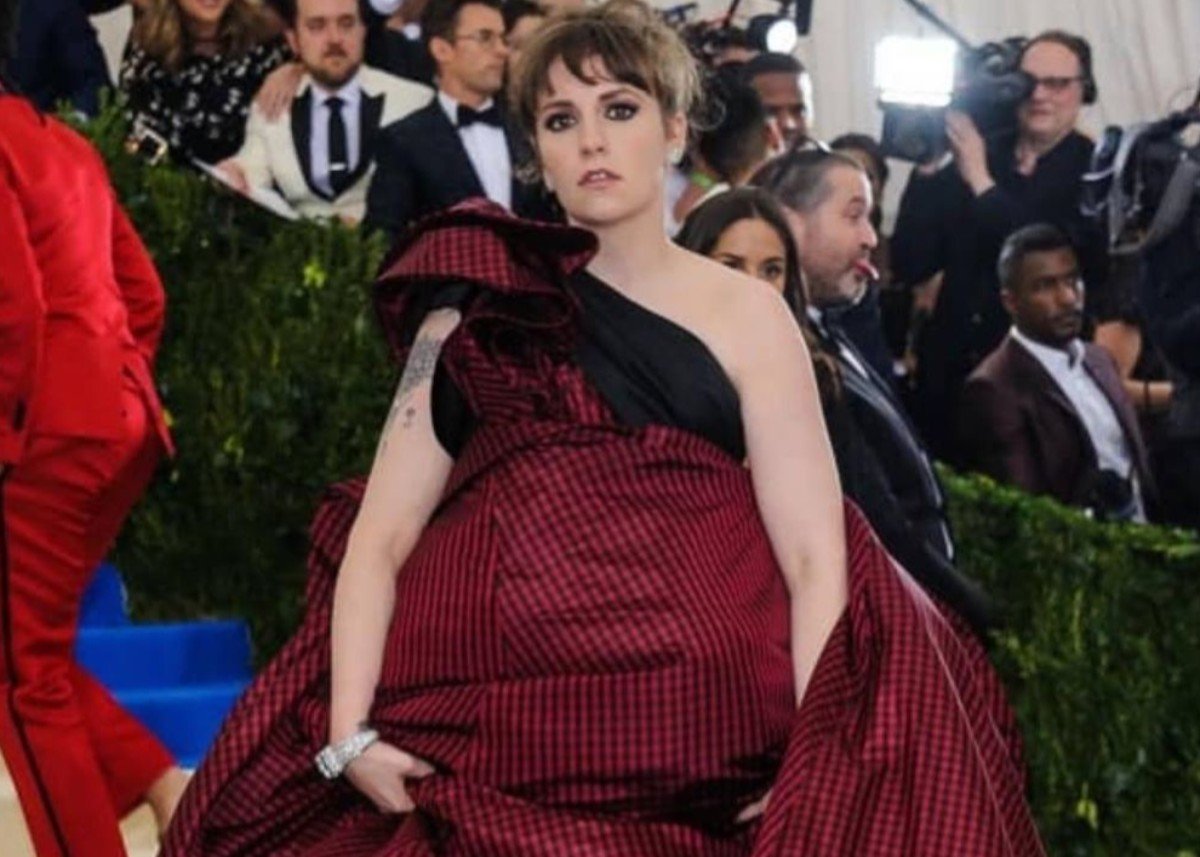 Lena Dunham is showing off her body in one of Emily Ratajkowski’s Inamorata Woman, two-piece bathing suits, and fans are here for it. At 34-years-old, Lena has been vocal about her self-image and importance being body-confident has in her life. Lena recently revealed she suffers from a connective tissue disorder called Ehlers-Danlos Syndrome. The condition didn’t stop Lena from flaunting her curves in the very skimpy bathing suit that features strings around the waist. Lena wore the Las Olas top and the Orpheus bottoms in the floating figure print. It is one of Emily Ratajkowski’s brand’s most popular bathing suits and Lena posed in her backyard while wearing the bathing suit.

Lena braced herself by holding on to a chair with one hair and an umbrella pole with the other. It’s unclear if the pose was for fashion purposes, or if she was feeling unsteady on her feet due to her EDS. Reaction to Lena’s photo has been mixed with many people praising her for her honesty and self-confidence.

Still, there were many who attacked the Girls’ actress and made rude comments to her based upon her looks. The official Inamorata Woman Instagram account shared the photo of Lena and referred to her as a “Queen.” You may see the photo that Inamorata Woman shared below.

You may see a video of Emily wearing pieces from the same collection and with the floating figure pattern below. Emily shared the video with her 26.6 million Instagram followers and received over 5,000 comments praising the look.

Many people sounded off regarding those who had negative feedback from Lena Dunham. Some of the comments were downright cruel but for those who couldn’t find anything positive to say, there were plenty of people saying kind things about Lena. Though Hollywood is currently on hiatus due to the Coronavirus pandemic, Lena Dunham has three movies in various stages of production and one television series in production.

What do you think about Lena Dunham’s photo and body confidence?

« NAPP, Not Another Photorealistic Pack, May Just Be The Most Detailed Texture Pack Ever