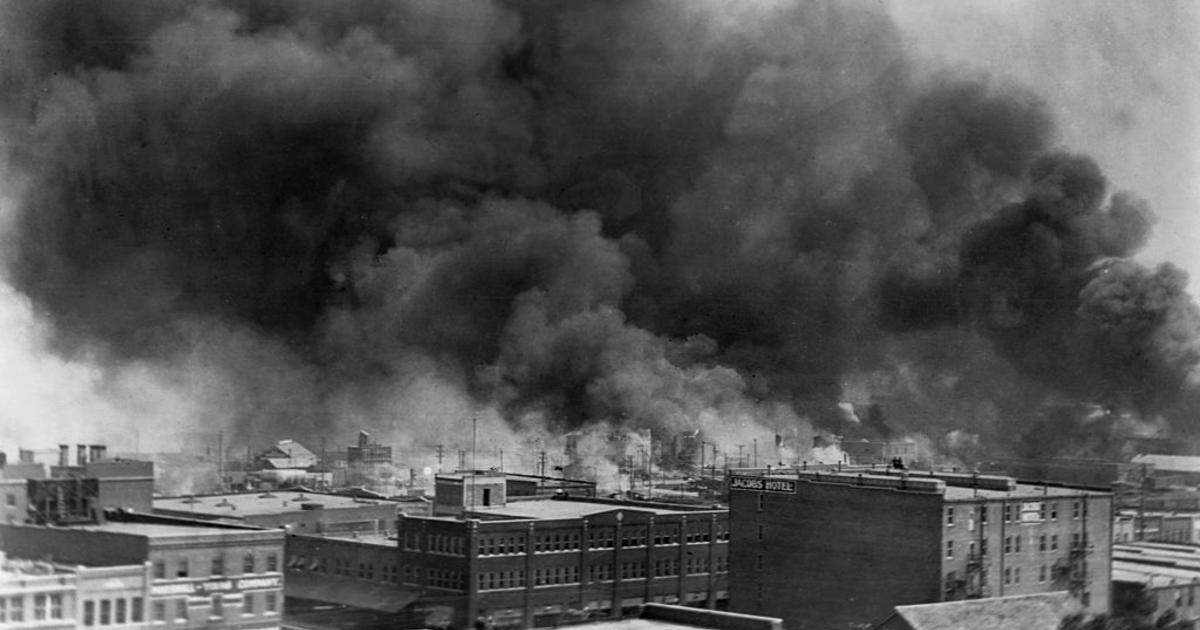 Wildfire explodes in California, forcing about 60,000 to evacuate

Hurricane Zeta forms in the Atlantic

Is the rise in U.S. COVID cases because of more testing?

U.S. troops link rare cancers, other illnesses to remote base

The pivotal post-Election Day dates you need to know

LeBron James and his production company are teaming up with CNN Films to produce an upcoming documentary on the 1921 Tulsa Race Massacre. Directed by Salima Koroma, “Dreamland: The Rise and Fall of Black Wall Street” will depict the true, heartbreaking story of one of America’s worst race riots.

“With the lack of historic journalism around ‘Black Wall Street’ and the Tulsa Massacre of 1921, we are honored to be partnered with CNN, which has a long-standing record of credible and groundbreaking journalism,” said Jamal Henderson, the chief operating officer of SpringHill. James, the Los Angeles Lakers superstar, will serve as an executive producer for the project.

While proven by both survivors and public records, the Tulsa Race Massacre has long stood as a distinct episode of American history that has remained under-documented. In 1921, a false report of a Black man assaulting a White woman led to a bloody attack on Tulsa’s Black residents.

Most widely known as the Tulsa massacre, the race riot bled from an isolated scuffle outside of Tulsa city jail and into the majority Black neighborhood of Greenwood. Considered a “Black Wall Street,” for the large numbers of Black residents who enjoyed middle-class lifestyles, Greenwood’s residents were beset upon by a crowd of White residents. Armed with guns, and aided by the local National Guard, Black citizens in the area were murdered with impunity.

Due to its poor documentation, researchers have estimated that between 150 and 300 men, women, and children were killed, but have yet to find graves that hold their bodies. By the end of the riot, Greenwood was burned to the ground, and Tulsa’s history books closed on that fatal day in history. But ‘Dreamland: The Rise and Fall of Black Wall Street’ wants to turn back the pages, using ” archival media, contemporary interviews and narrated elements” to reconstruct the history of that fateful day in 1921.

Black smoke billows from fires during the Tulsa Race Massacre of 1921, in the Greenwood District, Tulsa, Oklahoma, US, June 1921.

“CNN Films could not be more proud to partner with The SpringHill Company for this long-overdue recognition of the tragedy of what happened in Greenwood, and to contribute to the reconciliation that comes with the acknowledgment of history,” said Amy Entelis, a CNN Worldwide executive. “Salima Koroma’s vision will yield a truly thoughtful film.”

The film marks just another example of the renewed interest in the Tulsa massacre. In recent months, shows like HBO’s “Watchmen” have shed new light on the long-buried riot, something that has emboldened Tulsa’s very own citizens to hold their own governments accountable. In September of this year, a group of Oklahoma residents filed a lawsuit against the city of Tulsa, seeking reparations. One of the plaintiffs is a 105-year-old survivor, Lessie Benningfield Randle. According to the legal complaint filed in Tulsa County District Court, Randle still suffers from “emotional and physical distress that continues to this day. ”

“Dreamland: The Rise and Fall of Black Wall Street” does not yet have a release date but is expected “to be completed in early 2021.”