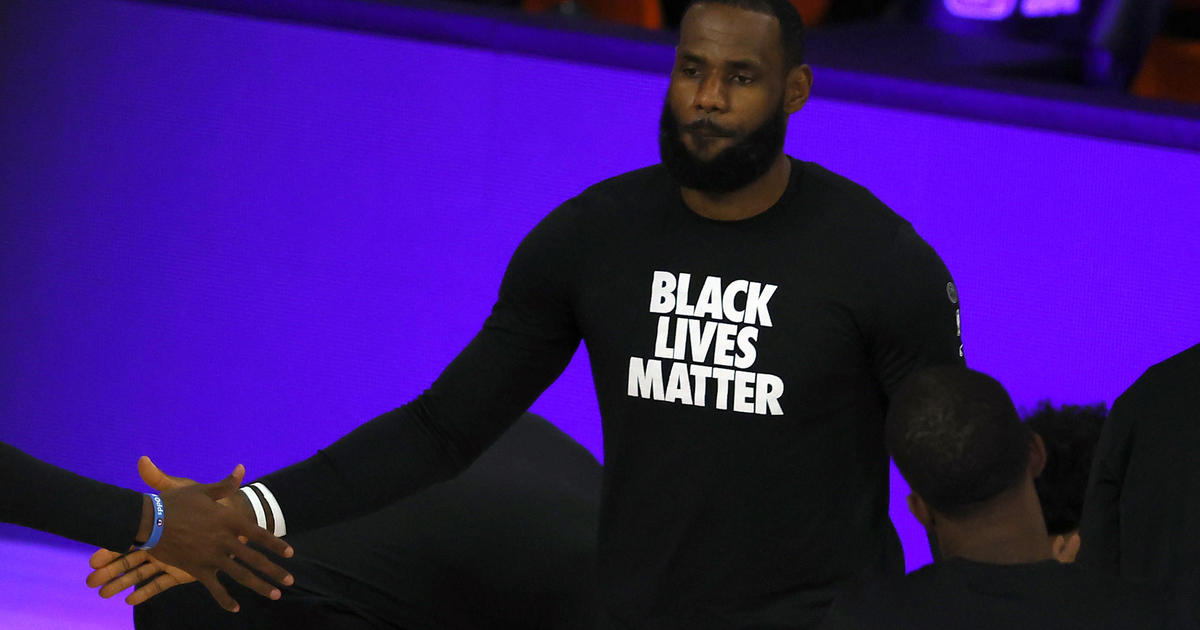 Los Angeles Lakers superstar LeBron James hit back at Donald Trump on Wednesday after the president branded NBA stars who kneel during the national anthem “disgraceful.” The four-time NBA Most Valuable Player rebuked Mr. Trump’s comments in the aftermath of a 105-86 loss to Oklahoma City in the Orlando bubble as the league restarts following a four-month COVID-19 shutdown.

James smiled when asked about Mr. Trump’s comments that he did more for the black community than any president except maybe Abraham Lincoln, who freed slaves in the 19th Century.

“Trying to make me laugh right now? I appreciate that,” James said.

Mr. Trump told Fox News he turns away when he sees players kneel during the anthem, although players have said the move is to protest police brutality and social injustice, and is not an insult to the flag, military or nation.

“I think it’s disgraceful,” Mr. Trump said. “We work with (the NBA). We work very hard trying to get them open. I was pushing them to get open. And then I see everyone kneeling during the anthem. It’s not acceptable to me.

Mr. Trump need not hurry to turn on the NBA again, James said.

“I really don’t think the basketball community are sad about losing his viewership, him viewing the game,” James said.

“The game will go on without his eyes on it. I can sit here and speak for all of us who love the game of basketball and we could care less.”

James noted global support and respect for the NBA.

“Our game is in a beautiful position and we’ve got fans all over the world,” James said. “Our fans love and respect what we try to bring to the game, what’s right and what’s wrong.”

LeBron James of the Los Angeles Lakers kneels during the national anthem prior to the game against the Oklahoma City Thunder at HP Field House at ESPN Wide World Of Sports Complex on August 05, 2020 in Lake Buena Vista, Florida.

Mr. Trump took aim at NBA ratings and tossed in a dig at those who have kneeled during anthems in Major League Baseball, although both have enjoyed above-average viewership since making their returns in recent weeks after long COVID-19 breaks.

“The ratings for the basketball are way down, if you know. And I hear some others are way down, including baseball. Because all of the sudden, now baseball’s is in the act,” Mr. Trump said.

“Hey, if I’m wrong, I’m going to lose an election. OK. And that’s OK with me. But I will always stand for our country and for our flag.”

James was looking forward to the presidential election on November 3 also.

“November is right around the corner and it’s a big moment for us as Americans,” James said. “We talk about we want better, we want change, and we will have (that opportunity).”

Los Angeles Clippers coach Doc Rivers spoke about Mr. Trump earlier, the election on his mind as he wore a cap that had “Vote” on the front.

“Well, we lost one guy,” Rivers said of the reduced NBA viewership.

“We know that justice is on our side. This hat that I’m wearing is what our President is trying to get us to not to, which I think is just as disgraceful.”

The NBA’s Board of Governors and the National Basketball Players Association said on Wednesday that they are creating a $300 million fund to start a foundation that will focus on “economic empowerment in Black communities,” according to a press release. Each of the 30 teams in the league will donate $1 million annually to the foundation over the next decade.

“The NBA Foundation will seek to increase access and support for high school, college-aged and career-ready Black men and women, and assist national and local organizations that provide skills training, mentorship, coaching and pipeline development in NBA markets and communities across the United States and Canada,” the press release stated.

The NBA said its foundation will focus on three areas pertaining to employment: obtaining a first job, securing employment following high school or college, and career advancement once employed.

Peter Martinez contributed to this report.