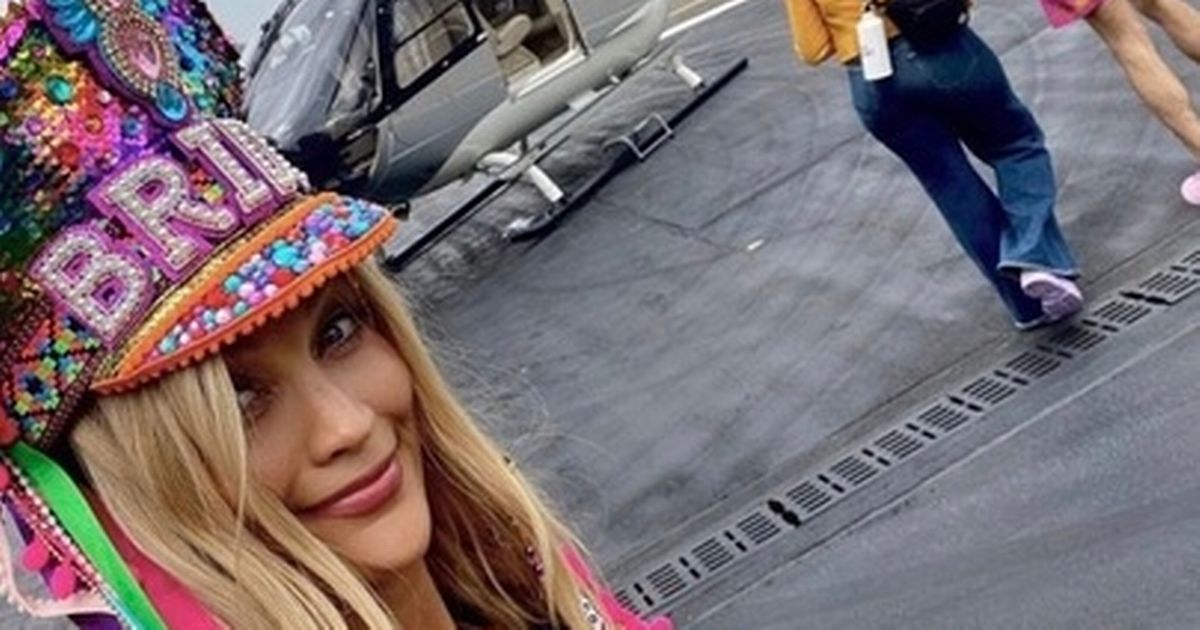 Helicopter arrivals, personalised wristbands and a bougie bridal hat – Laura Whitmore is doing Glastonbury in style this year. The Love Island presenter is using the iconic festival as a chance to have a hen party, almost two years on from marrying Iain Stirling 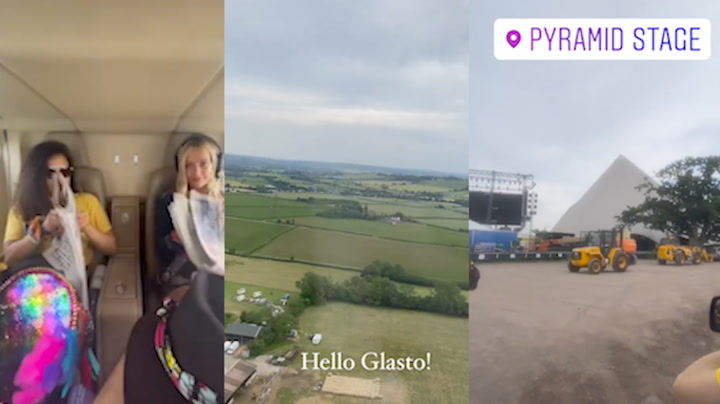 Laura Whitmore flies to Glastonbury festival in a helicopter

Laura Whitmore has jokingly begged the current batch of Love Island contestants not to ruin her weekend, as she parties up a storm at Glastonbury Festival for her belated hen party.

The mum-of-one tied the knot with Scottish comedian Iain Stirling back in 2020, exchanging vows at Dublin’s City Hall on November 11 with limited guests watching on due to coronavirus restrictions.

But it seems the Love Island presenter is making up for lost time and enjoying what should have been pre-wedding festivities – dubbing her appearance at Glastonbury with her pals her ‘#glastHENbury’.

Ahead of one of the world’s most famous music festival getting into the full swing of things on Friday, Laura has revealed how she’s enjoying this year’s offering with a glamorous twist – with personalised wristbands, a swanky helicopter arrival and a sweet tribute to the ITV2 show she presents, Love Island.

Laura Whitmore is finally getting to enjoy a hen party, two years on from being a bride

The TV host, 37, arrived at Worthy Farm on Thursday after the gates to the iconic festival were opened for another year the day before, with acts such as Billie Eilish, Sam Fender, Diana Ross, and Kendrick Lamar set to storm the iconic Pyramid Stage.

Laura previously took to her Instagram Stories to share a look into her past wild Glastonbury experiences, as she shared what appeared to be a throwback of herself partying with former One Direction singer, Niall Horan at the festival in the past.

The music-loving star looked the part in a sequin silver playsuit and festival-chic fedora hat as she posed in snaps alongside singer Niall, 28, and other pals.

“It’s been a while. Three years in fact. Time to go back to that magical place,” Laura captioned the snap to her followers on Instagram on Wednesday.

“Can all the islanders please behave for the next two days so I don’t get a call,” she jokingly added.

On Thursday Laura revealed this year’s stay at Worthy Farm would be extra-special as she finally gets to have a hen party – almost two years on from becoming a married woman.

Laura posing with her festival-ready hair on Thursday morning

“3 years later!!! I bloody love you @onlyalessandro #glastHENbury,” the star captioned a snap of herself rocking a personalised wristband celebrating her bridal party plans.

The mum-of-one then went on to reveal that she and her friends didn’t slum it on a coach or a bus to enter the famous festival – instead flying in via helicopter in true celebrity style.

Laura – who wore a diamante encrusted military style ‘BRIDE’ hat for the journey – shared her views from high in the sky with her 1.5million followers as she made her way to the music festival.

Laura and her pals arrived at Glastonbury in style

Ahead of touching down and setting up camp, Laura also gave her fans a glimpse of her first festival looks for the next few days.

With the help of The Mane Style, the Irish presenter is rocking some cool hair accessories inbetween her long blonde waves – including a cute tribute to Love Island and its popular catchphrases.

The safety pin bead chains placed in the star’s hair include phrases like ‘My type on paper’ and ‘coupled up’ – all vernacular spoken in the famous Spanish villa.

Laura loved showing off her beaded braids on Instagram

Laura’s braid’s also included the mantra ‘Be kind’ – a phrase that inspired a movement following the death of the star’s Love Island predecessor Caroline Flack in February 2020.

The star’s Glastonbury hen party comes over two years on from Love Island voice over Iain popping the question as they filmed the first winter series of the show together in January 2020.

At the time Laura was covering presenting duties for original Love Island host Caroline, who had stepped back from the show due to personal issues.

The pair went on to marry at Dublin’s City Hall in November of the same year, where they are said to have had 25 guests, the maximum number allowed due to Ireland’s lockdown restrictions at the time.

Laura and Iain became parents for the first time in March 2021, sharing snaps of their daughter Stevie to social media to announce her arrival.