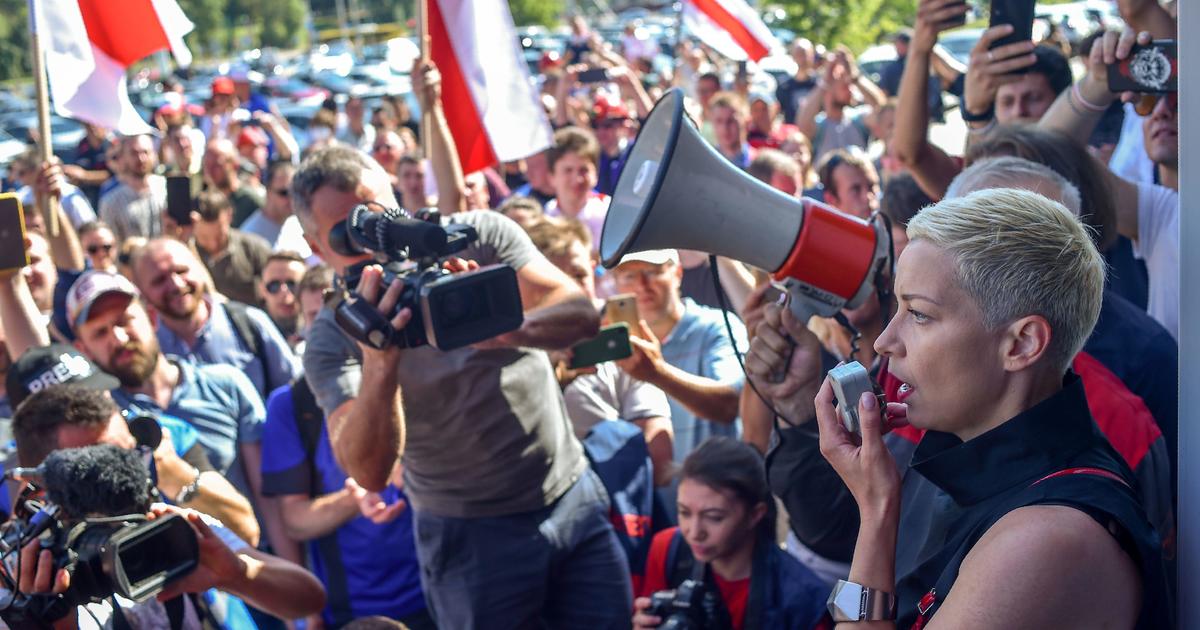 Last figurehead of the opposition in Belarus reportedly detained

Minsk — Unidentified men in black have grabbed a leading Belarusian opposition figure, pushed her into a minibus and taken her away, her campaign team said Monday. The opposition group cited witnesses who said Maria Kolesnikova, the last of three female opposition figureheads to remain in the country, was abducted Monday morning in the capital city of Minsk.

She was one of the campaign partners of opposition presidential candidate Svetlana Tikhanovskaya, who claimed victory against long-ruling strongman President Alexander Lukashenko in disputed polls on August 9.

Kolesnikova sits on the opposition Coordination Council, which is calling for a peaceful transfer of power amid weeks of post-election demonstrations.

Unidentified men seized Kolesnikova in central Minsk and drove her away in a minibus marked “Communications,” witnesses told the headquarters of the campaign team she heads. The Coordination Council said Kolesnikova’s phone was switched off, and that it also was unable to establish contact with Council members Ivan Kravtsov and Anton Rodnenkov on Monday.

Lawyers for the council were working to determine the whereabouts of all three missing members.

A witness named as Anastasia told the Tut.by news website that she saw men in masks push Kolesnikova into a minibus and take her cell phone at around 10:00 am (0300 Eastern) on Monday.

Belarusian authorities had already detained several members of the Coordination Council and questioned others, including Kolesnikova, in a probe into an alleged attempt to seize power.

Kolesnikova, 38, is the only one of the trio of women who fronted Tikhanovskaya’s campaign to remain in Belarus, as the growing opposition movement holds huge demonstrations despite an intimidating show of force from Lukashenko, who insists on his legitimacy and has called on Russia for help.

Huge crowds of protesters flooded Minsk’s streets on Sunday, urging Lukashenko to stand down in defiance of the threat of arrest and a massive deployment of forces.

More than 100,000 people are estimated to have taken to the streets over the past three weekends, and AFP journalists said the crowds in Minsk might have been even larger on Sunday than on previous days.

People take cover from rain under umbrellas during an opposition rally to protest against police brutality and to reject the presidential election results in Minsk, Belarus, September 6, 2020.

Troops, water cannon, armored personnel carriers and armored reconnaissance vehicles were deployed to the city center, but protesters from all walks of life — from parents with children to students and even priests — rallied in a show of defiance.

Rights groups said at least 150 people were detained in the capital and other cities.

“Despite rain and pressure from the authorities, despite repression, many more people turned up in Minsk than last Sunday,” Kolesnikova told reporters on Sunday, hours before she was seen being bundled into the van.

Tikhanovskaya fled to neighboring Lithuania weeks ago, and her other campaign partner, Veronika Tsepkalo, is now in Ukraine.

Kolesnikova, a trained flautist and music teacher, got into politics through running the campaign of another opposition politician, ex-banker Viktor Babaryko, who attempted to stand for president against Lukashenko but was jailed and barred from running.

When Tikhanovskaya, an English teacher and translator with no political experience was unexpectedly allowed to run for president, Kolesnikova and Tsepkalo backed her and spoke with her at rallies.