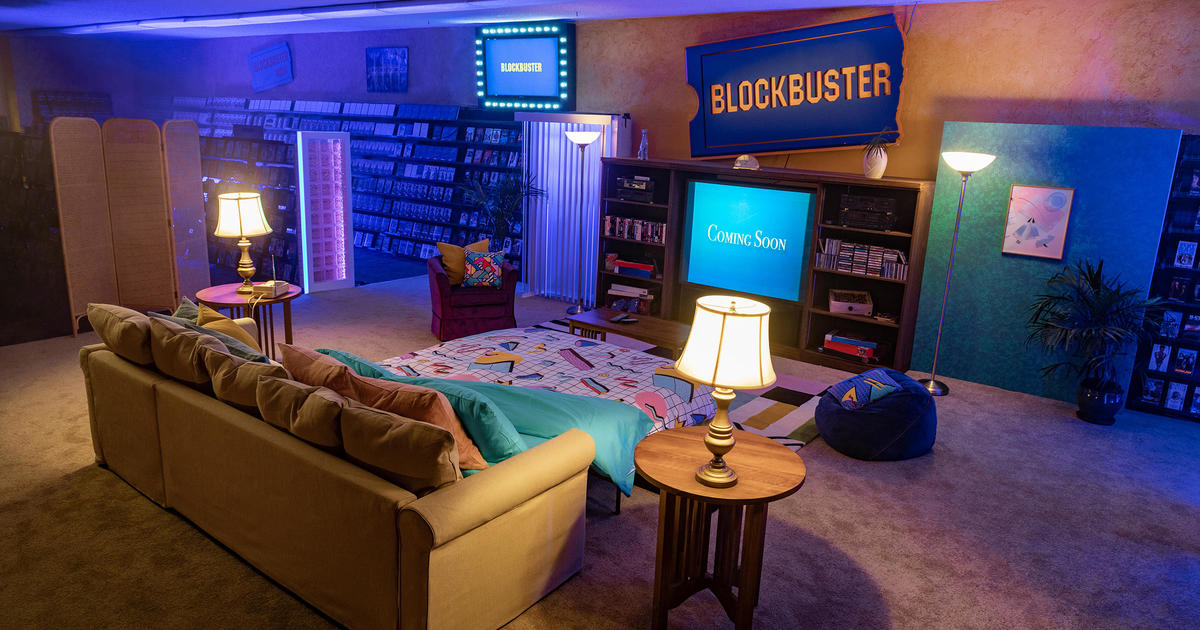 Last Blockbuster in world to be available to rent on Airbnb

Years ago, people often spent so much time browsing the shelves at the local Blockbuster it may have felt like they lived there. Now, some special fans of the once-mighty chain actually can — for a night.

Sandi Harding, the store manager of the last Blockbuster in the world, will soon allow stays at the Bend, Oregon, establishment through Airbnb, according to a company press release on Tuesday.

But, there’s a catch.

Only residents of Deschutes County, where the Blockbuster is located, are permitted to request to book a stay at the store. The store is also only available for a limited time — for three individual, one-night reservations on September 18, 19 and 20. Booking requests are open to residents of the county starting August 17.

Harding is allowing county residents to stay the night at the store to thank them for their support during “these uncertain times,” the release said.

“In appreciation for all that the local community has recently done to support the last-of-its-kind during these uncertain times, this end of summer sleepover will offer movie lovers in Deschutes County the chance for a 90s-themed stay to relive the bygone Friday night tradition just as we remember it,” the release explained.

Up to four people are allowed to stay in the store, according to the listing on Airbnb.

Harding, who has kept the establishment running since 2004, will ensure guests have a movie-filled stay, according to the release. “Sandi will be your Airbnb host and will stock the shelves with all the movies your heart could desire before handing over the keys,” the release said.

In photos released by Airbnb, the accommodations mimic a ’90s living room and appear to be situated right in the middle of the store. The setup features a bean bag chair and a geometric bedspread, among other nostalgic accents.

The longtime manager is listing the location for only $4 a night, plus taxes and fees — just one penny more than the price of a movie rental, according to the release.

The last Blockbuster on Earth is transformed into a 90s living room.

The release instructed prospective renters to note the host rules that are in adherence with local guidelines amid the coronavirus pandemic. In addition to being county residents, those who request a stay must also come from the same household “to minimize risk.” Guests are also told they should adhere to the company’s safety guidelines in regards to wearing face masks and practicing social distancing in public.

“This private sleepover has been planned with safety in mind, and guests can rest assured knowing that the store will be cleaned and prepared in accordance with CDC guidelines and consistent with the Airbnb enhanced cleaning protocol,” the release emphasized.

For those who aren’t able to nab a stay at Blockbuster, customers can take a look at the living room space for a limited time during store hours “after the final guests check out,” according to the release.

The Bend, Oregon, store became the last Blockbuster location on the planet last spring, after a location in Australia closed.

Blockbuster was once the biggest video rental chain in the U.S., with almost 9,000 stores worldwide. At one time, it is estimated a new store opened every 17 hours. But with the arrival of Netflix, Blockbuster stores began disappearing. After bankruptcy in 2010, Blockbuster shuttered almost all of its stores.

Read More: Last Blockbuster in world to be available to rent on Airbnb