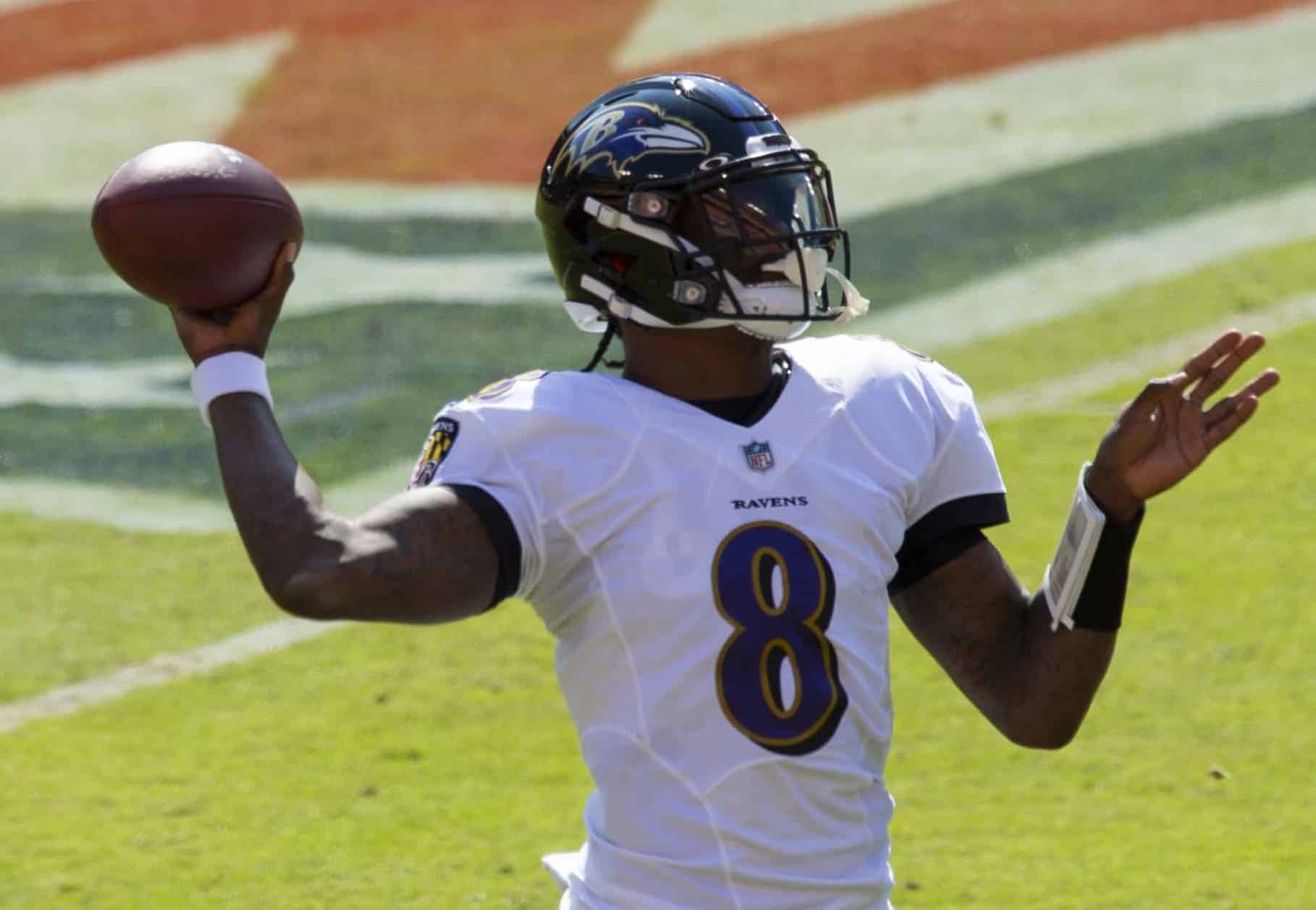 Lamar Jackson saved his Baltimore Ravens on Monday Night Football against the Cleveland Browns. The guests from Maryland posted a colossal victory.

He had a comeback performance in the last two minutes, fighting through cramps but still managing to throw a touchdown pass on a fourth-and-5. Not only that, he would lead the final drive, setting up a position for Justin Tucker to score a game-winning field goal.

Trace McSorley replaced Jackson, who had to go out to stretch, but the backup QB picked up an injury pretty fast, which forced the still-reigning MVP to re-enter the game even though he wasn’t ready 100 percent. However, his response was fantastic. The Ravens were facing a fourth down, but Jackson threw a 44-yard TD pass to Marquise Brown for the lead.

Yet, the Browns responded quickly, as Baker Mayfield hit Kareem Hunt to tie the result once again, leaving a little more than a minute on the clock for Jackson. He managed to give his team a chance to win, setting up a 55-yard field goal kick to Justin Tucker, who was on target.

This victory moves the Ravens to 8-5 and creates a swing for John Harbaugh’s side, who has been dealing with bad luck since the season started. Multiple injuries hurt this team and its Super Bowl ambitions; however, anything is possible with Jackson in this mood.

He had 163 passing yards and a TD toss but ran for nine times and 124 yards, carrying the football into the endzone twice. Ravens’ RBs Gus Edwards with two, and JK Dobbins with one TD followed the example of their young leader.

—Lamar Jackson on why he had to exit the game pic.twitter.com/UXUOHhyTQm

Cleveland’s Mayfield had 343 yards for two TD passes and one pick, while posting one rushing score. Nick Chubb ran for two, and Kareem Hunt for one, with the note that the latter added one receiving TD.

Browns (9-4) have two games against New York’s teams in the next two weeks, both on the road. First vs. Giants and then the Jets. After that, in the regular-season finale, they meet the Pittsburgh Steelers at home.

Ravens (8-5) await the Jacksonville Jaguars, and New York Giants, and then visit the Bengals in Week 17. Baltimore’s situation in the standings is much better than before the start of this match, and with this schedule, they should improve it until the start of the playoffs.