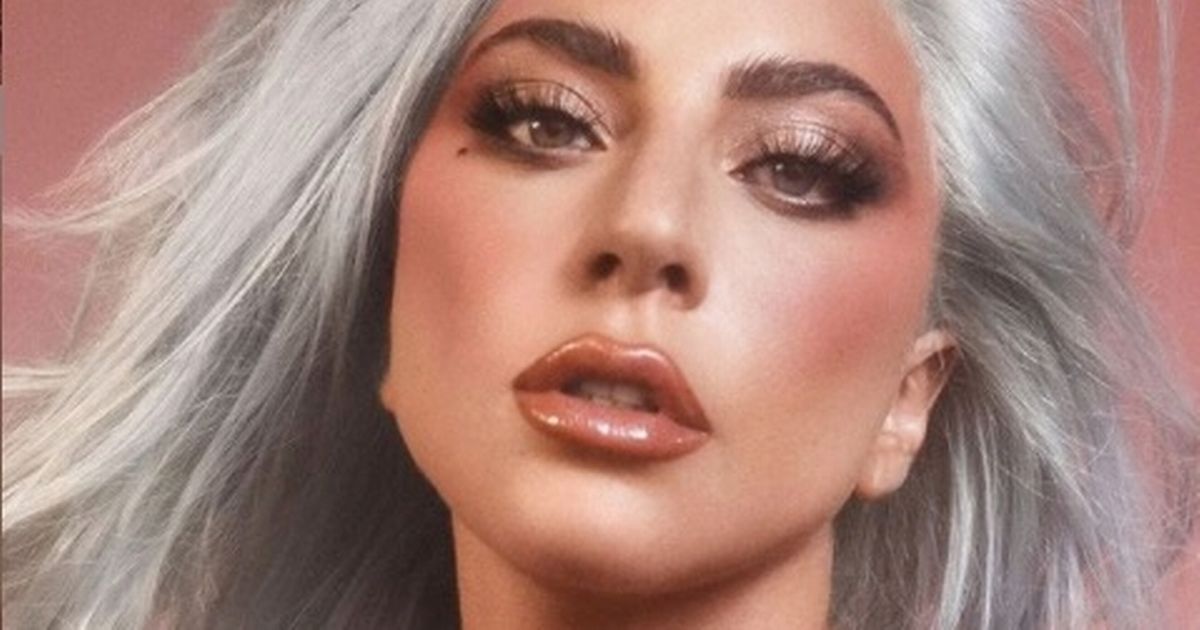 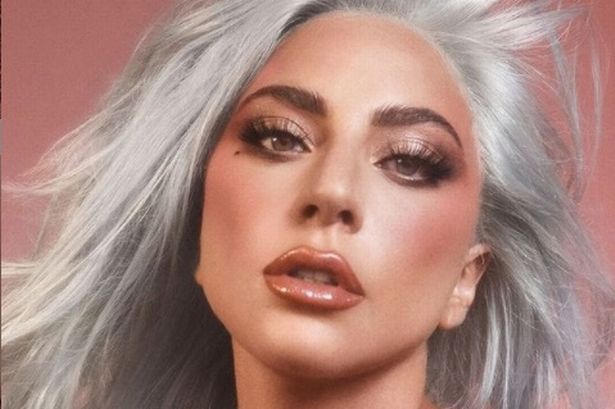 The 34-year-old pop star launched the brand in 2019 and she has left little to the imagination in her latest pic as she used her long hair to keep the photo appropriate for Instagram.

Images of Gaga, whose real name is Stefani Joanne Angelina Germanotta, are often used by the cosmetics brand on their Instagram page, and there have been a few new photos over the weekend.

The showstopper sees Gaga on her knees in nude coloured underwear as she holds her tattooed arms above her head.

Her hair is coloured in a shimmery mix of turquoise and purple shades, as it hangs down over her topless body in a mermaid-esque vibe. 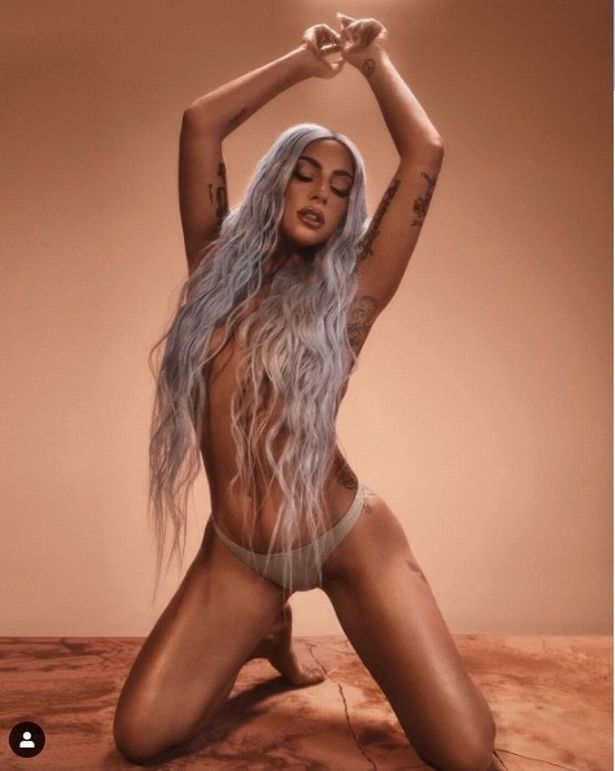 The Born This Way singer had her eyes closed so that she could showcase the smokey brown eyeshadow from her range and she gave them a dramatic winged liner.

Her lips were given a mauve-toned lip gloss, which caught the lights as her pics were taken.

Makeup artist Sarah Tanno, who often works with Gaga, completed the look by sculpting her features with a warm bronzer and highlighting powder.

HAUS Laboratories were not shy in hinting that this was a deliberately sultry look, captioning the post: “The weather may be getting colder, but we’re heating things up a bit.” 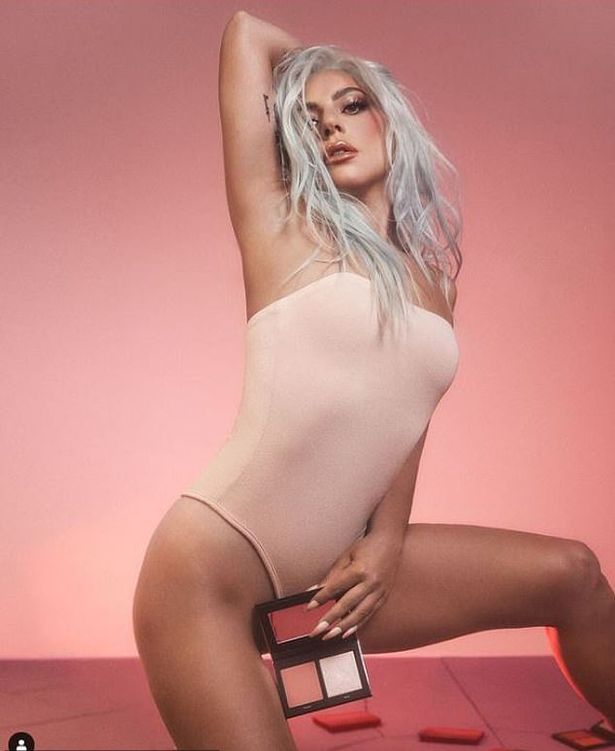 It has been a busy time for Gaga as she has been promoting her sixth studio album Chromatica, which was released on May 29 and has seen her releasing content from it ever since.

The singer also shared some behind-the-scenes footage in a video on Instagram, as she showed the filming of the clip that promoted her single 911.

The video, which is almost five minutes long, shows everything from Gaga performing in front of the cameras, to her having her hair and makeup done as she sits patiently in the chair.