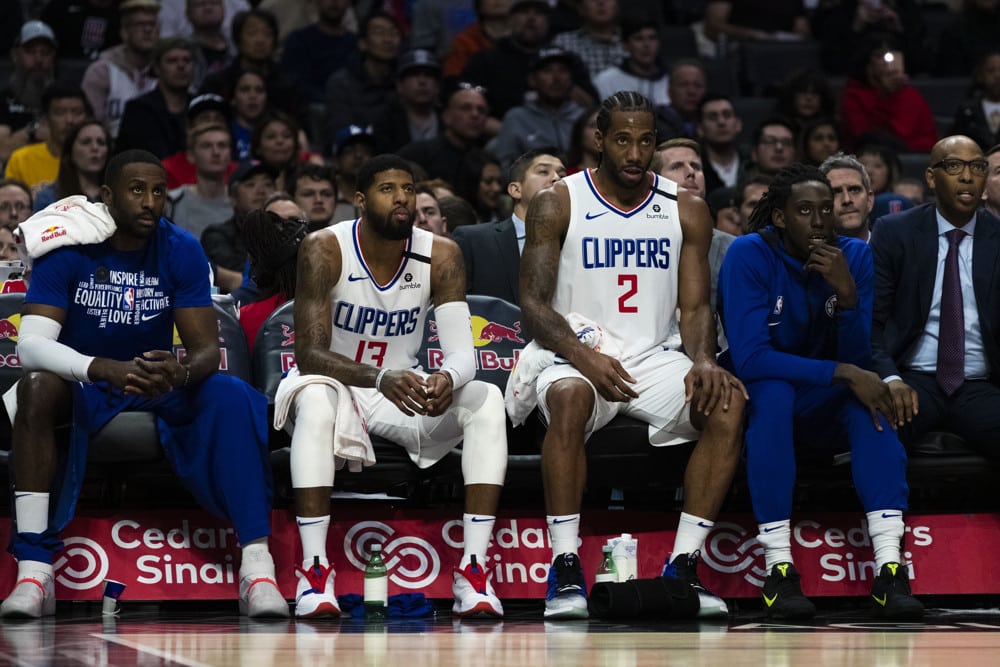 LA Clippers Cruise Past Denver Nuggets, 124-111, To Face Dallas Mavericks in the First Round

The Los Angeles Clippers have clinched the No.2 seed in the West, by defeating their rivals for that spot, the Denver Nuggets, 124-111.

It seems that both sides are quite happy with this outcome, as many experts claim that both Doc Rivers and Michael Malone wanted this to happen. The Clippers are going against the Dallas Mavericks, who are the seed number 7 in the West, while on the other side, Denver meets with Utah Jazz, who is one place ahead of the franchise from Texas.

It seems that Malone was again more focused on giving a chance to play to all of his players than to win. The Nuggets appeared with 13 guys in the rotation, and ten saw 19 or more minutes, with Jokic spending the team-high 28.

The Serb was excellent as usual with 17 points, fantastic 13 assists and seven boards, shooting 7-for-11 from the field.

His Nuggets had a solid second period, which they won 33-24, clinching a lead at the halftime, 58-50, but abruptly slowed down in the third sequence, once they allowed a 13-0 run of the Clips in the first part of the period.

They would bounce back once again at the end of the third but opened the final part of the match very badly. Denver didn’t score for three minutes, allowing LAC to gain momentum and to pull away.

The Clippers’ duo Paul George and Kawhi Leonard scored 53 points combined, leading the way for the winners. PG had 27 adding four dimes and rebounds, with three steals. Leonard scored 26, with five boards. It was his 38th game with 25 or more points, which is the most for the franchise during one season since they moved to LA.

Kawhi Leonard has now recorded 38 games with 25+ pts this season, the most by a Clipper since the team re-located to Los Angeles.

World B. Free was the last Clippers player with more – he had 54 in 1979-80 when the team was in San Diego. pic.twitter.com/Gk9eFWDZr0

Jerami Grant had a team-high for the Nuggets with 25 points, six rebounds, and four threes. Michael Porter Jr. scored 11, and Torey Craig and Jamal Murray scored 10 each. Denver had just 4 steals during the entire game, while on the other side, Clippers posted 11.

Up next, the Nuggets are meeting the Toronto Raptors in the last NBA seeding game this Friday. Both sides already clinched their spots, so there won’t be some competitive meaning to this event.

Read More: LA Clippers Cruise Past Denver Nuggets, 124-111, To Face Dallas Mavericks in the First Round