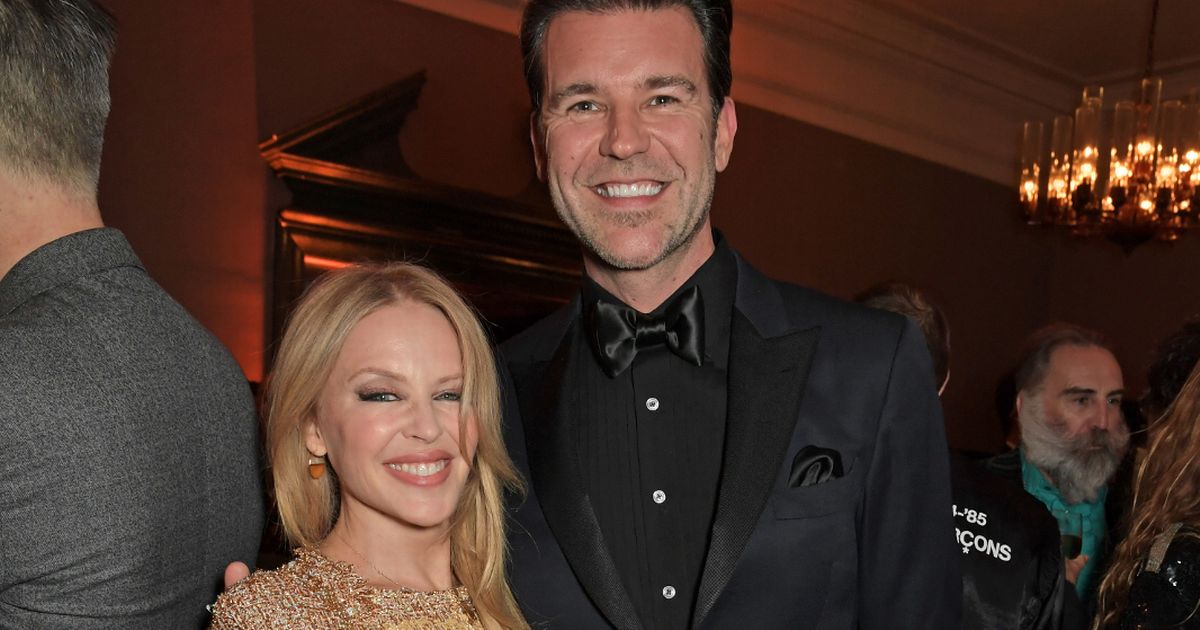 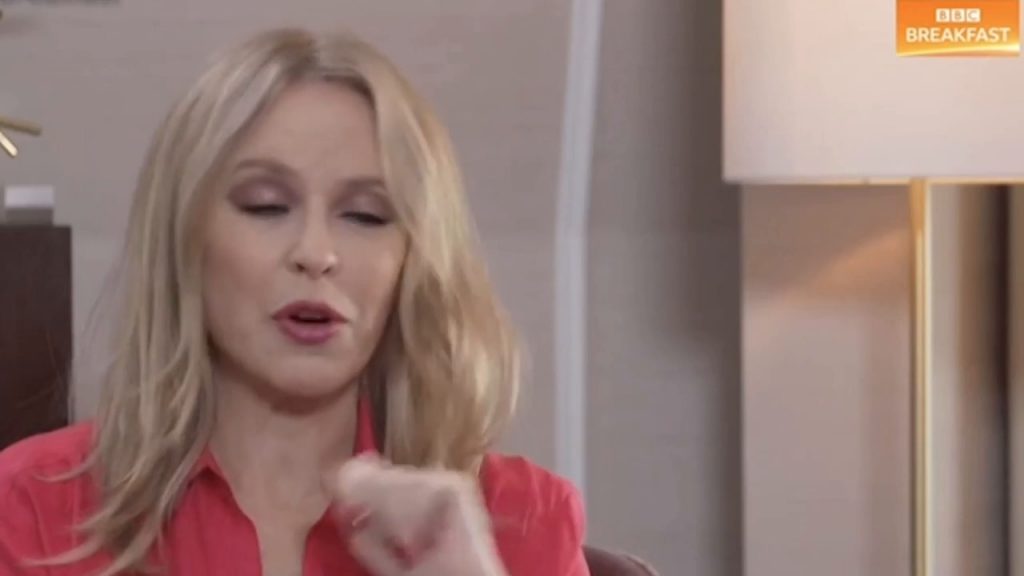 Songstress Kylie Minogue has revealed she placed her trust in boyfriend Paul Solomons to give her hair a trim during lockdown.

Kylie, 52, spent the first lockdown in London with Paul, 44, and lamented the closure of hair salons.

But Paul was on hand with the scissors – despite serious reticence from Kylie.

Chatting to BBC Breakfast, she told: “I know how to do my own roots and my boyfriend gave me a trim one day. Just a simple trim, easy.

“I was like, ‘What are you doing? What’s going on back there?’ I gave him a haircut as well.”

The two struck up a romance back in 2018, and Kylie dished that the entrepreneur had helped her find a “different perspective” for her latest album DISCO. 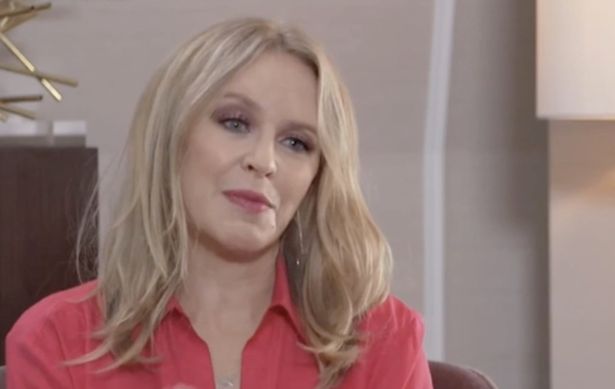 Chatting to People, Kylie dished: “In a nutshell, he’s a great guy. He’s so caring and supportive.

“He has a wicked sense of humor, he has his own life and his own career going on. So we meet in the middle somewhere. And yeah, it’s just . . . it’s good – and there’s a lot to be said for that.”

She added to the BBC’s Naga Munchetty how much she was pining for her native Australia after the pandemic threw a spanner in travel plans.

“I’m very good at keeping in touch with family but of course I haven’t seen them because they’re in Australia,” she remarked. 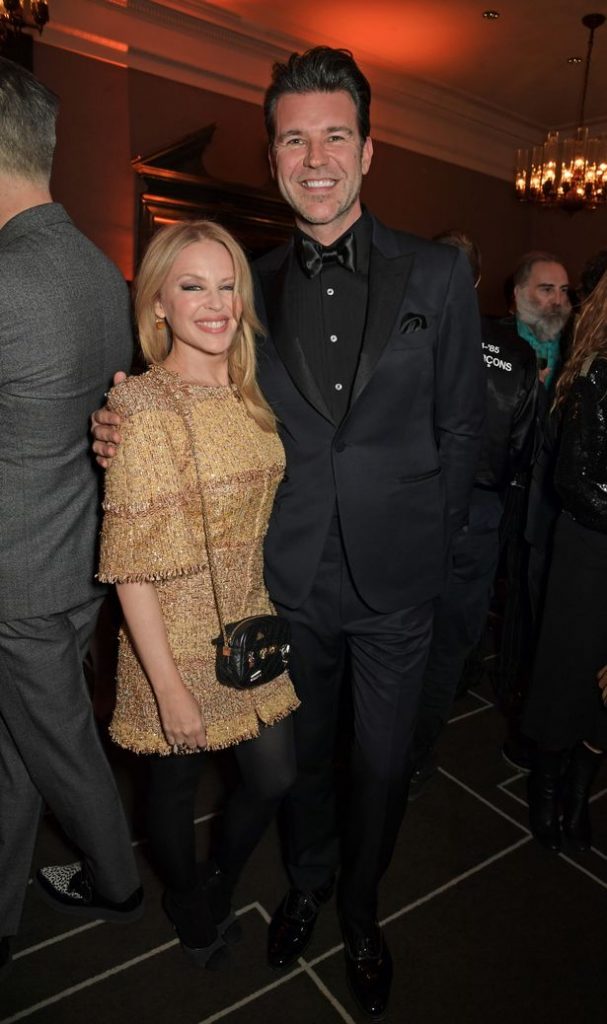 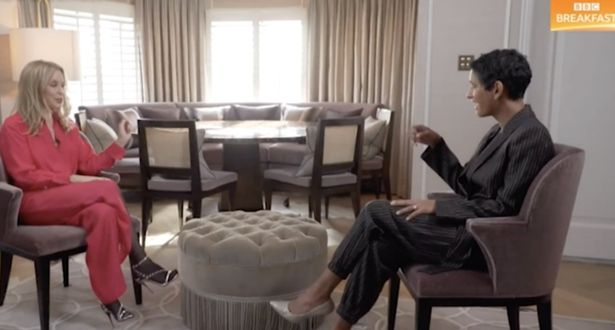 “I wanted to just run home, I really did but I was committed to the album and staying here.

“In particular, Melbourne and Victoria where my family are just went through their stage four lockdown so I was pretty worried about them but they’re all doing OK.”

And lockdown had the pop princess struggling with anxiety, which she battled by making new music. 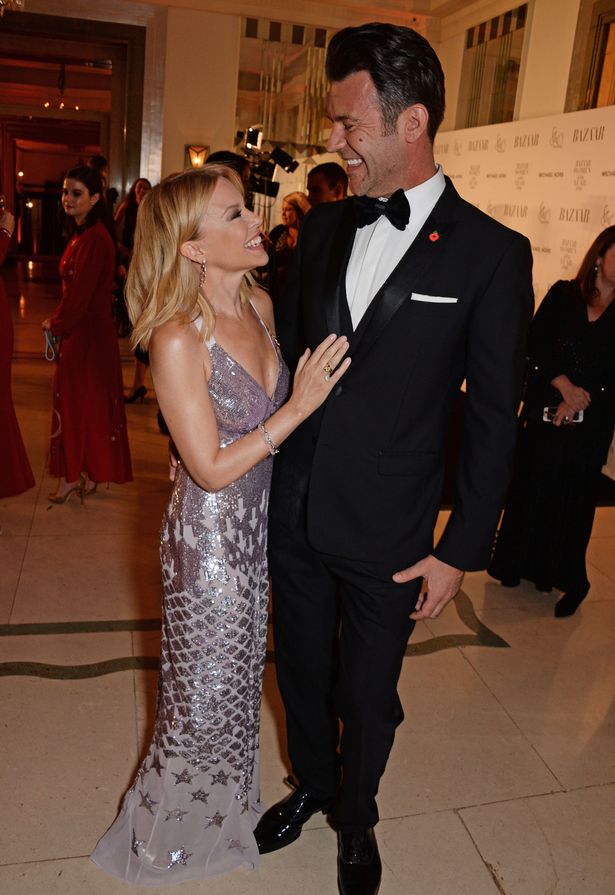 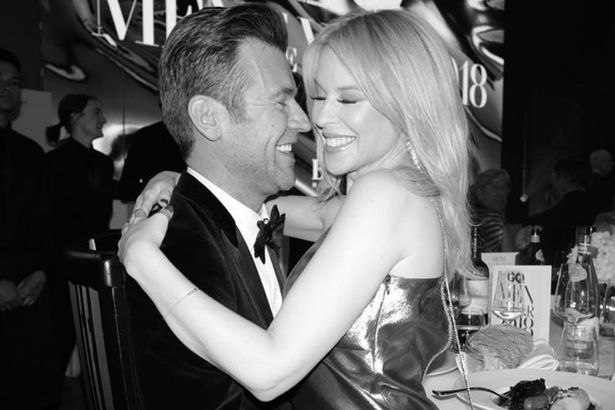 Kylie continued: “Thinking back to the start of lockdown and just feeling adrift and anxious. I was like, I can’t pretend to be happy right now.

“Once I got the home studio set up, that was a coping mechanism. It was a distraction, it was joyful.”

“I was keen to do new music so went into the studio late last year and early this year, up until lockdown, was in and out of studios each day. We knew lockdown was looming so the atmosphere in studio was changing.”