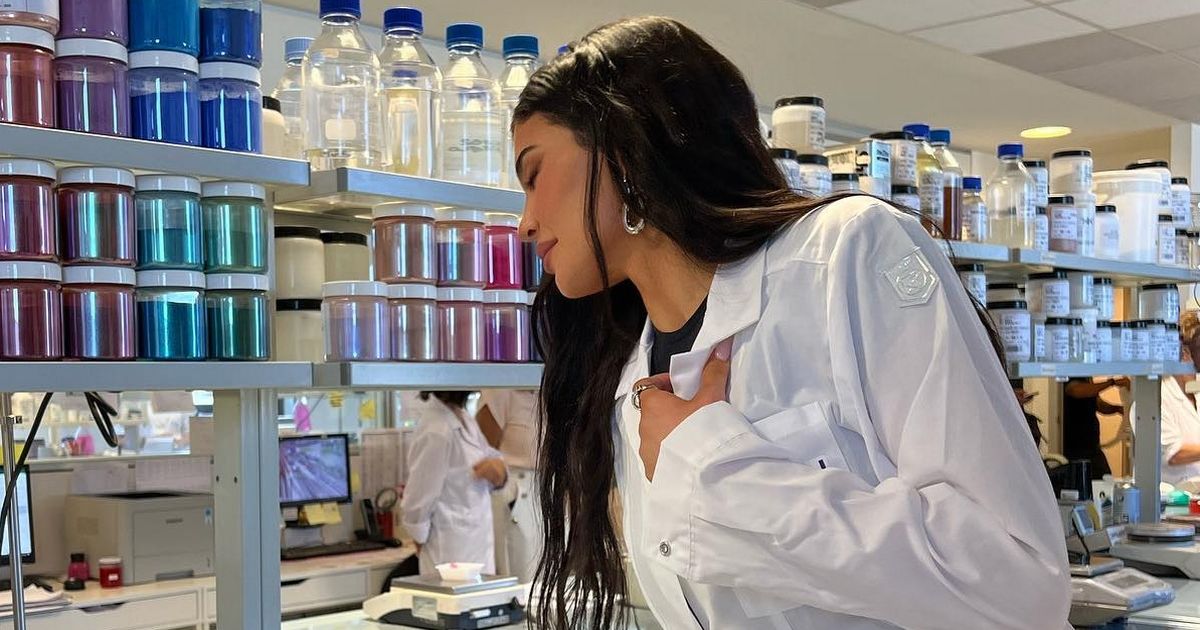 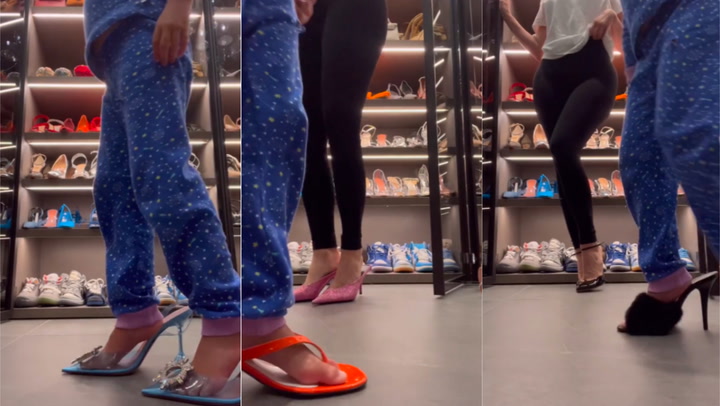 Kylie Jenner and Stormi try on her high heels

Kylie Jenner has hit out at a comment on social media which criticised her latest photo shoot for her cosmetics brand.

The model, 24, wasn’t prepared to let the user get away with “spreading false information” after they slammed the unsanitary conditions from the shoot.

The user, who is a cosmetic developer, went in hard on the beauty mogul after she shared snaps of her in a white lab coat working with the latest in her line of products.

The user slammed her pics, calling her actions a potential risk to her customers as she failed to wear the proper protective equipment, such as gloves, a disposable mask or a hairnet.

However, Kylie took offence to his words and decided to try to bring him down a peg or two, firing back that the shoot wasn’t actually taken in a manufacturing facility.

She fumed in her Instagram response: “I would never bypass sanitary protocols and neither would any celeb or beauty brand owner.

“That’s completely unacceptable I agree. This is a small personal space creating my own fun samples and taking pictures for content nowhere near the mass manufacturing. No one is putting customers at risk.”

She ended her retort by saying: “Shame on you Kevin for spreading false information !!!!”

Her original post saw her caption her images: “In the lab creating new magic for you guys,” which led to the response by her follower.

Kylie Jenner hit back at criticism of her pics

He wasn’t the only one to question the post, though, with several others also jumping on the upload to ask about health and safety measures.

Kylie has since posted to her Instagram to show “spoiled” daughter Stormi, four, loving life during a private shopping experience at Harrods in London.

The luxury department store created a mini boutique especially for the youngster, with a range of high-end products, including Dior, on hand for her to pick from.

There was a range of sparkly dresses, toys and games at her disposal, letting her shop ’til she dropped.

In one of her uploads, Kylie is heard saying: “Look at what Harrods did for our Stormi to go shopping. Is this not the craziest?”

She later added: “You are a spoiled, spoiled girl!”

It appeared that the youngster had her heart set on a pair of pink butterfly trainers as she quickly told her mum she was going to try them on.