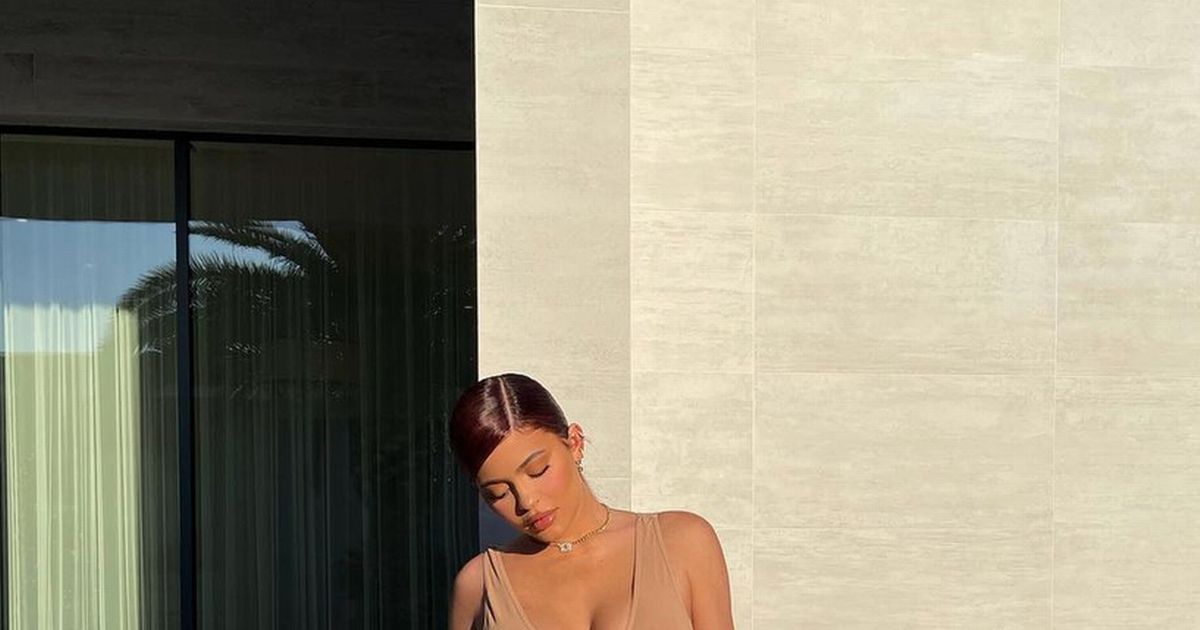 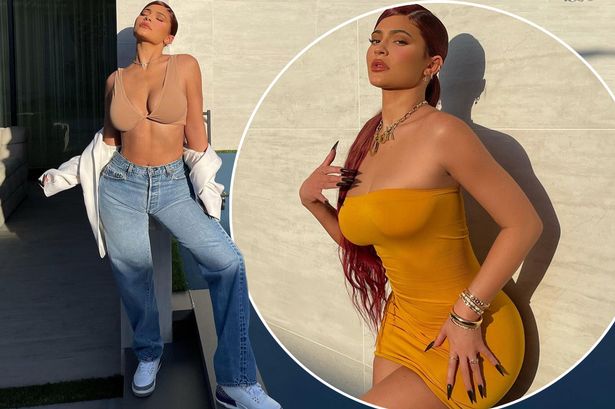 Kylie Jenner has left fans swooning with her most recent social media update.

The Keeping Up With The Kardashians star, 23, paraded her famous curves in a bra and some baggy jeans in a striking Instagram update.

The flame-haired beauty flaunted her ample assets in a low-cut beige bra which did wonders to accentuate her cleavage.

Kylie proved she’s been hitting the gym hard as she showcased her toned tummy in a pair of low-cut baggy denim jeans which clung to her enviable hourglass physique.

The proud mum, who shares daughter Stormi, 2, with ex-boyfriend Travis Scott, oozed confidence as she effortlessly draped a crisp white blazer around her arms. 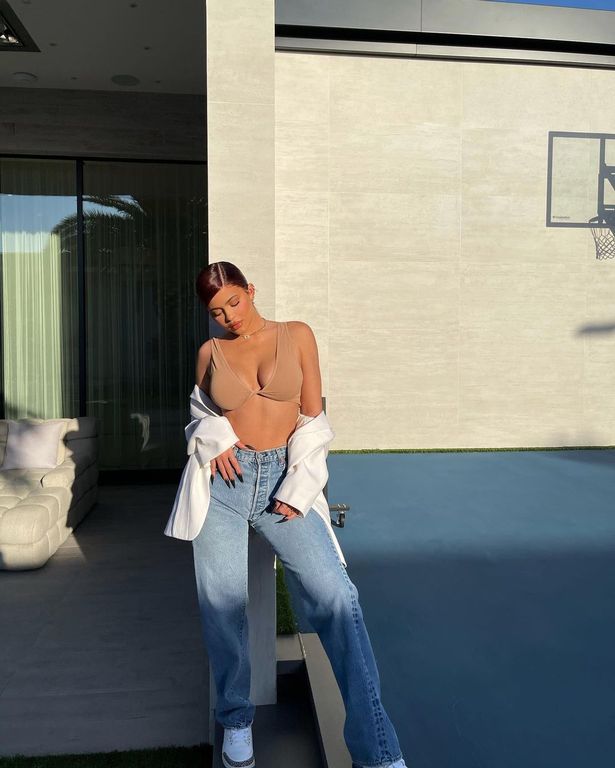 She kept things casual by pairing the dressed-down outfit with a pair of chunky white trainers.

In true Kylie style, the glamorous babe sported a face full of bronzed makeup which featured a slick of pink lipgloss which did wonders to draw attention to her plump pout.

The much-loved makeup mogul finished off the effortless look by tying her newly dyed red tresses into a slick ponytail. 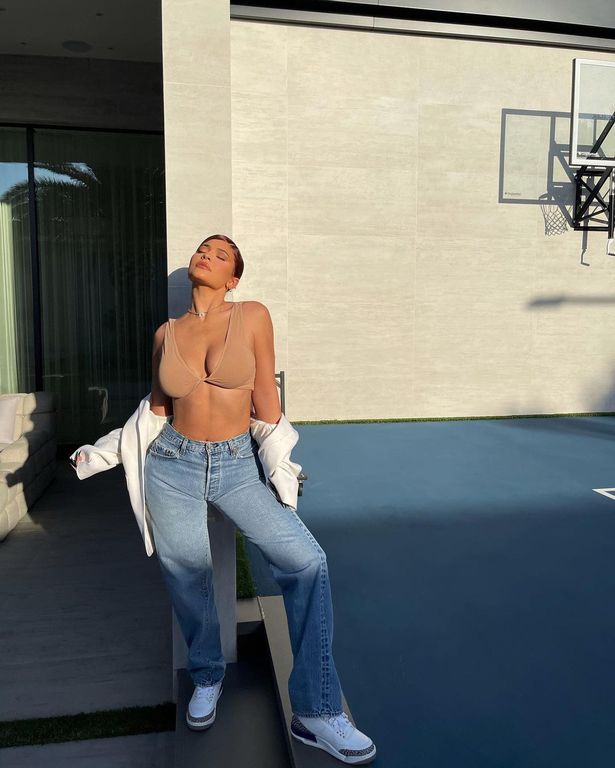 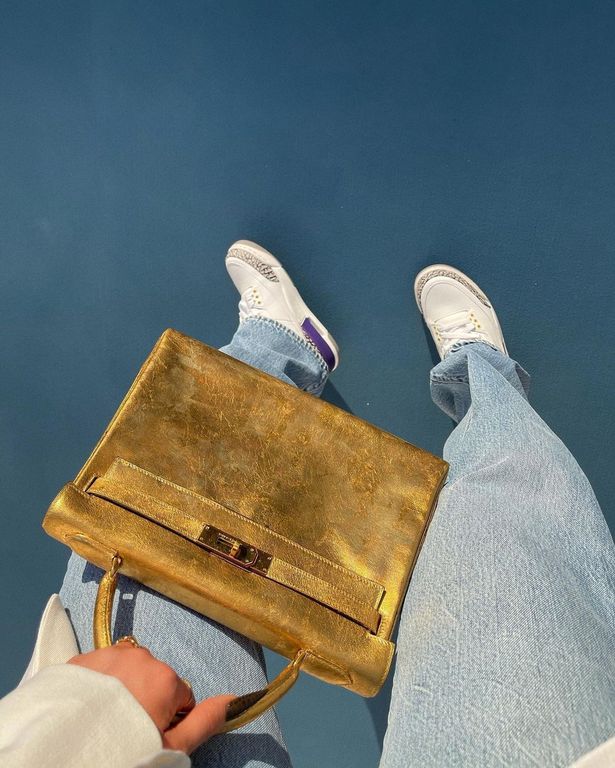 Elsewhere, the reality TV siren flaunted her luxurious gold-painted Hermès Birkin bag as she clutched onto it with her freshly manicured nails.

Kylie’s epic photoshoot comes after the Kardashian-Jenner clan announced that they are heading back to the small screen just months after they decided to “live their lives without our cameras.” 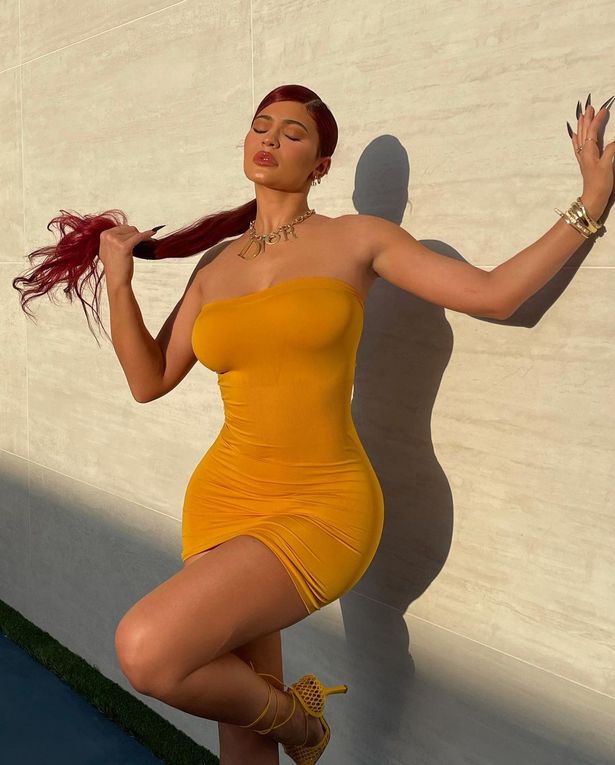 In an exciting new project, the famous family will see their dreams of being part of the world of Disney fulfilled.

Streaming service Hulu, which is owned by Disney, announced on Thursday that it had signed a deal with Kim, Khloe, and Kourtney Kardashian, their mother Kris Jenner, and half-sisters Kylie and Kendall Jenner. 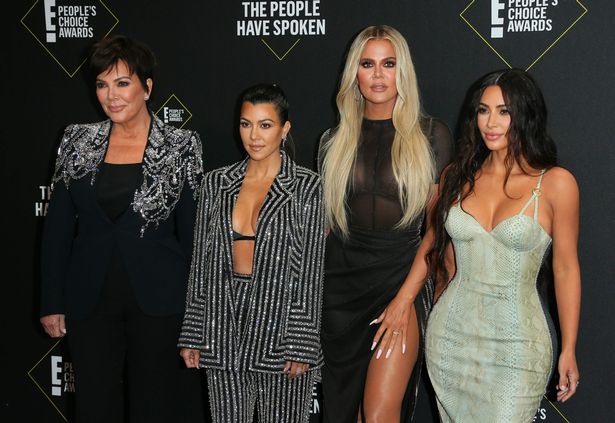 Under the deal, the KarJenners will create new content that will stream on Disney-owned Hulu in the United States and in multiple countries overseas on Star, Hulu said.

The platform said the new content was expected to debut in late 2021.