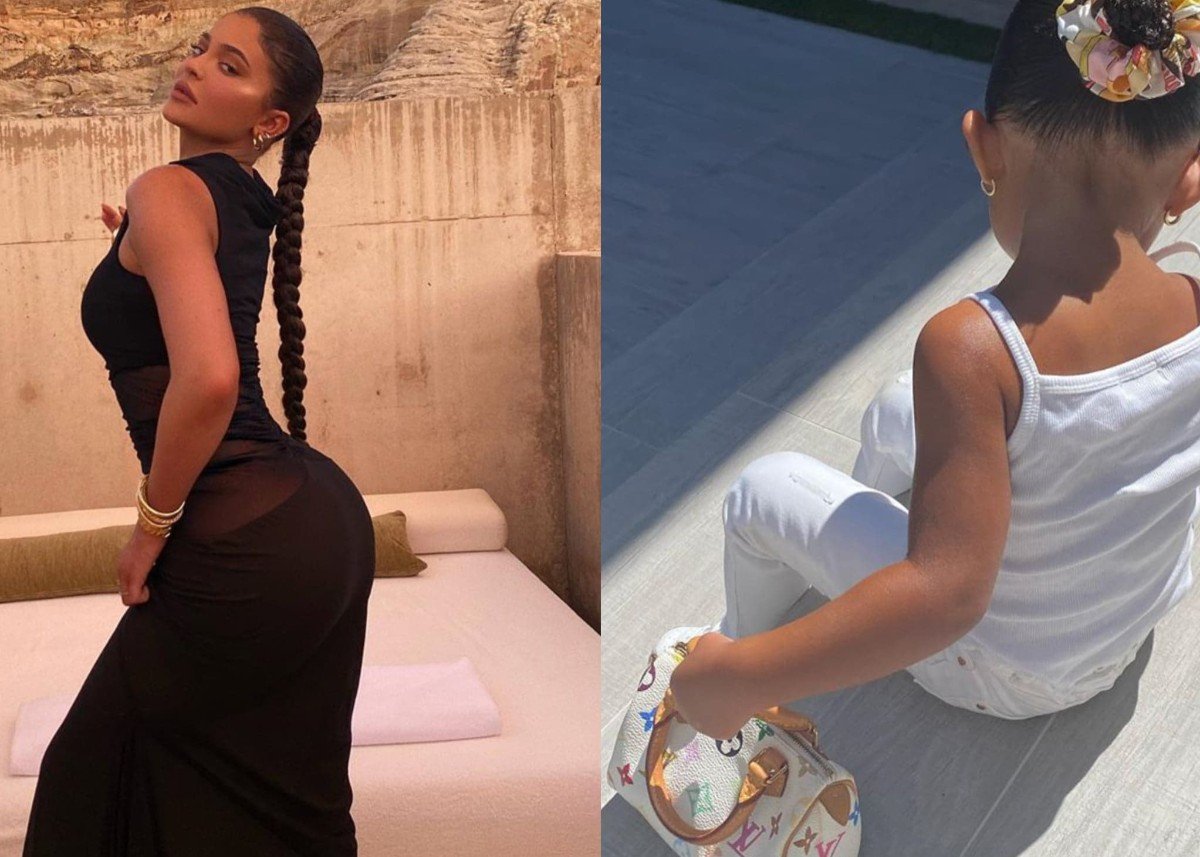 Are people getting tired of Kylie Jenner flaunting her wealth? That’s what many people are asking after Kylie Jenner shared a photo of her two-year-old daughter Stormi Webster posing with a Louis Vuitton handbag. While much of the country is in a deadly pandemic and unemployment rates are on the rise, Kylie has been jet setting around the country with friends, getting her hair done, posing in glamorous outfits, vacationing in Utah and experiencing new heights, and having a great time with friends. Judging by the response to Kylie Jenner’s latest photo that she shared with her 185.6 million Instagram followers, people are over it.

Kylie shared the photo of Stormi carrying the purse that retails for approximately $1200 and people were livid. Kylie captioned the picture by referring to Stormi as the “coolest” baby but not everyone had a positive response. Some referred to Stormi as being “spoiled” and others said the value of the purse being spent on a two-year-old during a nationwide pandemic and when millions of people are suffering was selfish.

You may see the photo that 22-year-old Kylie Jenner shared on her Instagram page below.

coolest baby to ever do ittt⛈🤍🤍

The Daily Mail was quick to respond to the negative comments featured on the post. Kylie Jenner has received a great deal of negative backlash and has often resorted to limiting comments on her Instagram posts. She’s even been accused of refusing to pay her workers in other countries and deleting people’s comments.

According to the Daily Mail, one user left the following comment.

“The cost of her handbag could feed the hungry children in L.A. Just saying!”

You may see the article that the Daily Mail shared below.

What do you think about Kylie Jenner’s latest photo of Stormi Webster? Do you think it is cool or inappropriate for a two-year-old to have a Louis Vuitton bag? Do you agree with Kylie flaunting her wealth or are you like those who are finding it offensive or insensitive to those who are suffering during the pandemic?