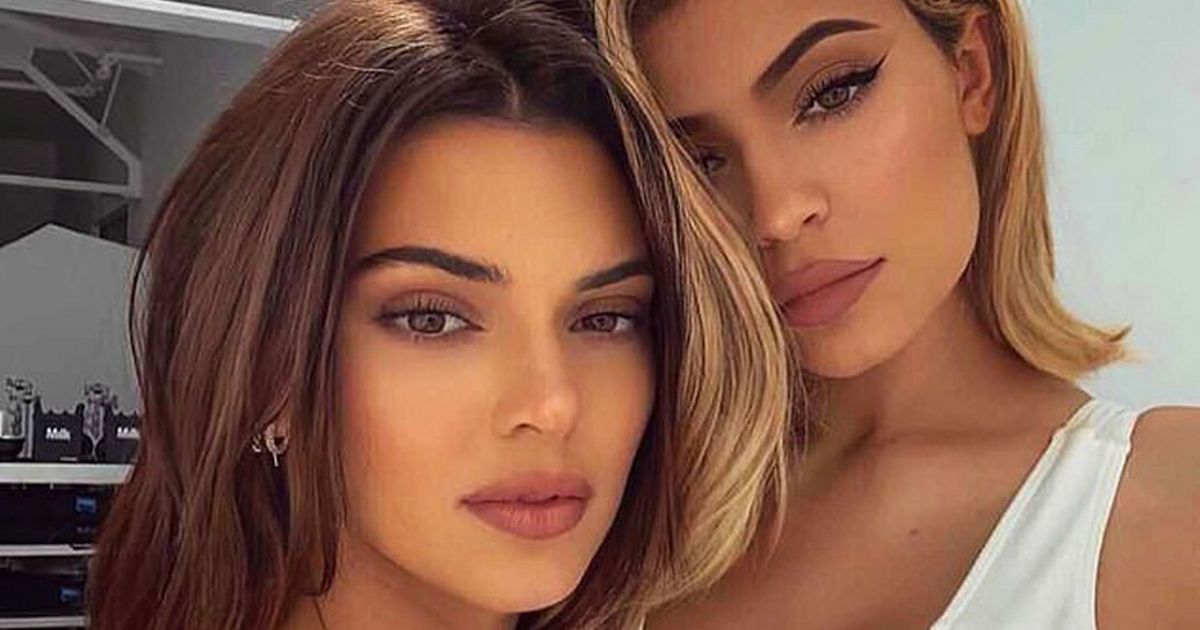 Kendall Jenner and her sister Kylie have poked fun at their sibling antics.

Cameras were rolling when they had a furious row on a family holiday.

The siblings went war in explosive footage which stunned fans on Thursday’s episode of Keeping Up With The Kardashians.

Model Kendall was seen screaming that she’s sick of her younger sister doing “whatever the f*** she wants”.

The row kicked off after Kylie, 23, stole the dress Kendall, 24, had picked to wear on a glamorous Kardshian-Jenner night out.

Despite vowing to never speak to each other again after the fight, Kendall and Kylie have clearly got over their altercation.

And now they’re even able to laugh about it.

The Jenner sisters tweeted live as fans lapped up Thursday’s raucous episode where supermodel Kendall accused Kylie of putting a “heel into” her neck. 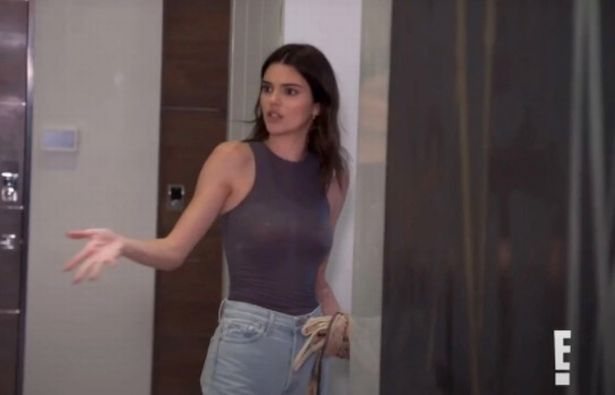 The supermodel and make-up mogul were able to see the funny side of their violent outburst when Twitter lit up with reactions and memes.

While the savage footage aired, Kylie retweeted a clip of her and Kendall fighting in the back of a car as children.

Kylie quipped it was a “pretty accurate” representation of the evening in response to the fan’s cheeky tweet that the clip was the “lost footage of what was going on in that car just now”.

Kendall retweeted the post too, writing: “Lmao! Actually tho!”

While the sisters are able to joke now, during the heat of the argument, Kendall vowed to “never speak to” Kylie again, and couldn’t remain in the same car.

The fiery scenes were shown on Keeping Up With the Kardashians, as the famous family took off to Palm Springs with the holiday being anything but harmonious. 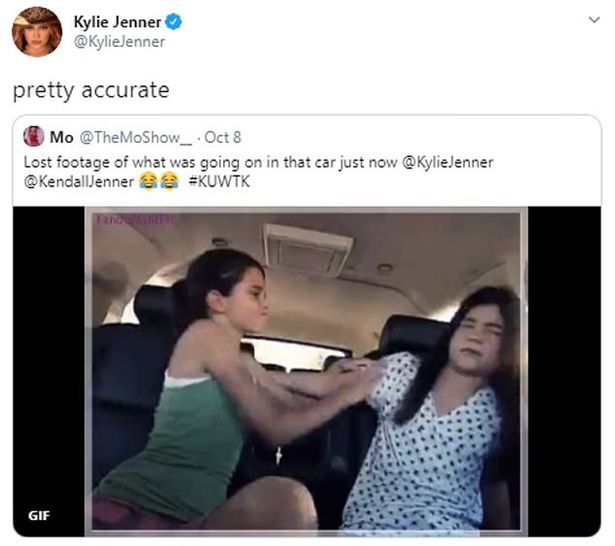 Kendall admitted she felt inferior to her glamorous sisters after Kylie poured her curves into the slinky mini dress she had set her sights on.

Kendall explained she didn’t bring anything extravagant to wear on the sisters’ trip because she assumed the Kardashian Klan would be staying mostly indoors.

“Whenever we’re in Palm Springs, we really just stay at the house. We don’t really leave the community and it’s always just chill vibes.

“So I didn’t even really think to bring something to go out in — I didn’t think we were going to leave the house,” she explained to the camera.

But when the plan changed last minute, Kendall was gifted a curve-hugging brown bandeau dress by sister Kourtney Kardshian to show off her model frame.

But Kendall did not count on sister Kylie stealing the frock from under her and refusing to give it back. 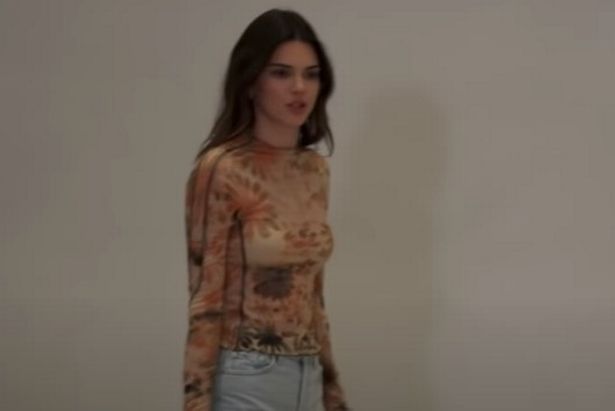 When the fashion muse saw her little sister walking round in the ensemble she has picked out, Kendall saw red.

“Everyone bows down to Kylie and let’s her do whatever the f*** she wants,” she fumed.

As tensions boiled over, Kim Kardashian stepped in as mediator, and telling Kendall she looks fine in her casual look but the furious model does not agree.

“You guys are all like, going out,” she cried pointing at Kim, Khloe and Kourtney.

Kylie then sauntered in to the kitchen wearing Kendall’s dress, sarcastically telling her sister, “Oh, you look cute.” 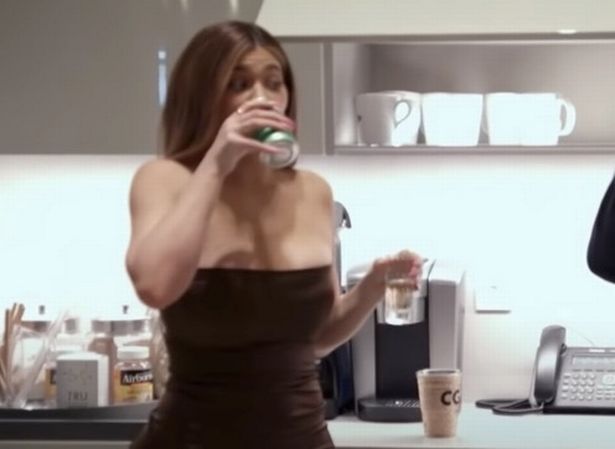 An upset Kendall then stormed off while Kylie proceeded to down shots of spirit with her mum’s boyfriend, Corey Gamble.

“Kendall! Oh, like you deserved the outfit more?” Kylie then yelled after her big sister.

“It was for me!” Kendall protested.

“Whatever, you’re a hater, you’re not going to ruin my f***ing night,” Kylie quipped before dancing off down the hallway.

“I’m having a good time,” says the make-up mogul.

An upset Kendall then told Kylie “You ruined my f***ing night. So I can do whatever the f*** I want to.” 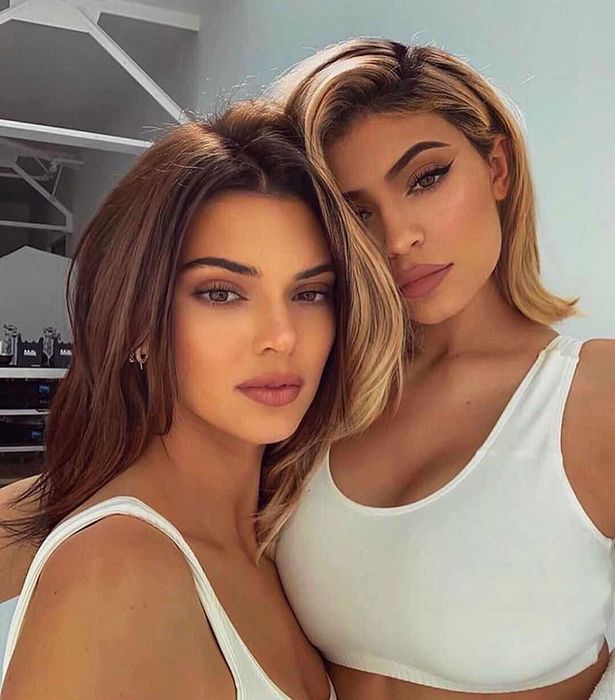 After observing the ongoing drama, Khloe Kardashian told the camera: “This sister night is turning into just catfights left and right.

“At least for once, there’s no beef with me and Kourt!”

Though fans of the show will remember sisters Kim and Kourtney having a huge row last season that ended with full blown slaps and punches.