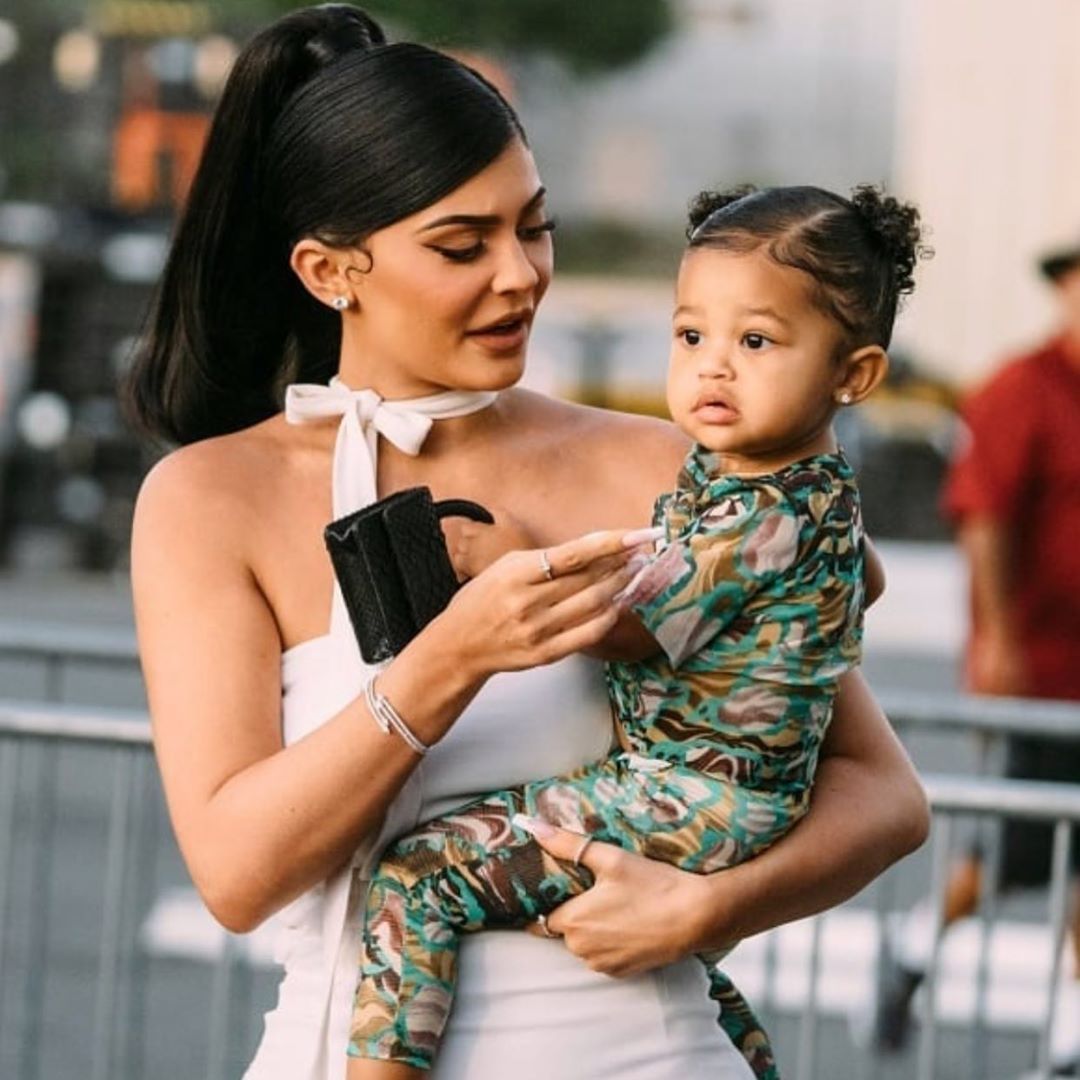 Kylie Jenner couldn’t be more proud of her baby girl and her frequent posts of her on social media are proof enough! That being said, Stormi Webster is hands down one of the most lovable toddlers ever, everything from her cute conversations with her makeup mogul mom, to her on-point fashion being peak entertainment for many of the Keeping Up with the Kardashians fans!

So when Kylie Jenner shared another snap of the 2 year old rocking some expensive brand items, people could not help but agree that the KUWTK star’s daughter is the ‘coolest baby!’

The item in question that she was holding in the picture, in case you were interested, is a Louis Vuitton purse that is listed on the market for over $1,000!

But since her mom is a young billionaire, it’s no surprise that little Stormi gets only the best luxury items!

Because of that, with every new post, Stormi only solidifies her role as a trendsetter and Kylie Jenner obviously agrees!

Alongside the photo of the 2 year old showing off that expensive mini purse, Kylie wrote: ‘Coolest baby to ever do ittt.’

The image featured Stormi from the back, sitting on a concrete slab, purse in hand.

The purse, which is called a Nano Speedy as it is listed on the Louis Vuitton website, is a miniature version of the well-known Speedy bag.

It’s safe to say that Kylie would own that one as well! After all, she loves twinning with her daughter so it would not be a surprise if the bag was part of her huge collection.

The purse is being described on the site as ‘extremely lightweight and large enough for a smartphone, cards and keys.’

Of course, Stormi is too young to worry about fitting any of that in her purse.

The point of the purchase was purely for proportion purposes so that the bag would not be too big for her tiny, toddler frame!