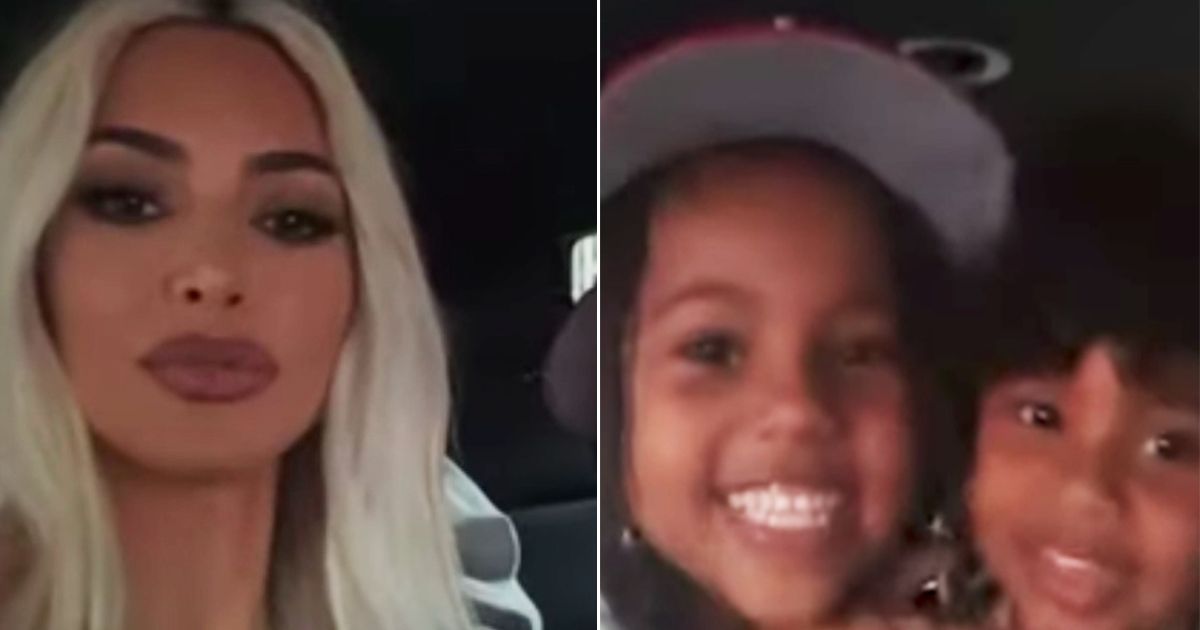 Kim Kardashian went on Instagram Live with her children Saint and Psalm, who she shares with Kanye West, but they were feeling a little mischievous 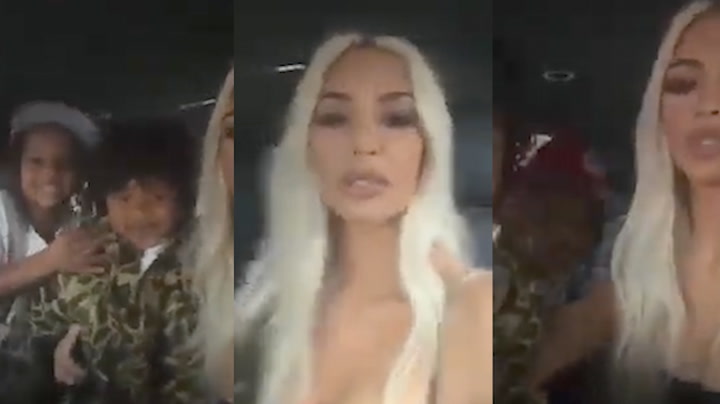 Kim Kardashian’s children were wreaking havoc and calling followers ‘weirdos’ while appearing on her Instagram Live.

The reality star, 41, started a live video with her children Saint, six, and Psalm, three – who she shares with ex-husband Kanye West – when things started getting wild.

Kim filmed herself and her sons while trying to explain what an Instagram Live was, but Saint had his own ideas on what to do and say.

“Say hi!” she told them in the selfie video while sitting in the car, adding: “This is called Instagram Live.”

Psalm said a quiet ‘hi’ before Saint popped his head into the frame to happily yell out: “Hi weirdos!”

Kim wasn’t too pleased with his choice of words and told him to ‘stop it’. However, Saint wasn’t quite done with being mischievous yet.

Saint called everyone on Live ‘weirdos’

He added while smiling: “If you’re watching this, I hate you!”

“Hey! Saint,” she turned to him disapprovingly. Saint’s words gave Psalm the confidence to chime in with some happy gibberish.

“Look what you’re teaching him,” she scolded Saint, making him defend the innocent three-year-old.

Psalm joined in with some gibberish

The entire Live was pure chaos

The SKIMS founder – who also shares North, 9, and Chicago, 4, with Ye – dated Pete for six months before any introductions were made.

“Luckily I have a sister that’s been through it all and we talked about it,” Kim said while appearing on Today.

The two started dating in October

She waited six months before introducing him to the kids

“I consulted with a few therapists and friends that have been through it. I definitely wanted to wait six months. That was the marker.”

She also added that ‘different things work for different people’, saying: “You just have to do what’s right and try to be as respectful and cautious as possible.”

Kim first started dating Pete towards the end of last year after working together on Saturday Night Live.

Since then, the two have been inseparable and have been appearing together on red carpet events as well as on her Instagram page.

It wasn’t until March this year that Kim went Instagram official with the comedian and actor.

Read More: Kim Kardashian’s kids wreak havoc on her Insta Live as they scream ‘I hate you’