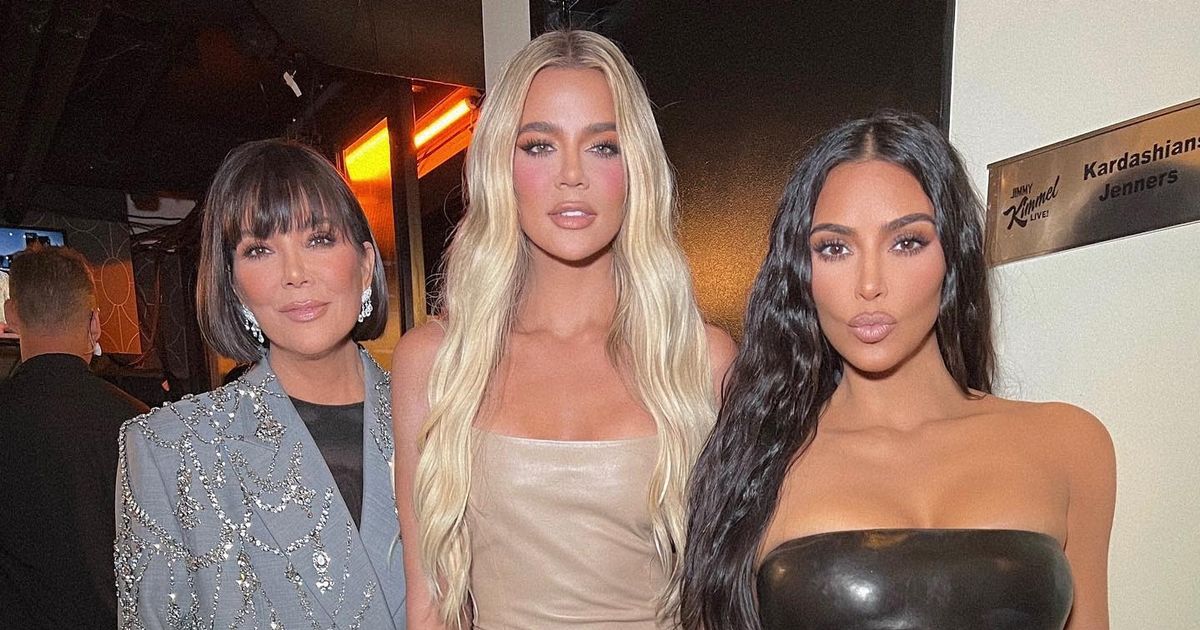 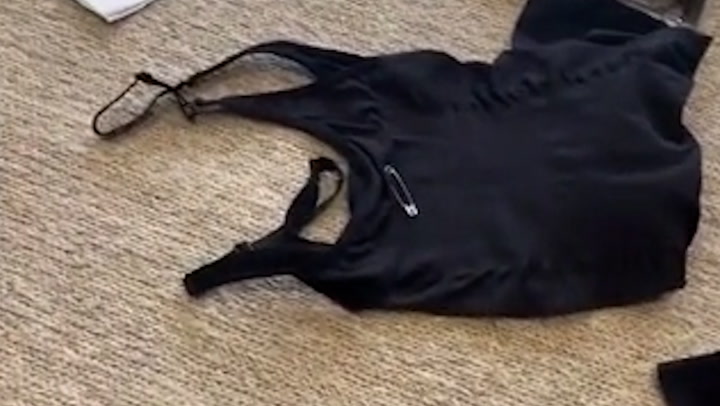 Kim Kardashian reveals bodysuit ‘vagina part’ is being made wider

Khloe Kardashian has inspired sister Kim Kardashian to redesign a piece from her SKIMS line to accommodate those who prefer more coverage in the crotch area.

The Kardashians viewers watched earlier this year as mum-of-one Khloe, 37, jokingly slammed her big sister for skimping on the fabric around ‘the vagina’ with one of her SKIMS bodysuits.

“The vagina needs a little more fabric, just a little wider, and for all you little b****es, why does it matter?” Khloe advised Kim over lunch during an episode of the HULU show in April, after sarcastically asking if the creation was designed to “just cover my cl*t”.

And it seems SKIMS founder Kim has listened to Khloe’s concerns and become a bit more generous with the fabric.

Taking to her Instagram Stories on Thursday, the mum-of-four jokingly revealed how she is widening the ‘Vagina area’ of a bodysuit from her shapewear line just for her sibling.

“I’m in a @skims design meeting and we’re going to widen the shapewear bodysuit Vagina area just for YOU #TheKhloeKut,” she continued, adding some lighthearted emojis to the update.

In footage of some SKIMS samples on the office floor, the reality TV veteran could be heard off-camera saying: “Khloe, you would be so proud. I’m in a full SKIMS shapewear meeting and guys, we are making the vagina part in the bodysuit thicker – wider, sorry.”

Khloe has spoken candidly over the years about being a self-described member of the ‘big p***y club’ and joked about her ‘camel toe’ in pictures.

In 2015, the star – who is rumoured to be dating again following her split from Tristan Thompson – took to Instagram to share a snap of herself with a camel toe and a cheeky pet name for it.

The sisters discussing Khloe’s vagina area on The Kardashians

“oh Camille the camel is trying to say hi! I hope she listens today,” Khloe joked with her followers on the social media platform.

The following year, the Good American founder explained how her weight loss caused her body to change in unexpected areas.

“Now that I’ve lost weight, I swear my p*** has lost weight too, which I did not know was an option but thank God,” she mused to NYLON magazine – adding that her famous camel toe isn’t as visible these days due to having a slimmer frame.

The supportive star also heads up a fashion line of her own, Good American

In April this year, Khloe poked fun at herself for having “a bigger vagina than most” during an on-screen chat with sisters Kim and Kourtney Kardashian.

Arriving at lunch in one of Kim’s SKIMS bodysuits, Khloe dubbed her sister’s clothing creation “amazing” but asked why the fabric around the crotch is just “a sliver – is it supposed to just cover my cl*t?”

Khloe’s prayers have since been answered, much to her delight on Thursday as she reshared Kim’s SKIMS update to her own Instagram Stories – adding a ‘LOL’ animated gif to the news Kim’s fashion line will now provide more coverage in intimate areas.