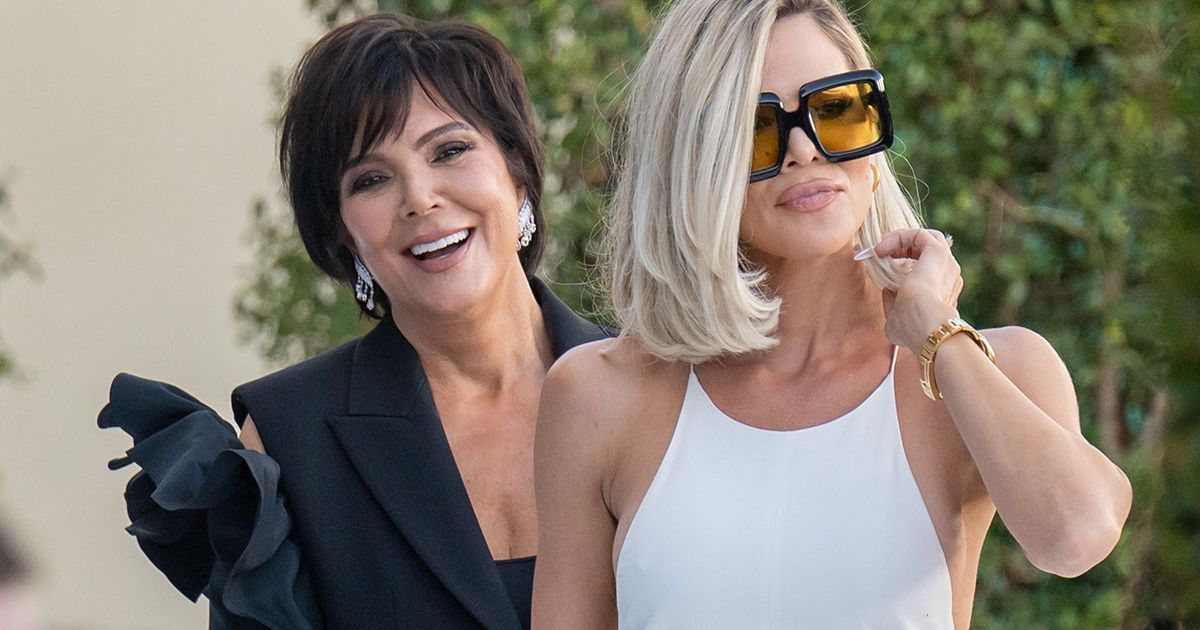 Both the Kardashians and Taylor Swift have been blasted for the number of flights they have taken this year, supposedly emitting thousands of carbon emissions 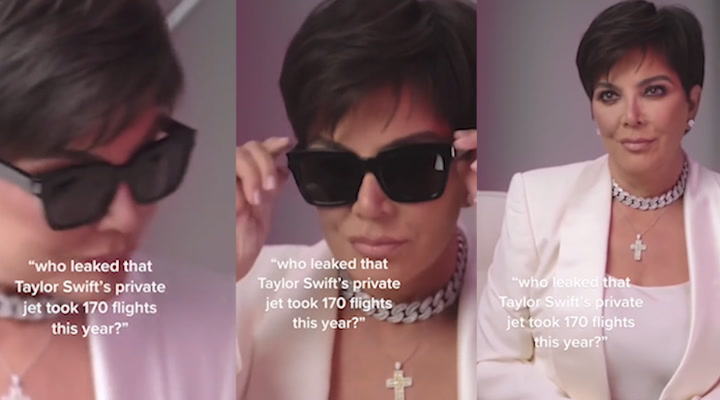 Khloe Kardashian has “liked” a social media video joking it was her mum who leaked Taylor Swift was the celebrity with the worst private jet emissions.

Seemingly igniting the family’s decade long feud with the singer, the post – shared on meme account Kardashian Social – shows Kris Jenner sitting down for an interview and removing her sunglasses.

The words over the clip read: “Who leaked that Taylor Swift’s private jet took 170 flights this year?”

It comes after Taylor was called out for being the “biggest celebrity CO2 polluter” of the year so far.

The Bad Blood singer is said to have clocked up 170 flights since January, with her private jet amassing 22,923 minutes in the air, according to research by analytics agency Yard.

This equates to 15.9 days, which the report points out is a “large amount considering she is not currently touring”.

Taylor’s jet has an average air time of 80 minutes and 139 miles. Her shortest recorded flight of 2022 was just 36 minutes, flying from Missouri to Nashvile.

During the flights her private jet supposedly emitted over 8,000 tonnes of carbon emissions – more than the 1,184.8 the average person would emit for an entire year.

Taylor’s spokesperson hit back at the claims, saying that not all the journeys on her private jet were for personal use.

In a statement, they said: “Taylor’s jet is loaned out regularly to other individuals. To attribute most or all of these trips to her is blatantly incorrect.”

However, this didn’t go down well with fans who pointed out that because it was her jet, she was still responsible.

Kim was branded one of the worst celebrity carbon emissions offenders

One social media user tweeted: “You’ve really gotta hand it to Taylor Swift’s publicist bc ‘she generously rents out her jet for her poorer friends who can’t afford their own personal jets to use’ is the funniest possible way to put a humanitarian spin on her carbon emissions.”

Another added: “If I loan you my credit card, I’m the one who pays it off. I don’t think anyone thought she alone made all 170 trips within 200 days… I wish she would’ve realised she’s still accountable.”

She even has Kylie Air branded cups

When it comes to the Kardashians themselves, only Kim made it into the top 10 of the celebrity carbon emissions list.

Rocking up at number 7, the Yard report claimed the 41-year-old SKIMS founder took 57 flights so far this year.

This equates to emitting over 4,000 tonnes of carbon emissions – 600 times more than the average person in a year.

Her shortest journey was a 23-minute flight from San Diego to Camarillo, both in California.

Sister Kylie – who was recently called out for being a “climate criminal” for taking a 12 minute flight – didn’t make the top 10.

But her rapper boyfriend Travis Scott took the number 10 slot, allegedly racking up over 3,000 tonnes of emissions this year – and taking the shortest celebrity flight of just 7.31 miles.

Kylie and Travis received backlash from fans after posting a photo in front of their private jets with the caption: “You wanna take mine or yours?”

She later appeared to make herself look more relatable by taking a family trip to discount store Target.

The latest jibe at Taylor comes 11 years after their feud started, when Kanye West stormed on stage at the 2009 VMAs and interrupted her acceptance speech – by claiming the award should have gone to Beyonce.

All appeared to be forgiven until Kanye released his controversial single, Famous, which features the now infamous line “I feel like me and Taylor Swift might still have sex/Why? I made that b***h famous”.

A furious Taylor released a statement through her agent saying she had never approved the line.

Kim hit back by releasing a recording of the conversation she says happened between Taylor and Kanye, apparently approving the song and branding the Shake It Off singer a “snake” – although another recording later proved Tay Tay was telling the truth.

Taylor has since appeared to reference the feud in her music and even branded Kim and Kanye “bullies” who started an online hate campaign against her.

Things looked to have calm down between the two camps when Kim admitting to liking Taylor’s “super cute and catchy” songs in a 2021 interview.

Although Kim and Kanye are no longer together, has the Kardashian-Swift beef just started again?