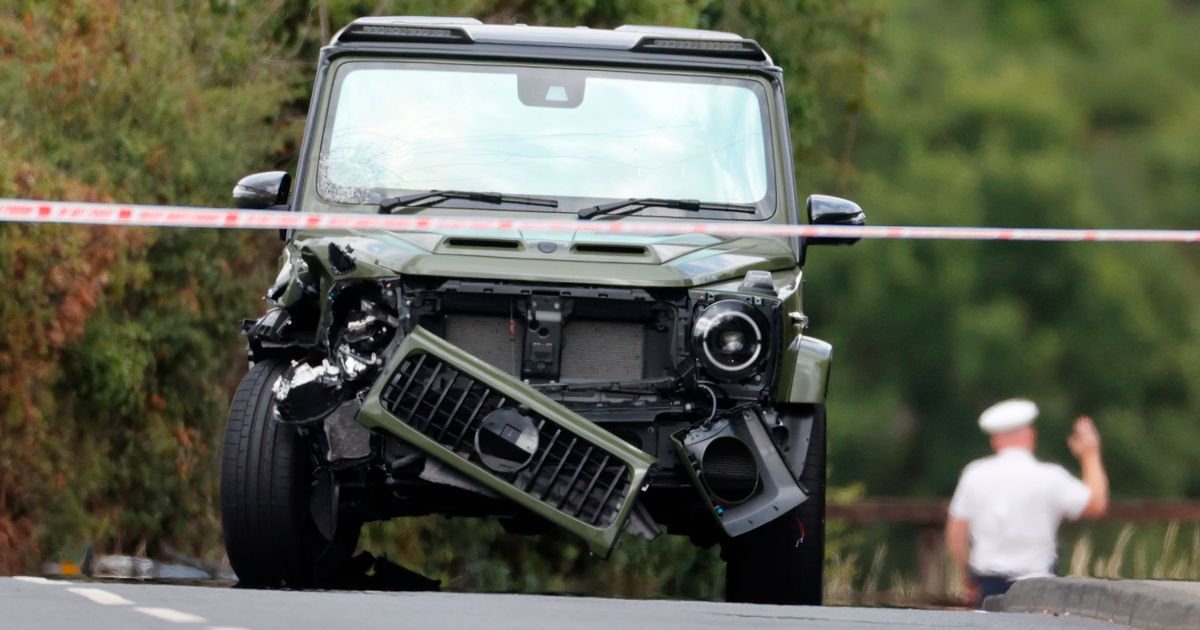 As is standard police procedure, Kem Cetinay took all the relevant tests at the scene of yesterday’s tragic incident. The Love Island winner has expressed his ‘deepest condolences, prayers and sympathies’ to the motorcyclist’s loved ones 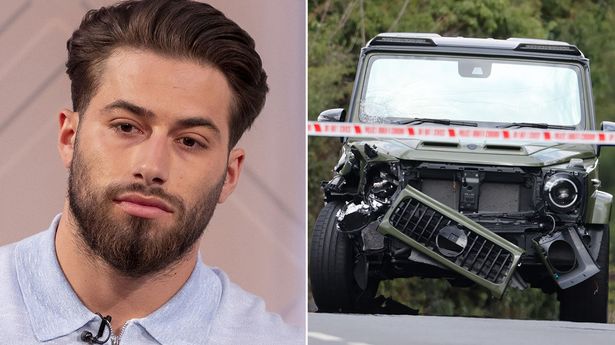 Kem Cetinay waited for the police to give them his full assistance following the tragic collision that left a motorcyclist dead.

The former Love Island champion, 26, took all the relevant tests at the scene – something which is standard police procedure – and is being treated purely as a witness to the incident.

A representative for the reality TV star has confirmed he is assisting the police and was uninjured bar suffering shock as a result of the collision.

Kem was involved in the fatal car crash on Thursday morning [August 4], after his Mercedes G-Wagon collided with a motorbike near his home in Essex.

It’s believed his car collided with the bike after the motorcyclist “overtook and ended up on the wrong side of the road before the 60mph smash”.

Kem Cetinay’s G wagon was involved in the fatal collision

Paramedics fought to save the motorcyclist, but sadly he died as a result of his injuries.

Witnesses claim they saw motorcyclist overtaking cars while driving up Shepherds Hill in Romford as Kem drove down.

“I feel for him. He watched someone die in front of his eyes,” one witness has told The Sun. “The driver of the motorbike flew about 20ft into the air before landing on the road.'”

Kem is one of the many witnesses to the collision

They add that “about six witnesses” saw the fatal collision, with the motorcyclist overtaking the cars when he “smashed head-on into Kem’s car at about 60mph on a 30mph road”.

Kem is making nothing further public comment on the incident “aside to offer his deepest condolences” to motorcyclist’s grieving loved ones.

Kem is said to be shaken by the experience

“Kem was this morning (Thursday) involved in a road traffic accident close to his home in the Brentwood area at approximately 11.30am,” a representative for the Love Island star has told the Mirror.

“Tragically, a motorcyclist died in the collision. Kem has been assisting the police and is being treated purely as a witness to the incident.

The reality TV star will help police with their enquires

Following the tragic incident, Kem waited at the scene for police to assist them with their enquires.

As is normal, the reality TV star took all the relevant tests – all which came back negative.

‘No-one could have foreseen this tragic accident’

The incident, which happened more than 700 metres from Kem’s restaurant, Array, is said to have left the star in shock.

“Kem is devastated about what’s happened. He’s a sensible driver; no one could have foreseen this tragic accident happening,” a source close to the star has told the MailOnline.

“There has been no wrongdoing on Kem’s side, he’s not at fault, and is being treated by police as a witness.

‘Kem is not at fault’

“He’s still dealing with the shock alongside close friends and his family.”

A spokesperson for Metropolitan Police told Mirror Online on Thursday: “Police were called at 11:32hrs on Thursday, 4 August to reports of a collision at Romford.

A crime scene remains in place