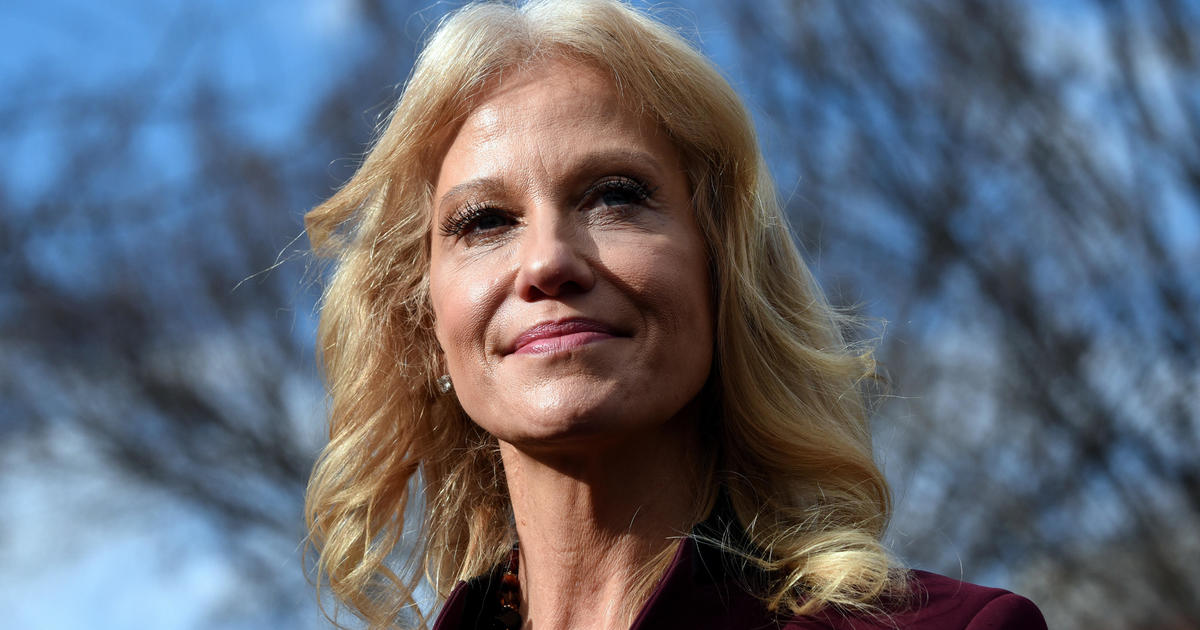 Kellyanne Conway to leave White House to focus on family

Battleground Tracker: GOP sees U.S. as better off now than 4 years ago

The racial origins of fat stigma

Police in Wisconsin shoot Black man in back multiple times

Kellyanne Conway to leave White House to focus on family

Kellyanne Conway, counselor to the president, announces departure from White House to focus on family

White House counselor Kellyanne Conway, one of President Trump’s closest advisers, announced Sunday, on the eve of the Republican National Convention, that she will be leaving the administration at the end of the month. She informed the president of her decision on Sunday evening in the Oval Office, according to a senior administration official.

In a statement on Sunday, Conway cited as the reason for her departure the challenges of distance learning this fall for her four children, “teens and ‘tweens starting a new academic year, in middle school and high school, remotely from home for at least a few months.”

Her husband, George Conway, who is a vocal critic of Mr.Trump “is also making changes,” Conway said. “We disagree about plenty but we are united on what matters most: the kids.”

George Conway on Sunday evening announced on Twitter, “So I’m withdrawing from @ProjectLincoln to devote more time to family matters. And I’ll be taking a Twitter hiatus.” He added, “Needless to say, I continue to support the Lincoln Project and its mission. Passionately.” The Lincoln Project, which was cofounded by George Conway has been spending millions on television ads and digital campaigns to defeat Mr. Trump.

Kellyanne Conway also said of her departure, “This is completely my choice and my voice,” and said that “in time” she’ll announce her plans for the future. She added, “For now, and for my beloved children, it will be less drama, more mama.”

Before she was named counselor to the president, Conway served as the president’s campaign manager, his third in 2016, after Corey Lewandowski and Paul Manafort. Conway is the first woman to manage a winning presidential campaign. On Wednesday night, she’s slated to address the Republican convention.

The past four years have allowed me blessings beyond compare as a part of history on Election Night 2016 and as Senior Counselor to the President. It’s been heady. It’s been humbling.

I am deeply grateful to the President for this honor, and to the First Lady, the Vice President and Mrs. Pence, my colleagues in the White House and the Administration, and the countless people who supported me and my work. As many convention speakers will demonstrate this week, President Trump’s leadership has had a measurable, positive impact on the peace and prosperity of the nation, and on millions of Americans who feel forgotten no more.

The incredible men, women and children we’ve met along the way have reaffirmed my later-in-life experience that public service can be meaningful and consequential. For all of its political differences and cultural cleavages, this is a beautiful country filled with amazing people. The promise of America belongs to us all. I will be transitioning from the White House at the end of this month.

George is also making changes. We disagree about plenty but we are united on what matters most: the kids. Our four children are teens and ‘tweens starting a new academic year, in middle school and high school, remotely from home for at least a few months. As millions of parents nationwide know, kids “doing school from home” requires a level of attention and vigilance that is as unusual as these times.

This is completely my choice and my voice. In time, I will announce future plans. For now, and for my beloved children, it will be less drama, more mama.

Jenna Gibson and Fin Gomez contributed to this report.

Police in Wisconsin shoot Black man in back multiple times »