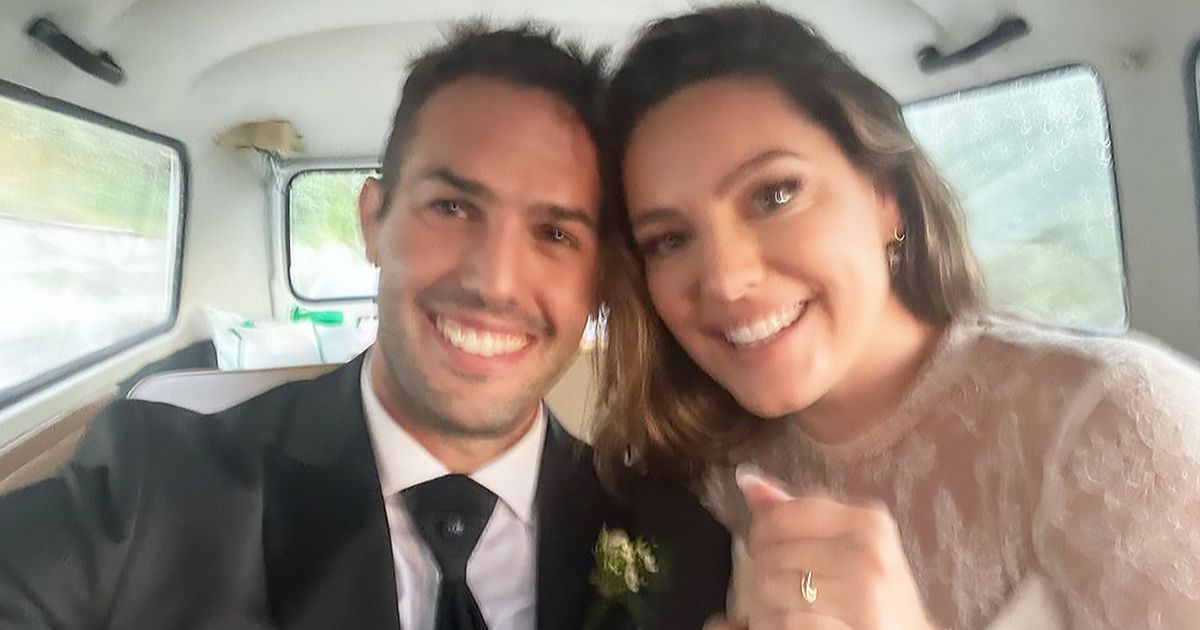 Kelly Brook tied the knot with partner Jeremy Parisi over the weekend in Italy, with it having now been claimed that she turned into a bit of a ‘bridezilla’ amid the unexpected bad weather 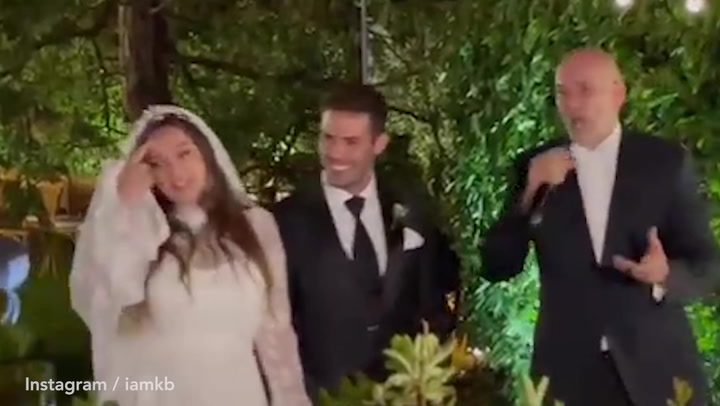 Kelly Brook ties the knot during a romantic ceremony in Italy

Kelly Brook reportedly became a “bridezilla” at her wedding to fiancé Jeremy Parisi over the weekend, with her mood said to have reflected the “gloomy” weather on the day.

The radio host, 42, tied the knot with her beau, 37, in a lavish ceremony held in Italy a few days ago – with them having planned to exchange vows in an outdoor ceremony.

They are understood to have unexpectedly got married inside Cicerone Tower in a bid to shelter from rain, with Kelly having said they had to get permission from the mayor.

She has since shared photos from the special occasion and whilst it looks like a fairy-tale, it’s now been alleged that behind the scenes there was a bit of a tense atmosphere.

According to the Sun, emotions ran high as she felt the unfortunate weather had put a damper on her wedding day to model Jeremy.

A source told the outlet: “Kelly’s mood was the same as the weather on the day of her wedding – gloomy. She made it clear the weather had taken the shine off her day.”

They said that she appeared to “take it out on the people working at the venue,” with them further alleging that the bride was “moaning about things not being correct.”

The coupled tied the knot in Italy

The source added: “[She] said a few times how the cash was coming out of her pocket so she needed it to be perfect.”

The outlet reports that people at the event said she seemed to take particular issue with her wedding planner, who it’s been claimed was even snubbed in the speeches.

“The wedding planner had done an amazing job and, given the torrential rain and how that changed plans, it couldn’t have gone better,” the source commented.

Photos have showcased the bride’s gown

The source said that Kelly made “a few digs” throughout the day and claimed that the wedding planner wasn’t mentioned in the speeches despite the chefs and the florists being thanked.

The Heart radio presenter has shared photos and videos from her wedding on Instagram in recent days – with her showcasing her dresses, the venue and the celebrations.