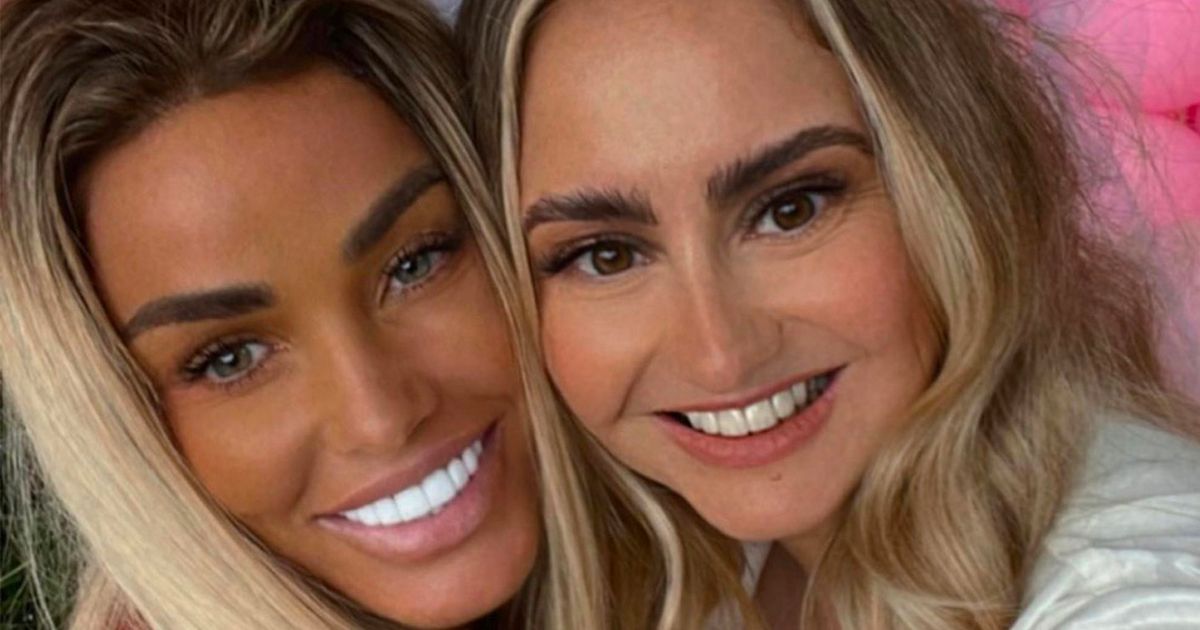 Katie Price says she has an ‘exciting’ week

Katie Price’s sister Sophie has reportedly refused to lift the ban on Carl Woods attending her wedding, which is said to be taking place on Wednesday.

Model Katie’s younger sister Sophie, 32, is said to have removed 33-year-old Carl from the guest list amid his on-again-off-again romance with Katie, 44.

Carl was charged in February with using abusive and threatening behaviour against Katie following an incident at a house in Essex in August 2021.

Katie Price’s sister Sophie has refused to lift the ban on Carl Woods attending her wedding, according to reports

But, last week the charges were dropped as the Crown Prosecution Service said there was “no realistic prospect of conviction and the case was stopped”, a decision which he is said to be “relieved” by.

Katie’s siter Sophie is said to have not reversed the ban, a decision which Katie reportedly ‘respects’

“She doesn’t want anything distracting from Sophie’s big day and she knows it’s not about her or Carl.

“Katie will be there with a big smile on her face to celebrate her sister, but of course it makes her sad to not have Carl by her side.”

Sophie is reportedly due to walk down the aisle on Wednesday

Meanwhile, Carl is said to be “disappointed” by the decision “for Katie’s sake” but “understands” the decision Sophie and Harry made.

The insider added how Katie’s fiance “wishes Sophie and Harry all the best for their big day”.

Days before Sophie’s nuptials, Katie threw her sister an incredible hen party celebration over the weekend.

Mum-of-five Katie pulled out all the stops for the hen, as she hired a luxury secluded cabin complete with neon signs, balloons and a hot tub.

The sisters’ mum Amy and Katie’s daughter Princess were also at the fun filled event, which also included a spot of karaoke and drinks with penis straws in.

Katie threw Sophie an incredible hen party over the weekend

As the day wound down, mum-of-one Sophie shared a series of snaps to show highlights from her hen and gushed over her sister in the caption.

Sophie wrote: “What a day! Thank you to everyone who made my hen do so special I absolutely loved it, and I had an amazing time with you all (you know who you are)!

“I want to say a MASSIVE thank you to my sister @katieprice who organised the whole day! Thank you sooo much you absolutely smashed it and I’m so grateful, I love you loads,” Sophie penned alongside a red heart emoji.

Struggling to contain her excitement over walking down the aisle, Sophie ended the caption with: “Counting down the days now

“P.S. I wish I got more pics but I was enjoying the day to much and I kept losing my phone”.

« Rolling out COVID-19 vaccines for children under 5 years old

'I'm not condoning violence, but I'd take Jessie Wallace over Beyonce any day' »