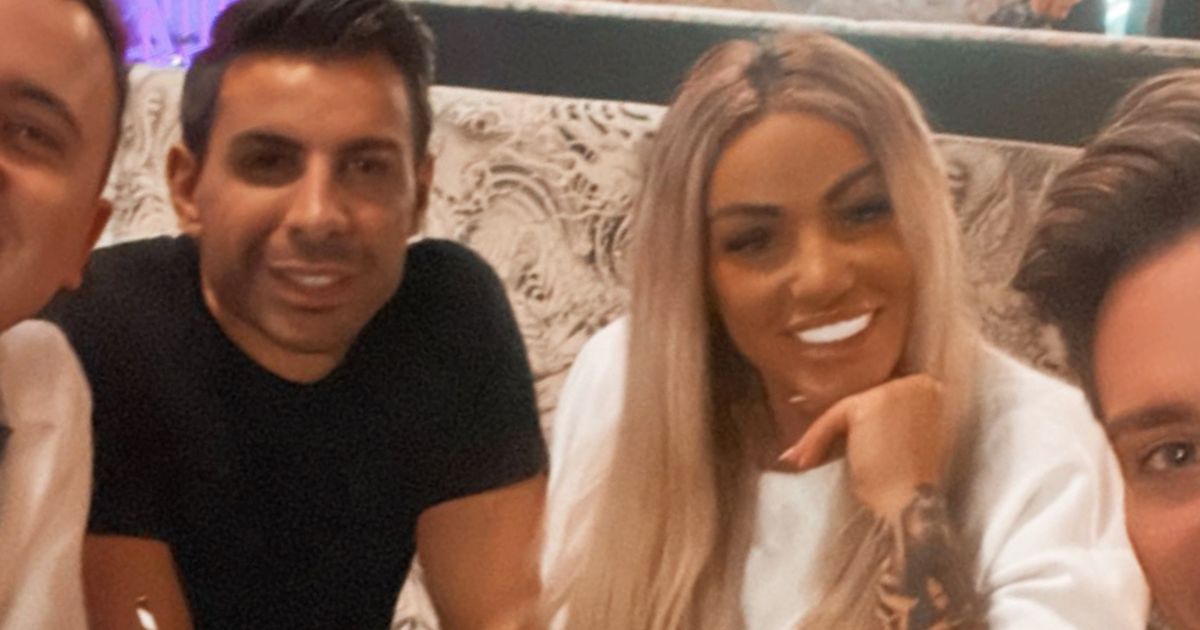 Former glamour model Katie Price let her hair down at the O2 Arena with pals, after Carl Woods hit back at speculation they had split 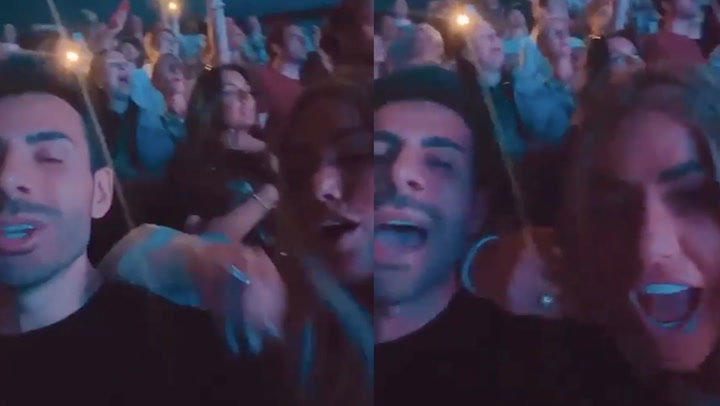 Katie Price enjoyed a night out with her pals after her fiancé Carl Woods denied the split rumours about the pair.

The former glamour model had a blast as she went to a Christina Aguilera gig with her pals – with Carl not appearing to attend the concert.

She was joined by friends Ross Fraser and Marcello Ferri as she sang along to Xtina’s hits at the O2 Arena.

A source claimed she told fellow concert-goers that she and Carl broke up but still wore her engagement ring.

“She was out with friends and seemed to be in good spirits as her relationship remains up in the air,” the source said.

They added to The Sun : “Carl was not there and Katie was telling strangers that it was over between the pair – but is still wearing her engagement ring.”

Katie enjoyed a Christina Aguilera concert with her pals

She apparently told people they are no longer together

Back in July, rumours swirled about Carl and Katie’s engagement being ‘on the rocks’.

The 33-year-old was said to have “had enough” of the drama attached to his fiancée’s life, and “just wants to live a quiet life”.

Car dealer Carl popped the question to the mum-of-five last year after just 10 months of dating.

Katie was still wearing her ring

There has been speculation about their marriage in recent weeks

Their alleged rocky patch comes following months of legal woes for the former glamour model – with Carl apparently trying to get his partner to “live her life with less drama”.

However, he later branded reports that he and his fiancée have broken up as “complete lies”.

Carl appeared on GB News on last week to slam the rumours, after furiously denying them in an expletive-filled video.

Speaking to Mark Dolan, he said: “When I left the house earlier she still had the ring on. So I’m hoping when I get back it’s still there.”

When Mark asked whether reports the pair had parted ways were “lies”, Carl said: “Complete lies.

“The truth never sells and this is what I have learnt,” he went on.

“I have never experienced anything like this in my life. Unfortunately for Kate she doesn’t know any different, I know what it is like to have a normal life, so when these things are happening, it’s just completely and entirely unfair.”