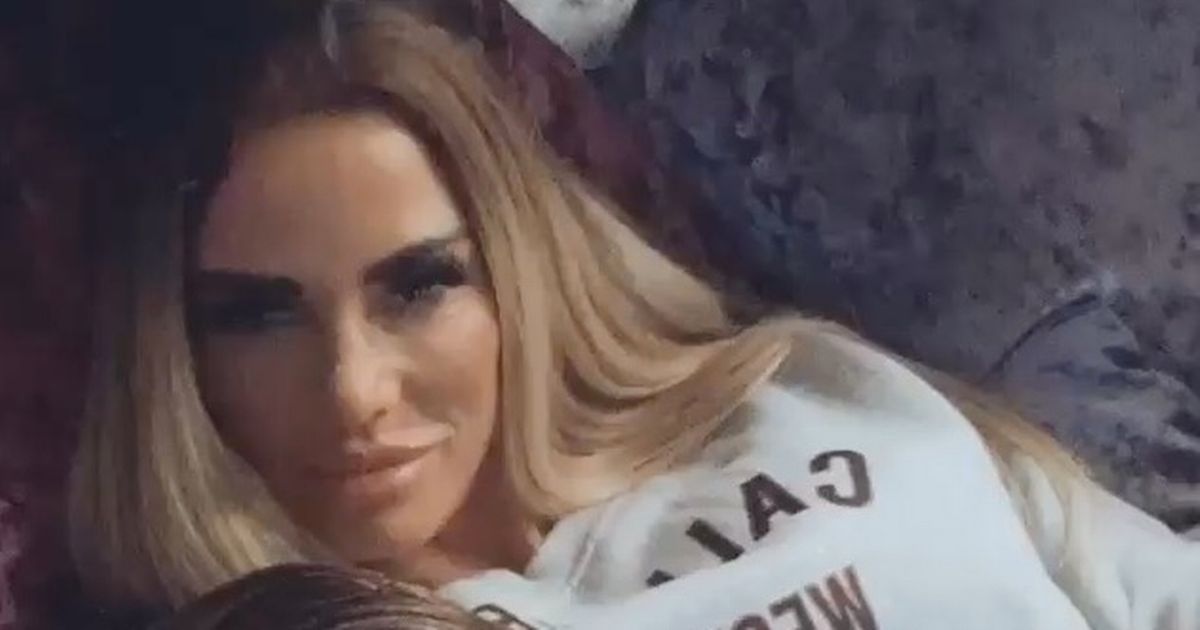 The ex glamour model, 42, said she was taking time out of the spotlight on doctors’ orders after breaking both her feet in Turkey 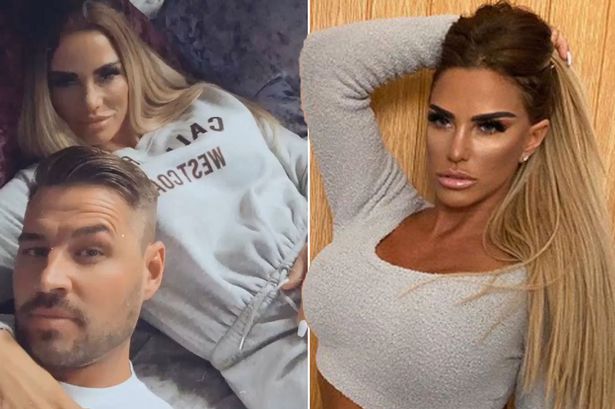 Katie Price made a return to Instagram a week after doctors ordered her to stay off social media and away from the limelight.

The mum was advised to take some time off after breaking both her feet in a horrifying accident at a theme park in Turkey in August.

Katie, 42, certainly looked relaxed as she snuggled up to boyfriend Carl Woods for a selfie shared to his social media page.

The pair looked very loved-up as they lounged on the sofa together in matching grey leisure wear.

While Katie is out of action for at least six months following surgery, Carl told his followers he’s been very busy. 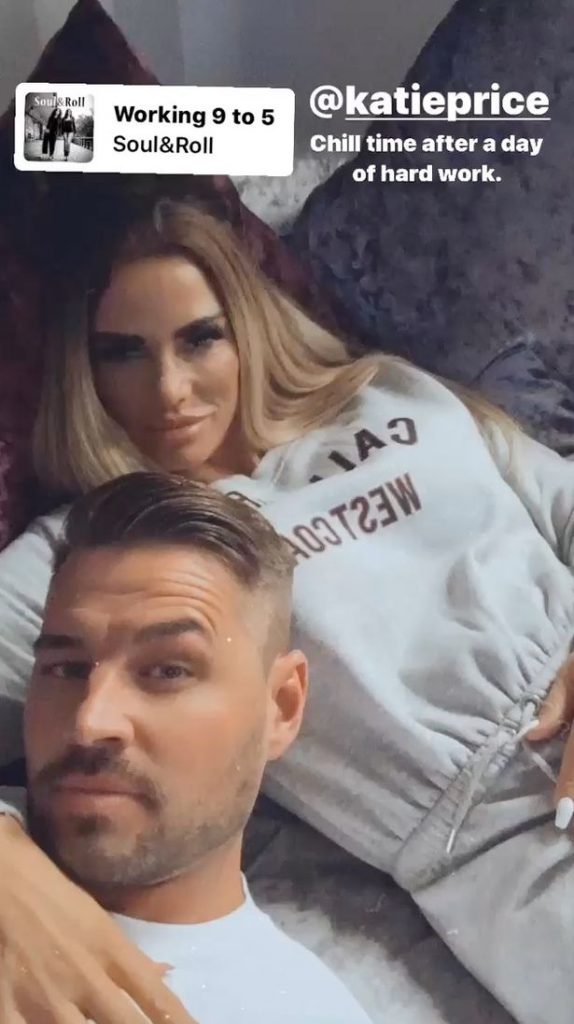 “Chill time after a day of hard work,” the former Love Island star penned in the caption.

Katie previously praised Carl for being her ‘rock’ as she’s been confined to a wheelchair for the next six month.

While she has been advised not to work, Katie has still been filming content for her YouTube channel.

Katie shocked fans with her latest video that saw her crawl around the floor of a beauty salon as she refused to let her injuries dampen her day of pampering. 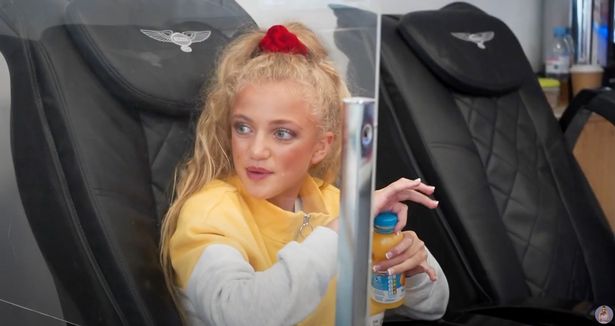 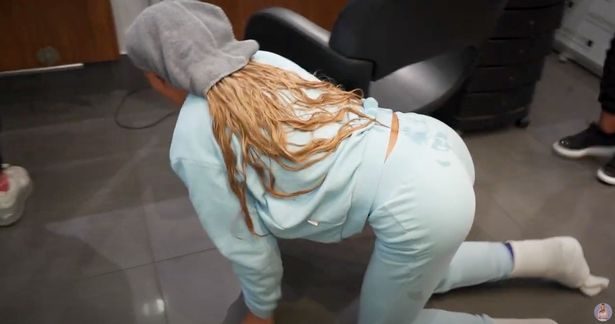 Her daughter Princess,13, cringed with embarrassment as former model Katie dragged herself along the floor on knee pads.

The cushions were a gift from boyfriend Carl to help Katie get around at home as her rented Surrey home is by no means wheelchair accessible.

Sources close to the new couple say they have been considering moving in together as Katie needs space that is more accommodating to her needs.

Elsewhere in Katie’s latest video, Girly Pamper Day with Princess, she opens up about the scars she’s been left with after her surgery and says she’s been left looking like something out of horror movie Saw. 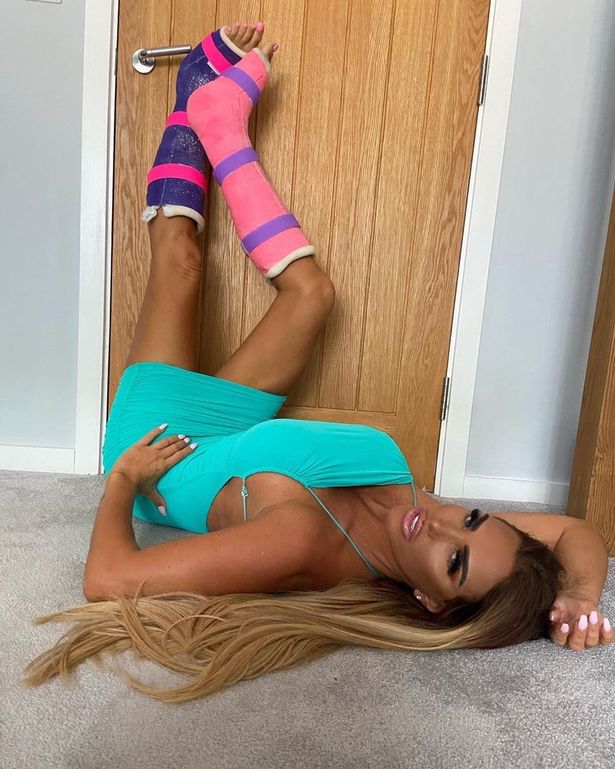 The image-conscious star has been left with a huge L shaped scar down the side of her foot and up her ankle while the rest of her lower leg sported blue bruising.