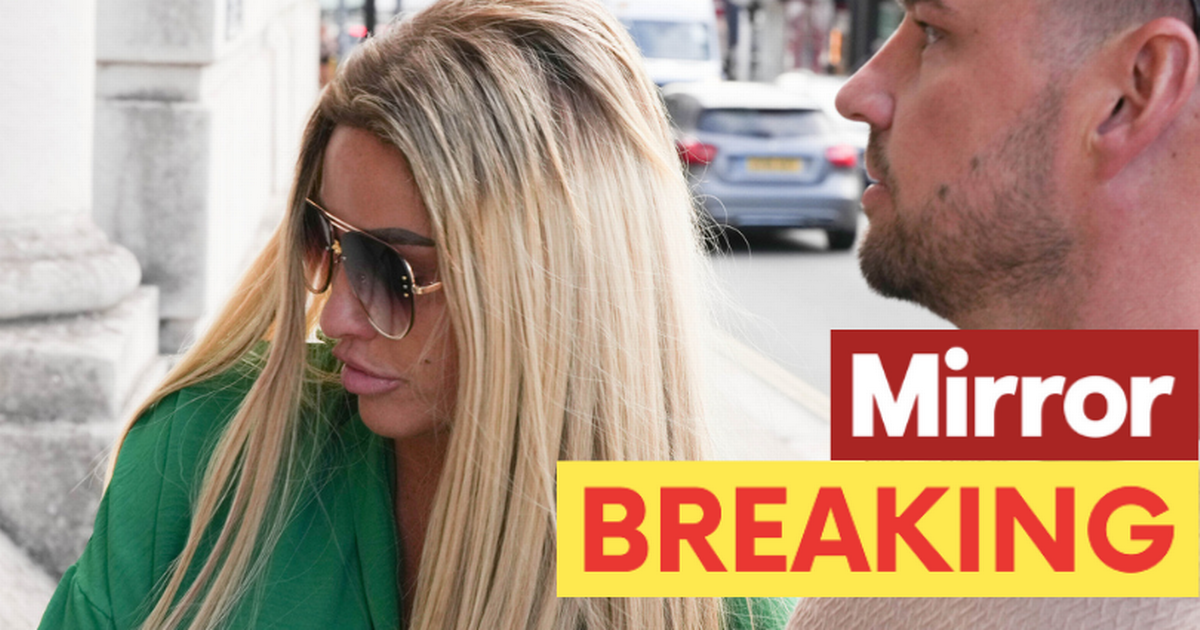 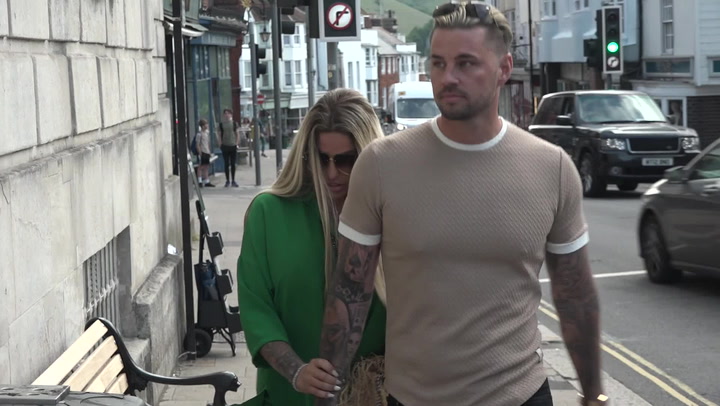 Katie Price launched into a foul-mouthed tirade as she arrived at court where she faces jail for messages she sent to her ex husband Kieran Hayler.

The reality TV star was heard to say “suck my d***” as she made her way past reporters, one of whom asked her about the chance she could go to prison.

Katie has admitted to breaching a five year restraining order against her ex husband Kieran’s fiancée, Michelle Penticost by calling her a ‘gutter slag’.

As she arrived at Lewes Crown Court for sentencing today, Katie was flanked by her fiancé , Carl Woods.

The mum-of-five was dressed in a striking green dress for the hearing and clutching a straw-look bag, with a pair of large tinted sunglasses covering her face.

After making her guilty plea in March, Katie was warned by Judge Stephen Mooney at Lewes Crown Court that she was ‘at risk of going to prison’.

Katie was first slapped with the five-year restraining order which forbids her from contacting her ex-husband’s partner, directly or indirectly, after she admitted to using abusive language in 2019 towards Michelle, 39, at the school gates.

The former glamour model was married to Kieran from 2013 until 2021 and she shares two children with the former stripper, Jett and Bunny.

In January this year, Katie messaged Kieran, 34, accusing him and Michelle of conducting an ‘affair.. behind my back’ while they were still together.

And in the messages, Katie labelled Michelle as a ‘c***ing whore piece of s*** ‘ and a ‘gutter slag’.

Katie recently enjoyed her sister’s wedding on Wednesday after reportedly asking sis Sophie to bring the day forward due to the risk of jail time.

A source told The Sun : “They’re a close-knit family and were desperate to share this special moment all together.”

The source claimed Katie ‘brought a film crew’ with her and that she was ‘hell-bent on attending the wedding.

Although the star could face jail today, she appears to have made summer plans which are only a mere couple of weeks away.

Last week, Katie took to Instagram to ask fans how to get hold of bikinis for an upcoming holiday, saying she ‘desperately’ needed them for her departure 10 days from then.

It appears the star has booked herself into a makeup masterclass in Ibiza and told her fans: “I’ll be in Ibiza on 15th July.

The mum-of-five also has a suspended sentence of 16 weeks from December 2021 after she admitted to crashing her car while under the influence in September 2021, during a period where she was also banned from driving.