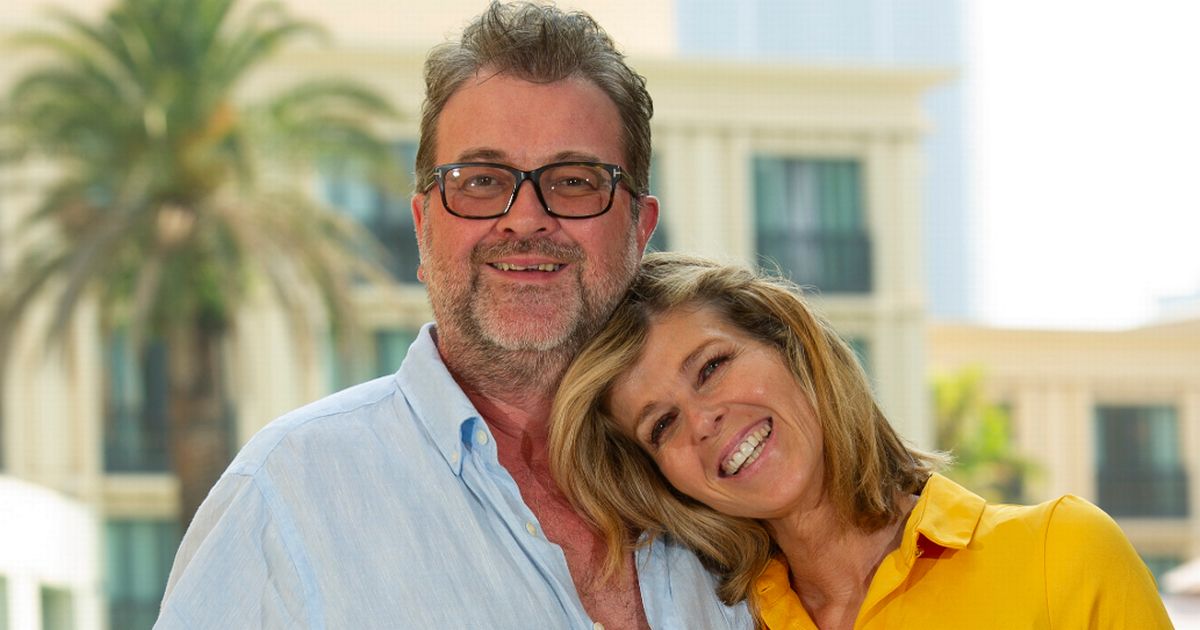 This year has undoubtedly been one of the most harrowing Kate Garraway has ever had to face.

Husband Derek Draper, 52, spent months in a coma after contracting Covid-19, and while he is now awake, doctors aren’t sure if he’ll ever recover from the damage done.

Heartbroken Kate was finally able to see him last week and revealed he’s since managed to watch her on Good Morning Britain.

She said: “He had a tough week, he had two big falls in blood pressure and also swelling in his legs with the concern that it might be clots it was very very emotional. 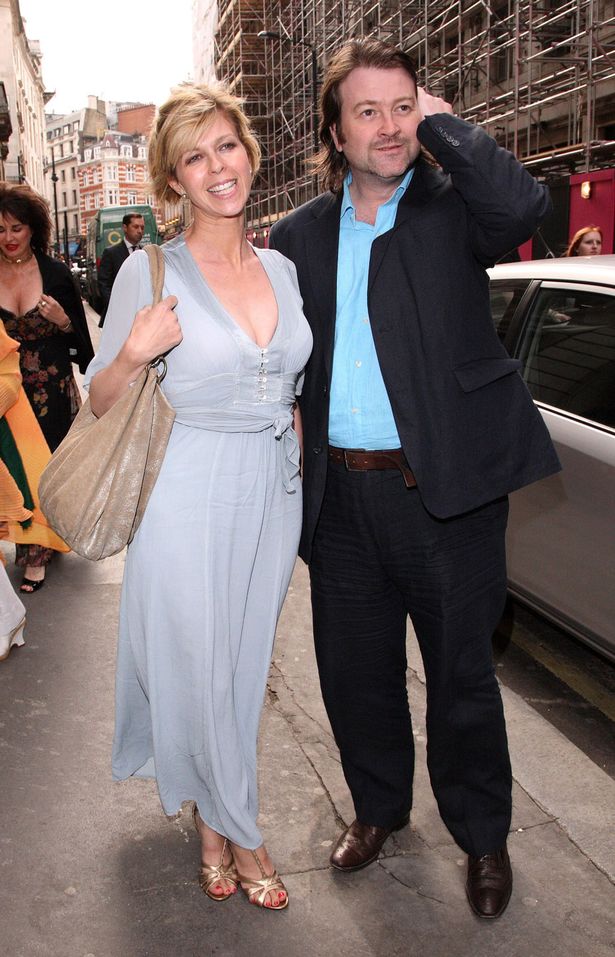 “He has had clots in his lungs… I suppose the concern would be is if it was new clots forming.”

Kate added: “He’s stable and yesterday I spoke to nurses and they said they have put GMB on and they felt he looked at it, because his eyes are open he looked focused and engaged.

“I found it very emotional, we don’t know if it was the movement or the light, so good morning Derek if you are watching, we’re all sending you lots of love.”

Before the pandemic, Kate, 53, and Derek had been planning to renew their vows – 15 years after first tying the knot.

But their relationship almost didn’t get off the ground. Neither was too keen when their mutual friend, GMTV’s political correspondent, Gloria De Piero, tried to set them up.

“Gloria pitched a person to me who was the old Derek Draper,” Kate once recalled to the Scotsman, referring to his hard-partying days. “She said ‘oh, he’s amazing, he practically runs the Groucho Club, he runs Soho House, he’s amazing.'” 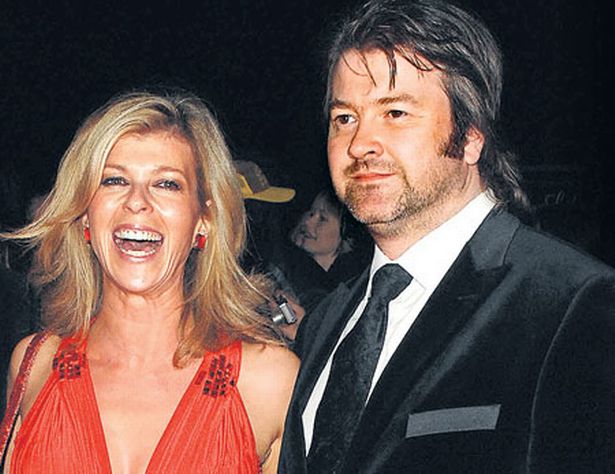 Derek was equally as unsure. “I remember saying to Gloria, ‘As if I’d want to go out with someone from breakfast telly!’ I bought the stereotype – high maintenance bimbo only interested in glitz and glamour,” he added.

Instead, Kate found he was ‘funny and clever’ but seemed ‘rather sad’, and after a somewhat unglamorous first date, she was smitten.

She told The Times: “He asked me out, but the day of our date called to say he had a clash: he’d promised to serve wine at an amateur watercolour painting exhibition at his church. I really thought it was a wind-up. But I turned up and he was indeed serving wine to the congregation in a salmon-pink jumper.”

In the summer of 2005 Kate, then 38, fell pregnant with their daughter Darcey by a ‘happy accident’ and the couple the knot at St Mary The Virgin Church in Primrose Hill followed by a glitzy Park Lane reception.

They also had a northern wedding for Lancashire-born Derek, gathering at St Mary’s Parish Club in Chorley where Oxford-born Kate joked that the accents were too strong for her parents to understand all the swearing.

“What she means,” Derek said, “is my relatives kept coming up and saying things like, ‘I can’t believe your daughter’s married our fat f**ker Derek.’ And they’d say, ‘Yes, we’re delighted, too.'”

Humour plays a big part in their marriage – as well as Kate’s ability to smooth over the soundbites of her controversy-loving husband who was once sacked from Talk Radio after calling the James Whale Show from a jacuzzi in a brothel and passing the phone to prostitutes to say hello. 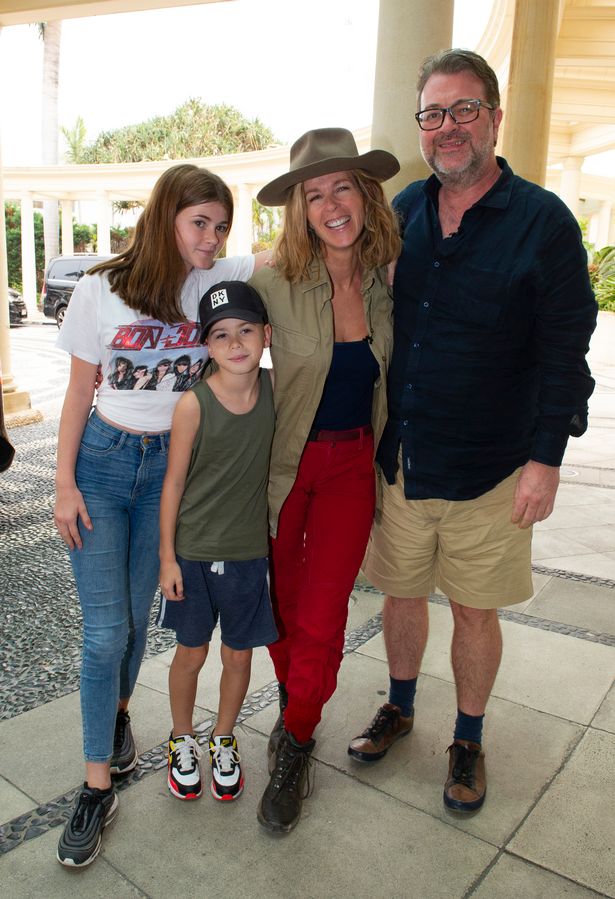 “Everything he says, I counter and gloss,” she once admitted. “If the situation’s going on quite smoothly, Derek will create chaos, just for the fun of it, whereas I see chaos and desperately try to smooth it over. So it’s a constant process of eruption and varnishing.”

The couple moved into a townhouse in the hip London suburb of Islington and son Billy arrived in July 2009. But their happiness was short-lived after Kate discovered a lump in her breast soon after his birth.

“You’re in the clinic, looking round at everyone thinking, ‘Why shouldn’t it be me any more than anyone else?’ It’s really scary,” she told The Sun of her agonising wait before learning it was benign.

They also tried in vain for a third child, but at 44 fertility experts told Kate it wasn’t to be.

Meanwhile, having suffered a nervous breakdown and been admitted to the Priory with depression just before meeting Kate, former party boy Derek has credited their marriage with helping him turn his life around. 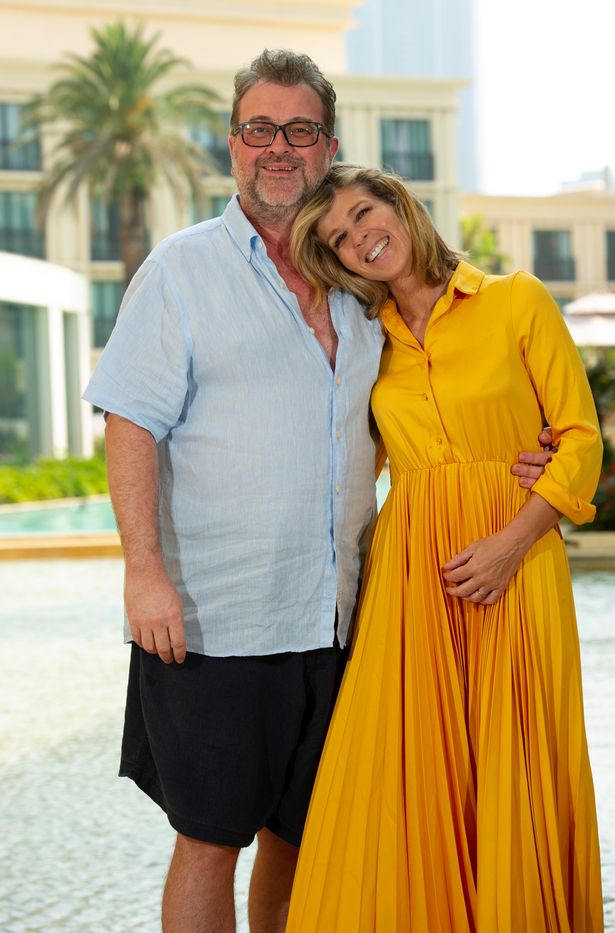 “I haven’t been depressed for years, since just before I met Kate, who has changed me for the better anyway,” he told the Scotsman.

“I got rid of my depression by doing a lot of intensive therapy, taking the prescribed anti-depressants, doing yoga and finding solace in prayer, because I eventually realised I had been masking the depression for years with overwork, drinking or womanising.”

He’s often joked that while Kate likes the new version of him, she would have ‘fancied’ the old him more.

And Derek certainly couldn’t take his eyes off Kate when she entered the I’m A Celebrity… Get Me Out of Here jungle last year, gushing over her ‘absolutely stunning’ bikini body.

He was so delighted to have his wife back once filming wrapped that he proposed for a second time and their daughter Darcey had been charged with planning the ceremony.

Kate told Prima magazine: “We’re going to have a second wedding and Darcey’s going to plan the whole thing. She’s 13, so it could be very interesting, but we’ll see.

Read More: Kate Garraway and Derek Draper’s devoted marriage and how they fell in love